Poor Torey getting asked the same questions everywhere and repeating the same story over and over again. But he is an awesome Christmas decorator.

You honestly expected something here? Ok, I will give you these then:

But we should not give up hope:

No one honestly expects Bauer to resign with the Reds now that they have gone into player dumping. But it still made for a nice read on Twitter when Trevor Bauer told Jon Heyman on there that he is just assuming. 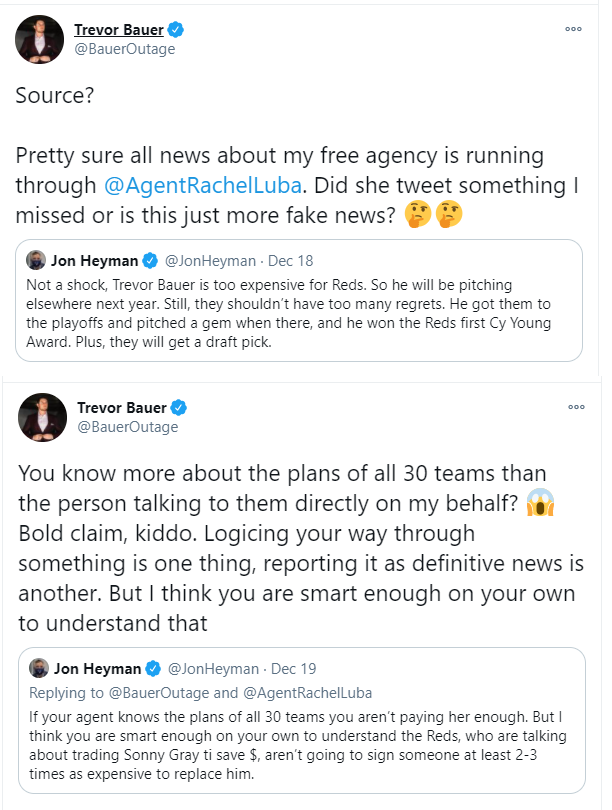 Teams took a big hit in 2020 and therefore MLB teams have recurred to massive layoffs in baseball and tight budgets for 2021. Should we feel sorry for MLB teams? Well, former Blue Jays president Paul Beeston once said:

“Anyone who quotes profits of a baseball club is missing the point. Under generally accepted accounting principles, I can turn a $4 million profit into a $2 million loss, and I can get every national accounting firm to agree with me.”

[Australia] All options on the table as ABL looks forward

The Australian Baseball League (ABL) decided the season would be played in bubbles with some weird schedule. Well, that whole plan can be thrown directly into the bin after this weekend. Just 2 of 10 scheduled games were played in the opening weekend when Australian states announced they would close borders, forcing teams to withdraw from travelling out or to pull out and return to their home states to avoid imposed quarantaine.