Maybe that's where the D-backs have gone wrong. They're really a wet-weather team...

Share All sharing options for: Snake Bytes, 9/27: Swinging in the rain

Again, virtually all the media outlets covering the theme are phoning it in, with the generic AP recap the order of the day. We want you to know, that the SnakePit will keep plugging away until the 162nd and very final game...

[dbacks.com] D-backs' offense breaks out against Nationals - "We've been struggling with runs, struggling with hits," D-backs manager Chip Hale said. "And I felt tonight we came out of it. It was great." "It's pretty great to see those guys swing the bats so well," D-backs second baseman Jean Segura said. "It's a good feeling." Segura hit two of the D-backs' five home runs -- both to right-center. It was his fifth career multi-homer game and fourth this year. Segura also added a single in the sixth, giving him a three-hit night and leaving him just four hits shy of 200 for the season.

[AP] Tomas, Segura lead 5-homer explosion vs. Nationals - Tomas hit a three-run homer and had five RBIs as Arizona beat the NL East champion Washington Nationals 14-4 on Monday. "I just tried to find the good pitches and make good contact with the ball," Tomas said through a translator. After Fernandez's death in a boating accident early Sunday at age 24, Tomas tweeted in Spanish, calling the late Miami Marlins pitcher a friend and thanking him for the moments he provided in baseball. Following Monday night's win, Tomas declined to talk about Fernandez.

[AZ Central] Diamondbacks to start rookie Matt Koch vs. Nationals - Hale said the club was also considering giving the start to left-hander Patrick Corbin, who has been dominant in relief for the better part of the past month, but ultimately decided they had more to learn by going with Koch. "The comment Stew and Tony said was, ‘Hey this guy (Corbin) has already proven to us that he will be in our rotation in 2017, so let’s see what Koch could do against a really good team,’ Hale said, referring to General Manager Dave Stewart and Chief Baseball Officer Tony La Russa. "Where does he fit for us next year?"

[dbacks.com] De La Rosa to get stem cell injection - "According to Dr. Andrews, he just doesn't see enough from the MRI in his exam to be confirmed that he needs to reconstruct the ligament," trainer Ken Crenshaw said. "Another option that people use is stem-cell, which is basically taking some of your bone marrow out, spinning it down and injecting it in. It's a little more complicated procedure than a [plasma-rich] injection, that's one of the options he presented to Rubby and that's the one he wants to go with. Given the first UCL reconstruction is 75-80 percent, the second one is about 40 percent, I think Dr. Andrews' feelings were let's just save our biggest bullet for last."

[AZ Central] Rubby De La Rosa to undergo stem-cell therapy - The Diamondbacks could have a decision to make when it comes to De La Rosa’s contract status. He made $2.35 million this year and will be eligible for arbitration for the second time next season. The club has discussed the idea of non-tendering him, a source indicated. But the organization could have a new baseball operations department in place by the Dec. 2 deadline to tender contracts, and by that point the team should have a sense of how the therapy is taking for De La Rosa.

[Fish Stripes] MLB Scores: Marlins 7, Mets 3 - Lead-off man Dee Gordon came to the plate wearing a helmet with Jose's "16" on it. Gordon, a lefty, stepped into the right side of the box and honored his fallen teammate with the game's first pitch. He switched to his normal side and inexplicably hit his first home run of the season. He didn't even make it beyond first base before his emotions took over. Gordon said after the game, "That is the furthest I have ever hit a ball... I don't know what that was.". Jose was definitely in attendance; not in body, but certainly in spirit.

[WSJ] For One Weekend, the World Plays Baseball in Coney Island - Dale Mcilwain sat in a half-empty MCU Park in Brooklyn last Thursday night, rooting for Great Britain’s national team in a qualifying game for the World Baseball Classic. He had traveled to the ballpark from his home in the Rockaways, Queens. Mcilwain, 45, said he became "immersed in British culture" at around age 10—he loved "Monty Python" and avidly watches detective shows like "Luther"—and recently traveled to England for the first time. There, he said, he "made lots of friends," and has been cheering on British athletes ever since.

[Stripes Okinawa] MLB vs. NPB: A playoff primer for Japan’s beloved baseball - As the MLB postseason begins, Nippon Professional Baseball’s (NPB) playoffs are also right around the corner. Japan’s 12-team league has a regular season schedule similar to that of MLB, but once October hits, that’s where the similarities end 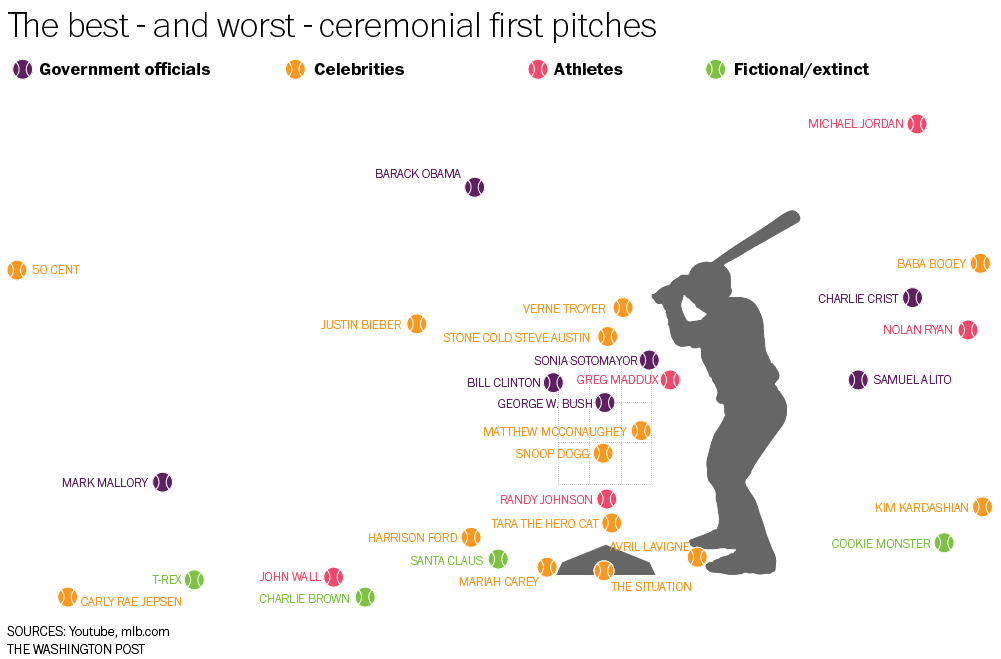