Hello friends. Here we are fresh off of a day off after being swept at home by The Phillies. Mike Butcher somehow still has a job, and I will be suppressing my anger with all the beers this evening. 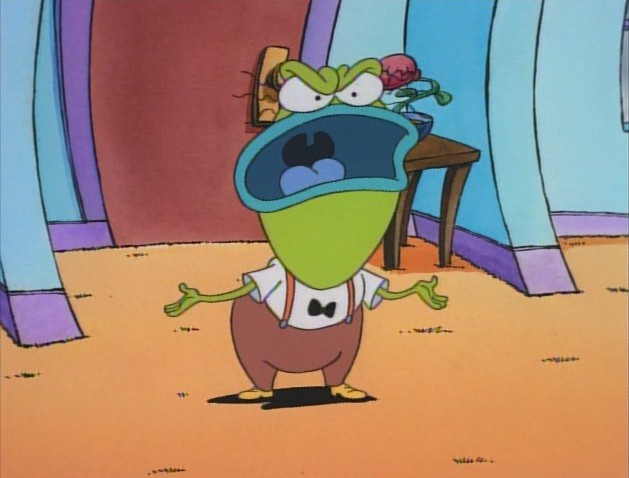 Anyone else think Bochy looks like a very drunk Bolshevik? Game on.

Jim Ah, the pressure. Mind you, the game probably should still have been 4-1 to the Diamondbacks at this point. With two outs in the top of the fourth, and men on second and third, Chip Hale [I'm presuming Shelby Miller is not allowed to make such decisions] inexplicably chose to pitch to the #8 guy rather than load them up for the opposing pitcher. It was as if Hale though Madison Bumgarner were up there, rather than Cueto, a career .102 hitter, who is batting a microscopic .054 this season. Instead of facing that, they sent Shelby Miller up against an actual, professional hitter. If you were surprised at the two-run single which followed... you are Chip Hale, I guess.

It was more of the same in the top of the sixth, Miller giving up another two-run hit with two outs, just proving unable of getting the crucial outs. That's been Shelby's folly all season: coming in to tonight, with runners in scoring position, opposing batters were hitting .333/.441/.796 against him. That likely hasn't dropped much here, with a double leveling the score and giving the Giants their first lead. Miller got through the inning, but his final line was five runs on eight hits and two walks, with five strikeouts, and his ERA went back up to 6.85.

With Miller likely having only one more start before the All-Star break, it's time to start looking at where his season will stand in the worst first halves of franchise history. The answer is: right up there. In terms of ERA, his 6.85 trails only two pitchers with 50+ innings of work. Brian Anderson had a 6.94 in 1999, and Omar Daal went 2-10 with a 7.36 ERA in 2000. So Miller probably won't be able to take Daal down, but another start like this one before the break, and he'll be neck and neck with Anderson. And, of course, both of them were operating in a much more offensively-minded time.

Anything exciting happen the rest of the way? Not really. Andrew Chafin tossed a scoreless top of the seventh, and Phil Gosselin was stranded on second after getting there with one out. Randall Delgado took things the rest of the way, but did allow a crucial insurance run on a solo home-run in the eighth. The Diamondbacks did threaten in the ninth, having runners on the corners with no outs. A Yasmany Tomas double-play ball ended that threat, though Gosselin then drew Arizona's first walk of the ninth to put the tying run back on base, and Peter O'Brien up, representing the winning run. Or actually, the game-ending K, though in his defense, strike three was well inside.

And so, Arizona rolled to their sixth consecutive defeat, also their sixth straight loss at Chase Field. That's tied for fifth worst in franchise history, yet isn't even the worst of this season. They need one more, to equal the seven straight defeats at Chase, between April 29 and May 15. It was their eighth consecutive game allowing double-digit hits, the longest streak since nine in a row, back in 2006. On offense, Welington Castillo pick up two hits, and Gosselin got a hit and a walk. Nick Ahmed left the game - suspicion is, his wife has gone into labor - and Michael Bourn banged a foul-ball off his foot late on, but hopefully won't join the entire roster of DL center-fielders we have. 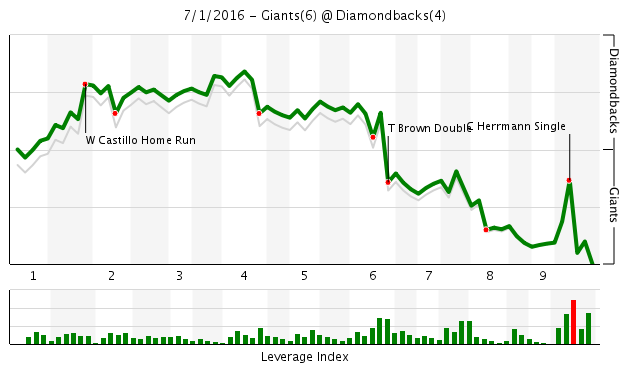 Yeah, Mrs. SnakePit is watching Gone With The Wind in the other room. MichaelMcD831993 crushed everyone else, with 4x as many comments as SongBird and GuruB, who were second and third. Also present: AzRattler, Indedave, Jackwriter, Jim McLennan, JoeCB1991, Makakilo, MrMrrbi, Oldenschoole, Xerostomia, asteroid, coldblueAZ, hotclaws, onedotfive and yakiniku. Once again, nothing more than two recs. Looks like we've lost the will to click the "rec" button, which seems strangely appropriate Still, we'll do it all again tomorrow, hoping for a different result. Patrick Corbin goes for the D-backs, and it's a 7:10pm first pitch.