Diamondbacks 10, Phillies 2: “I am the Brute Cap.” Said the beer squad.

Last time, edbigghead beercapped, there was a seven-run seventh inning for the Marlins. It was not a happy beercap. This one promises to be slightly better...

Share All sharing options for: Diamondbacks 10, Phillies 2: “I am the Brute Cap.” Said the beer squad. 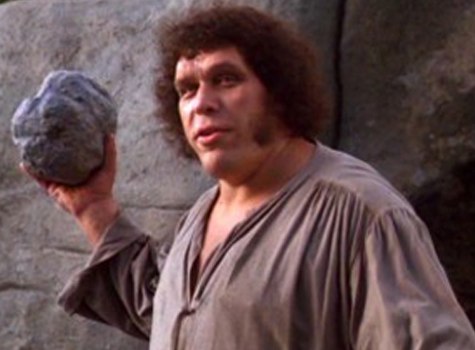 My way’s not very sportsman-like.

My dear friend Turambar is out of town so I have once again been asked to beer cap. Somehow the Phillies have a better winning % than we do, but after this series we will see. Anyways, bro. GAME ON!

A standard to most of the squad, I like the 16 oz cans because it's delicious, economical, and wise. Top of the 1st comes and goes with zero runs for the Dbacks. Bottom of the 1st, Ray clearly is having command problems. Rupp hits a huge ball off the top of the OF wall, Tomas assumes it's a HR and gives up fielding the ball that bounces back into the OF. Phillies 2 Dbacks 0. One thing I learned and taught as a coach was you keep playing until blue calls the play otherwise. Bad Tomas, bad Golden Corral. Terrible yeast roll. Next beer.....

Top of the 3rd. Nothing, NOTHING! 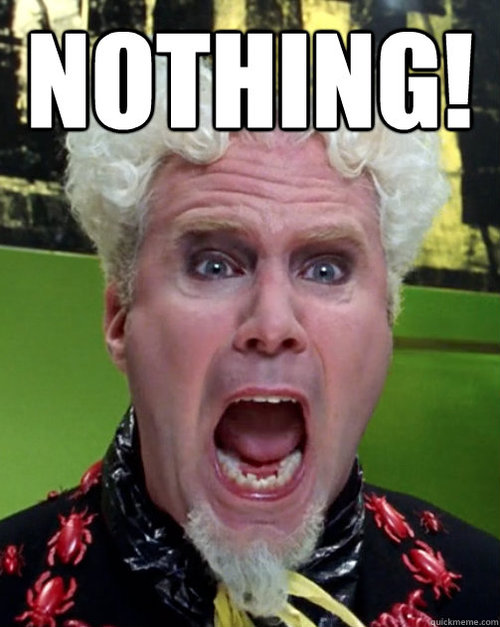 Bottom of the 3rd Tomas catches a ball for the final out. Yeast rolls are still a terrible marketing gimmick.

AND Tomas hits his 2nd HR in as many at bats. This HR entered the 3rd level like a redditor enters ‘‘gone wild’’, thus 7-2 D-backs. Very thirsty, much blue, many beer, such shy. Verify my Golden Corral.

Another blue can. Bottom of the 5th, zero bullpen, ZERO HANGOVER! Tomas is looking more athletic. Ray wants this win like I want a smoke break. End of 5th, 7-2 us.

Top of 6th now, Bourn with two outs bloop single. Goldy with a smoked ball to left, Bourn rounds third but the windmill of death Williams sends Bourn home.....and the Phillies catcher makes a sandwich, cuts up some onion, slices the meat and tags Bourn out 10 ft in front of home. Blue cans now. Blue. Cans. Now. My son, whom some of you old heads have met, is looking at Hall like ‘‘ why you no hire my Dad as enforcer/3rd base coach?’’ 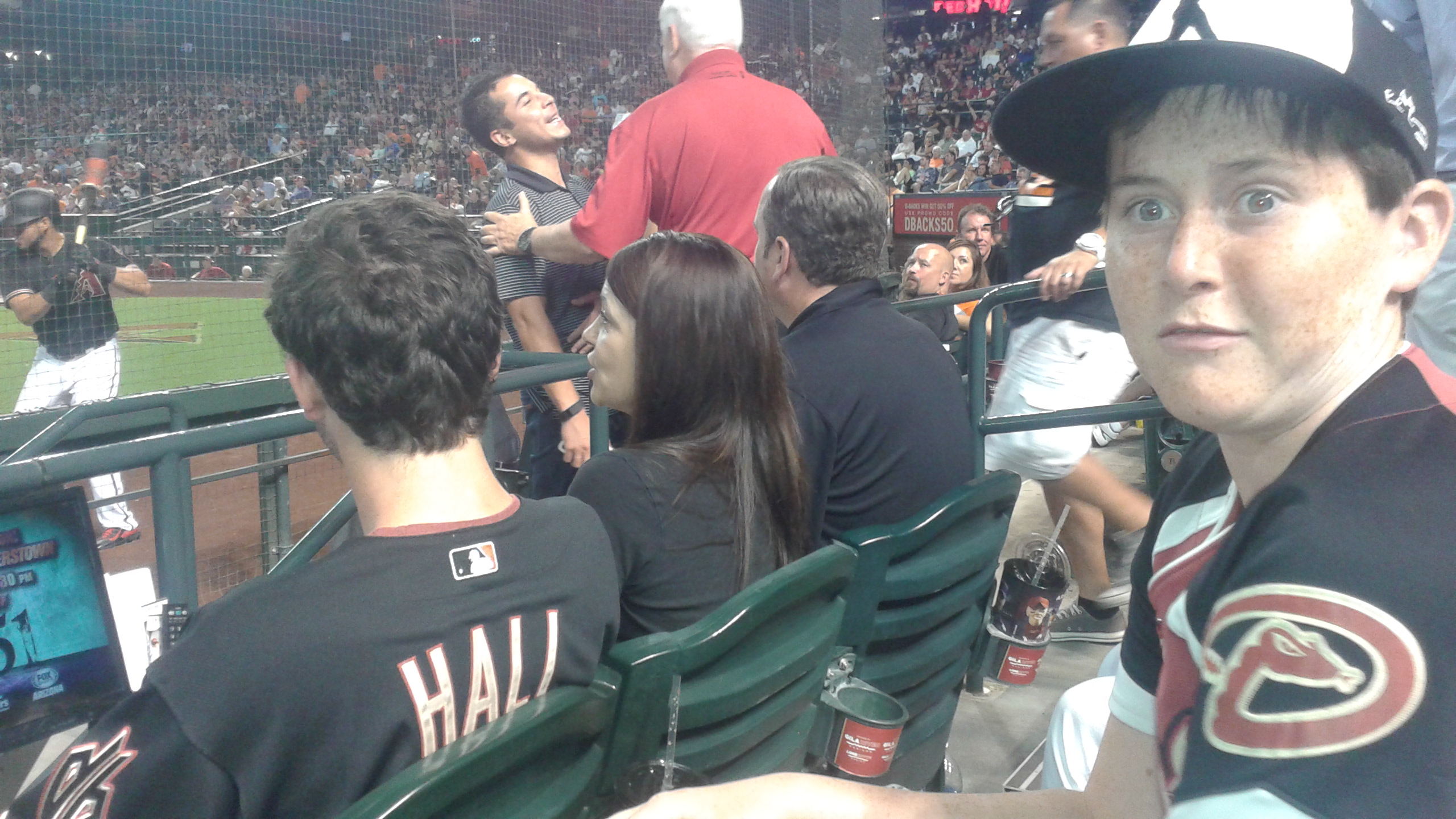 Bottom of the 6th and the Phillies are dead inside.

Top O’7th and Beef hits a solo shot to center field, Beef bat flips and crosses home grabbing his balls. O’Brien up and hits a solo HR, and slams a blue can with me in section brute squad: row yellow shirt: seat bro ham. 9/2 Dbacks at this point. The Phillies relief version of Qualls now wants to kill himself as he gives up the only walk thus far for the Phills. Goose Gosselin up now, two outs, can he hit? No. End of the 7th and I slap my beer cans together in a prayer motion as I cross home patio for a smoke break, and look to heaven. Science be praised.

Bottom of the 7th, Chafin is back and I’m clenching. And relaxed. Chafin with 3 up 3 down. Blue cans galore, top of 8th now. BTW, I'll tell you what, bros.....it's been a good night. Top of the 7th and The Lord Emperor approaches. Goldy hits a home run like it's not even a big deal bro. 6 home runs at this point for the D-backs. 10-2 D-backs and how is Todd Walsh still alive?

Bottom of the 8th and Godley is in. Welcome back. We Fu€£ing missed you. Science, I love Godley. 123 inning and he's better than 90% of our BP already. Don't argue that. I know you want to though, stat guys.

Here we are, slightly smashed, all The Brute top of the 9th. Two outs and Lamb hits his 3rd hit of Game. I love Lamb. Ahmed up and he's Ahmed. Bottom of the 9th coming up. So many commercials. So many clouds. Very server.

Oh. My. God. Delgado is our closer tonight. I don't even want Delgado to check the air pressure of my tires or spell check me. Remember when his Mom used to make him wear protective eye goggles? Oh My God. Delgado gets the non-save. Mehhhhh. Either way friends, we win. We hit all the home runs and we drank all the beers. Peace to Turambar, Asteroid, Jim ‘n Chris, Soco and his girl, Clefo, Bun B, WC, Ice Cube, Phil L and his girl, Emily, Devin up in Nevada, and yous guys. I’m on the brute squad. I AM the brute squad. If I forgot you then come and see me at Chase, I'll buy you a bar.

Editing, bells and whistles by Jim. 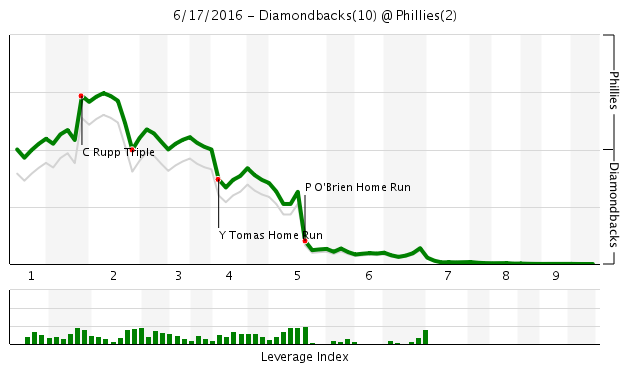 What do we call fielding impotence?

It's okay, Phillies. It happens to everyone, now and again.... Tomorrow, it's Zack Greinke going for the D-backs, seeking win #10, and I'm feeling cautiously optimistic. It all starts just after noon, Arizona time.