The Week in Diamondbacks Tweets

The draft happened, and so did a bullpen meltdown - while another was narrowly avoided.

Share All sharing options for: The Week in Diamondbacks Tweets 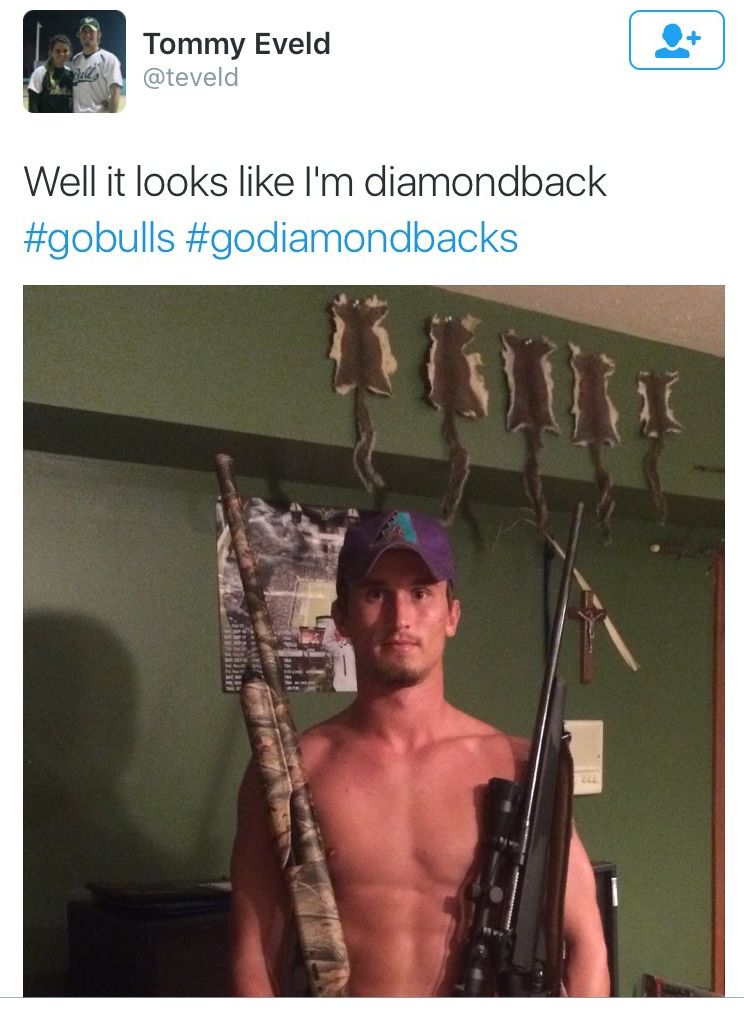 The day my life changed. To everyone in this years draft enjoy the roller coaster and good luck! @MLBDraft! pic.twitter.com/ksapPxttpl

"Tacos have signability concern, as Charlie has $9 in cash. Also if quesadilla signs below slot he can go after a Sprite in later rounds"

Guess who the "he" is in the next Tweet?

He swung at all of ‘em. pic.twitter.com/oJIVq636Sc

The glorious moment when Brandon Webb's outfit matched the carpet in the lunch room #TooPerfect pic.twitter.com/MutSSRflCn

Eerily prescient Tweet of the Week - this was from SUNDAY, please note...

Trying to figure out why Baylor only starts screaming Daddy when she hears the announcers say bases loaded .......

@AZSnakepit What was the big difference maker tonight? Sarah Palin in the crowd or Chip Hale getting tossed?

The struggle is real. pic.twitter.com/nqXz0EukHe

However, this was a pretty dull contest. Matinee games are always tough: tedious losses even more so. I had to send out an open plea for this one: here are a selection of the replies:

And then there's this, which is the point at which I officially gave up.

This DBacks game may be boring but we have managed to get the wave to go around the entire stadium 6x.

2 Marlins fans been sad all game. I told them just be patient. Now they're all happy. Dbacks the most opposing fan friendly team in sports.

Nothing more fun than angry old ladies. It's too hot, too crowded, you're using my cup holder, I hate children, I hate signs

#Dbacks Hudson enters to Linkin Park. I took my son to a Linkin Park concert when he was a kid, but he refuses to acknowledge that now.

The @Marlins and @Dbacks share a moment of silence for the victims of the mass shooting in Orlando.https://t.co/5LHd8XlY0X

The bullpen does the Simba thing...

Just stress ate everything I bought at Sprouts today .... Now on to setting up a college fund for @BradZiegler 's kids

@DHuddy41 eh - forget that one - we can split Bournie's dinner