Meh. Hope is for the weak.

Let the record show that Brad Ziegler closed things out with a 1-2-3 ninth, and the Diamondbacks clinched the series win, and get to go for a very much needed sweep tomorrow. 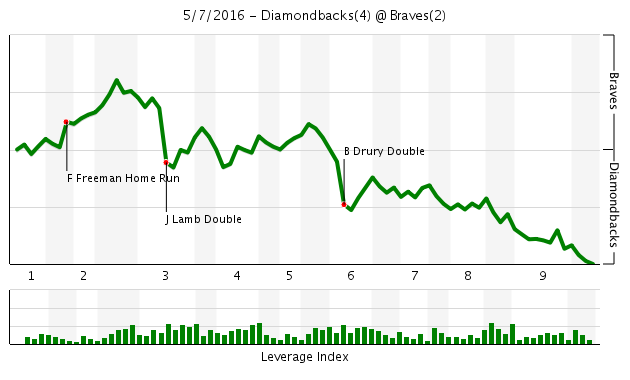 I've just been rewatching the Bartolo video the last half hour

by JoeCB1991 on May 7, 2016 | 6:36 PM reply rec (5) flag actions
This major-league hitting thing is clearly vastly over-rated! Anyway, having safely negotiated the shoal which is a Shelby Miller start, the Diamondbacks find themselves with a shot at the sweep tomorrow in Atlanta. Patrick Corbin starts for up, with first pitch at an unseasonably early 10:35 am. See you then(ish).