Share All sharing options for: Diamondbacks 2, Cubs 4: Beercap of Doom

[Editor's note: at this point communication with our beercapper was all but lost, with the final message the following text:

I was actually pleasantly surprised, having opening up the editor expecting to find the recap version of a Gwar concert. I've certainly written worse, and the above largely captured both the spirit and important aspects of a game which seemed a lost cause after Zack Greinke conceded three runs before we sent anyone to the plate. About the only point of interest not covered, is probably Rubby De La Rosa's bullpen appearance in the eighth - his first as a Diamondback. However, in the post-game media session, manager Chip Hale seemed to indicate this was planned to coincide with Rubby's scheduled day to throw on the side, and he's still on track to make his next start. 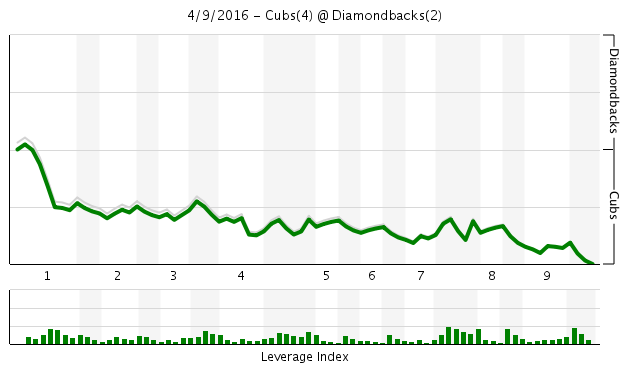 Comment of the night to SedonaRed24, for his sardonic comment on Greinke's pay-rate: Or maybe it was the picture of the wine which got all the recs - it seems particularly appropriate for a beercap!

On a side note, anybody try this wine? They sell it at Sprouts. I’m gonna to break it over my head Series finale tomorrow afternoon at Chase, with Shelby Miller also seeking to improve, but with a tough draw, up against the Cubs' ace, Jake Arrieta.