If there was a game to drive you to drink early, it was this one. Patrick Corbin sucked early, the bullpen didn't help and the offense fell just frustratingly short of pulling everyone's ass out of the fire. God help us all.......

Share All sharing options for: Diamondbacks 7, Pirates 8: Beercap? Don't mind if I do... 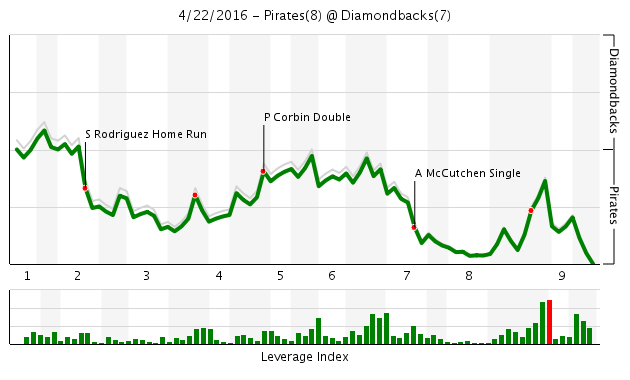 Although I doubt he's still hungry after eating that banana

by jmfugate on Apr 22, 2016 | 8:12 PM up reply rec (4) flag actions
Context available separately. :) We'll be back at it tomorrow night, with Rubby De La Rosa apparently scheduled to start for the Diamondbacks. Though are we sure he didn't start tonight, and just pitched with his other hand? Going by the home-runs, seems plausible...