Randy Johnson's #51 will be retired at Chase Field on Saturday, in front of what is certain to be a packed house. Here what you can expect, both if attending the game, or if you're watching on Fox Sports Arizona

Gates open at a particularly early 2:30pm, and given the sellout, I'd certainly recommend you get there early. The team says you should be in your seat by 4:30pm at the latest, and you should expect it to take longer to get into the park than normal. The D-backs will be giving away commemorative Randy Johnson #51 Retirement T-shirts to all in attendance, courtesy of Fry’s Food Stores. You will also have the chance to take a photo with Randy Johnson’s National Baseball Hall of Fame plaque, temporarily on loan from Cooperstown, as well as the 2001 World Series trophy and two of Johnson’s Cy Young Awards at both Friday and Saturday’s games in the Right Field Deck.

Guests at the ceremony include the team General Managing Partner Ken Kendrick, backs President & CEO Derrick Hall, Luis Gonzalez, former D-backs owner Jerry Colangelo, plus MLB Senior Vice President and original D-backs General Manager Joe Garagiola, Jr. There will be a special gift presentation to the Big Unit from Kendrick and Hall, as well as a montage showing highlights from Johnson's career and personal messages from former D-backs players and baseball legends,  before unveiling the #51 hanging in right field

The team will also honor Johnson on the day. All D-backs players and coaches will wear 51 on their batting practice jerseys with a commemorative patch on the sleeve. During the game, they will wear the traditional Saturday blacks, also with a Randy Johnson No. 51 commemorative patch on the sleeve and the New Era cap; the latter are shown below, and are already on sale. These game-worn jerseys and caps, as well as game-used baseballs and bases, will be auctioned off online. Other game-used items, including the batting practice jerseys, will be available for purchase the D-backs Authentics behind section 141. All proceeds benefit the Arizona Diamondbacks Foundation. 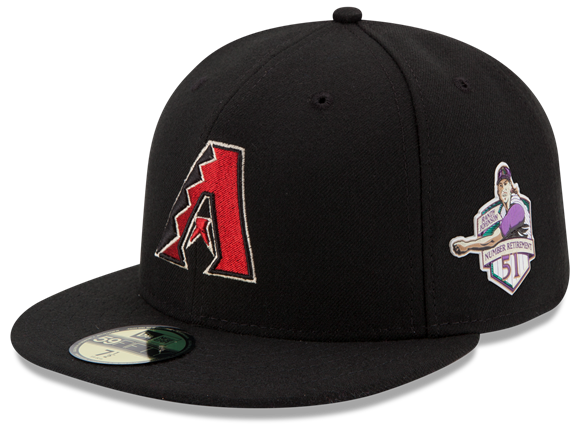 I know there will be a number of SnakePitters at the game: the aim is to try and get together in the Arizona Draft Room pre-game, but I'm fairly sure about nine thousand other people will have that idea! Still, if you'll be there, speak up in the comments! Because Mrs. SnakePit couldn't get the day off, I actually have one spare ticket in section 137 (or thereabouts), so if anyone wants it, let me know. The plus: it's free. The minus: you have to sit next to me, and perhaps feign amusement at my crap jokes. Up to you whether it's worth the effort or not!

If you're unable to make it to the game, but can watch FOX Sports Arizona, the channel will be featuring some of RJ's greatest performances as a Diamondback, with a total of 11.5 hours of programming, including live coverage of the pre-game ceremony. During this All Day With Randy Johnson marathon, 8, FOX Sports Arizona will let fans relive his 20-strikeout game from 2001 and his perfect game from 2004. In addition, the network will also showcase Johnson during its special one-hour edition of the "Diamondbacks Live" pre-game show that leads into coverage of the D-backs jersey retirement ceremony shortly after 5 pm.

Following the D-backs & Reds post-game show that night, FOX Sports Arizona will premiere Randy Johnson: Road To Cooperstown. This show is the product of the FOX Sports Arizona crew who made the trip to Cooperstown to go behind the scenes and document Johnson's weekend when he was enshrined into the Baseball Hall of Fame on July 26. Hosted by Todd Walsh, previews of the show can be viewed this week on FOXSportsArizona.com. Here's the full schedule for All Day With Randy Johnson: 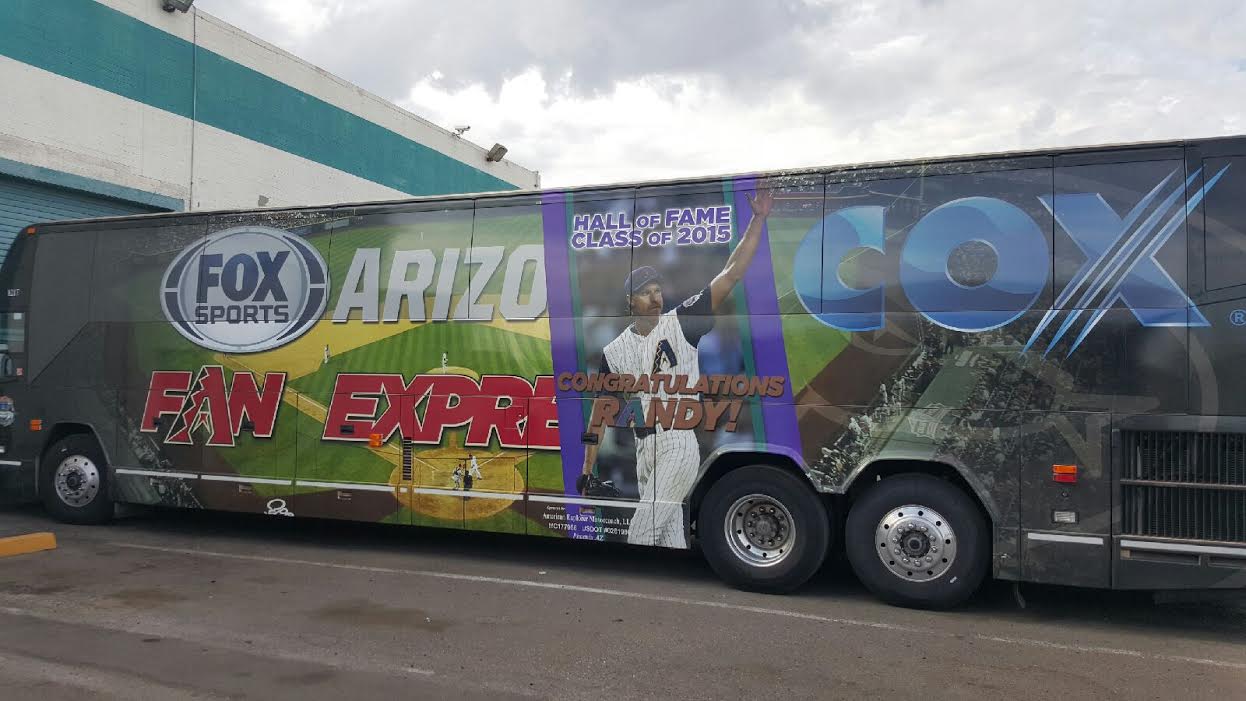