How can the batter fight back? He can look for a specific pitch in a specific location. Often the ball-strike count, and the game situation help him decide what he will look for. Also, he can look for clues that the pitcher is "tipping" his pitches. For example, the pitcher wrinkles his forehead before he pitches inside and high because he is uncomfortable risking a hit batter. Or the pitcher smirks when he is about to pitch his "best" fastball.

How can the pitcher fight back? He can select and sequence pitches wisely. He can change the speed of his delivery, making the batter increase focus on timing. However, if the pitch flies before the batter is ready, it is an illegal "quick pitch."

As a fan, are there ways to measure a pitcher’s deception? One way would be to visit a ballpark and watch the game with binoculars. The way I chose was to look at metrics. I picked three metrics to cover a broad range of deception: A) strikes per hit allowed, B) when pitches are outside the strike zone, what percent were swung at (without looking at result), and C) when pitches are in the strike zone and the batter swings, what percent have no contact with the bat. For potential Diamondback pitchers in 2015, I looked at their 2014 major league season. For three injured players I looked at their 2013 season. I found some data (hits, O-Swing%, and Z-Contact %) on FanGraphs website and some data (strikes) on Baseball Reference website. Calculated numbers were strikes per hit, and Z-no contact%.

For strikes per hit allowed, the best pitchers were all relievers: David Hernandez, Oliver Perez, Randall Delgado, and Addison Reed. This tells me that the when batters see a pitcher more than once (as they do for starters), they figure out how to get more hits against the pitcher.

For enticing batters to swing at pitches outside the zone the best pitchers were Evan Marshall, Brad Ziegler, Patrick Corbin, and Vidal Nuno. This could help explain why Ziegler gets so many double plays

For making batters miss pitches in the strike zone, the best were Allen Webster, Oliver Perez, Addison Reed, and Randall Delgado. My guess is that this reflects unpredictable speed and movement of the pitched ball

The overall most deceptive was Evan Marshall. For more detail, see the following graphs. 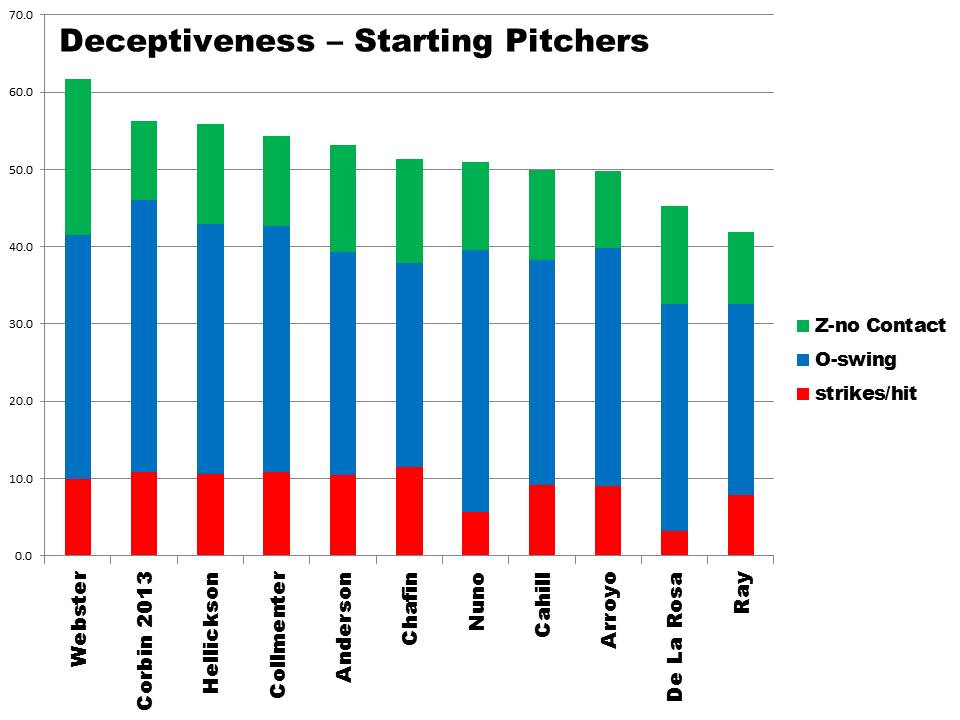 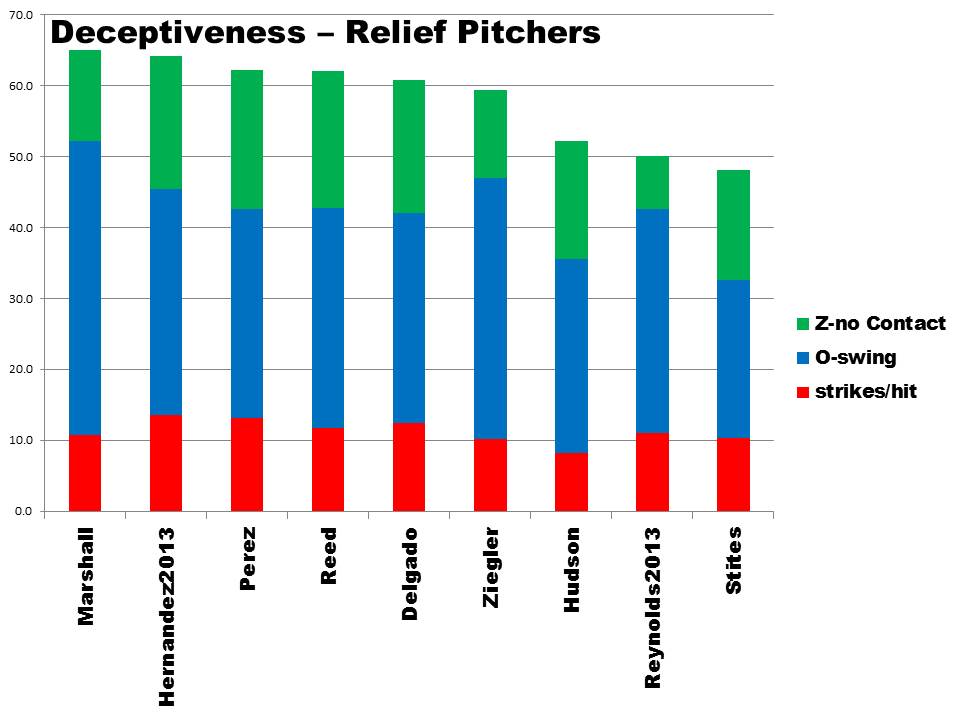