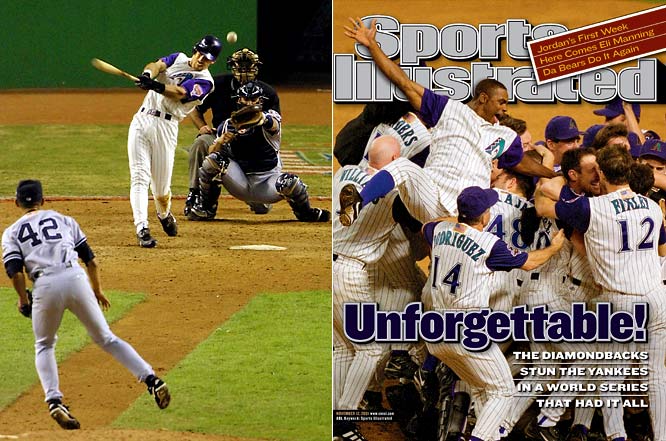 My name is Mike, and I go by Shibo in the world of SB Nation. I'm mostly a member of the Over The Monster community over here.

This offseason, I've tried to bring something new to our community. As you know, the offseason is way too long, and one thing that I really missed was the nightly gamethreads. They keep the community going, and it's a fun way to watch a ballgame. So, I decided to try some classic gamethreads, with some meaningful games that would allow our fans to learn a little something while spending some quality time together. We had some success with our first game, and decided to branch out a bit after that. We invited the fans at Red Reporter to join us, and we've spent the past couple of months watching the 1975 World Series, one night a week.

Lately, we've been trying something new: games that involves neither one of our teams. The RR guys wanted to enjoy the Cubs' pain once again, and they chose the Bartman game for last Friday's entertainment. As Sox fans, we always enjoy watching the Yankees' pain. So, this week, we plan to enjoy the 7th game of the 2001 World Series.

What makes these game threads special is the chance to not only watch some baseball history, but to interact with the best of the SB Nation fanbases. We talk history, we've been talking winter meetings and trade rumors, and just sharing our love of baseball with some fans that we wouldn't otherwise meet. These friendships carry over in other SB Nation articles, and just generally result in more respect between the fanbases.

I've really enjoyed getting to know the RR guys, and I thought it'd be great to get to know some of the people here as well. So, I'm extending the invitation here to the fine fans of AZ Snake Pit. Would you like to come watch your team win a world series with some Reds and Red Sox fans tonight? We'll talk baseball and have some fun. Here's a link to the thread. I hope to see some of you there!