Kevin Towers and Apple, two things you might think are nothing alike. What this column suggests is: WHAT IF THEY ARE?

Share All sharing options for: The Wild Card: iBacks

If you were near any sort of internet on Tuesday afternoon, you were probably at least tangentially aware of Apple doing its occasional "LOOK AT THE SHINY NEW THING!" promo. "Get this slightly better phone device that costs 80% of your rent payment! Oh by the way, we're offering this new U2 album for free AND YOU HAVE NO CHOICE WHETHER YOU WANT IT OR NOT!"*

* (For the record, I like U2, and it's a pretty solid album and I gladly took it. Seriously, there are some good songs on it, check out 'The Troubles', but it does seem very much them and Apple to take something and just say "YOU NEED THIS AND YOU WILL HAVE IT NOW!")

But the real coup de grace of the whole thing was the revelation of the iWatch, which is basically a large watch that does all the things your iPhone does. Can you own it in lieu of a phone? Of course not, don't be silly, you have to throw $texas down to get this unwieldy looking thing 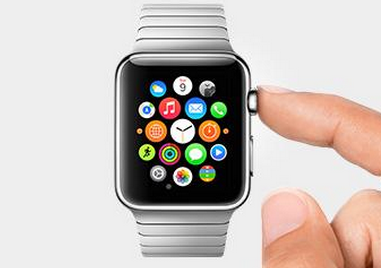 I (and several other literary nerds) was reminded of the following passage from The Hitchhiker's Guide to the Galaxy:

Far out in the uncharted backwaters of the unfashionable end of the western spiral arm of the galaxy lies a small, unregarded yellow sun. Orbiting this at a distance of roughly 92 million miles is an utterly insignificant little blue-green planet whose ape-descended life forms are so amazingly primitive that they still think digital watches are a pretty neat idea.

The thing, to me anyway, is this: No matter how fancy or technologically advanced or neato this thing is, it's just a thing for the sake of it being a thing. There was no real need or demand for someone to get a watch that does all the things your smartphone does. It's just doing something for the sake of doing something. You might argue that this is true of anything, but I'd argue that things like the iPhone and iPad have more actual utility and have made certain tasks easier with their advent. The watch? I feel like getting your phone out of your pocket/purse to check the time isn't going out style anytime soon.

Guess what this thing for the sake of itself immediately reminded me of?

Now that the Kevin Towers era (R.I.P, See you at Tha Crossroads) is through, there has been a lot of looking back and wondering what it all meant. This is not a particularly complex question. Any General Manager's legacy with their particular team(s) will be way less complex than any, let's say, President of the United States'. KT's legacy can be summed up as such: He made some moves that turned out to be both unpopular and, for the most part, not beneficial for the Diamondbacks, thus he does not have that job anymore.

But it's the nature of a few of these moves that makes me think of this comparison. Because there were a few occasions where KT introduced something shiny and new that nobody realized that the Diamondbacks needed, and in most cases, they didn't! However, this one stood out. I'm specifically thinking about Jason Kubel.

The Diamondbacks were coming off a season which had them reach the NLDS. There was a pretty solid core in place, especially in the outfield of Gerardo Parra, Chris Young, and Justin Upton. It was pretty obvious that wasn't an area of glaring weakness for the D'Backs.

But Kevin Towers wanted to make a fancy watch, so he did by signing Kubel in the 2011/2012 offseason. This was not a necessary thing, at all, and we all know how it ended.

Even if Kubel represented a (very) short term upgrade, that money could have gone elsewhere, like shoring up a pitching staff that pitched over its head in 2011, for example. Much like your money that goes to buy your iWatch could have gone to buying food or a fun experience with a loved one.

Obviously, this isn't the most apt metaphor. Apple, for the most part, makes good software and hardware and there isn't an annoying and easy to make fun of cult surrounding Kevin Towers (...right?) But as I followed along at the twitter snark surrounding the Knight Rider watch, with other people being convinced that this was something they absolutely needed, I immediately thought about the Kevin Towers era. Then again, I look at my eggs and toast in the morning and think about Kevin Towers. I'm a strange person. However, it does have some fun applications...

"The new iTrumbo will not only hit more dingers (in April only) but it will only cost you an Adam Eaton and Tyler Skaggs in retail! You can now take this power anywhere with you and stream strikeouts, text lower OBP, and make calls to shaky defense in Left!"

"And one more thing! For our closer, the guys who will end games for us. You might say they're 'Even Better Than The Real Thing' and that they'll go to 'War' for our team and they will give opposing hitters 'Vertigo'."