You got questions? I've got (intentionally) terrible answers!

Share All sharing options for: The Wild Card: Questions? Answers!

So because I'm lazy and on my last rope for ideas willing to hear what you, the reader, has to say about things, I've opened up this week's column to a mailbag format, taken from various social media and occasionally my mind. I have no other introduction for this, so here we go:

Who gets traded before the deadline and what do we want in return?

Well, that's always an interesting question. When one thinks of the history of questions about the trade deadline, one must consider the various factors that go into a trade deadline. One must also consider the way you pad a response out while you think of the answer.

There is a recent history of the Diamondbacks unloading people at their nadir, value wise, (Ian Kennedy, Stephen Drew, etc.) so Brandon McCarthy to the Blue Jays for Radhames Liz. is not totally unrealistic. In any case, McCarthy is the most likely trade candidate because of contract status and the perception that he could help a contending team.

But let's not settle for that, let's reach for the stars. I'm sure Terry Ryan has some weird fraternity initiation photos from his past that he would rather not let see the light of day. You might come to an agreement after displaying said photos. And then, boom, Cliff Pennington for Byron Buxton.

Can I like both? They both had high points and low points. They both had original creators who got a little off the handle later in their creative cycles with the franchise. Seriously, Gene Roddenberry had a rule that the Starfleet characters were not supposed to have "Interpersonal Conflicts" Which... how in the hell are you supposed to write drama that way? The mind bottles. This is why I'll fight people in bars with broken beer bottles in saying that Deep Space Nine was awesome. It still fit the "Star Trek" mode, but it was sort of self-contained, and the characters did have conflict with each other and near the end it became dark and gritty (The good kind of gritty, not the kind that causes Brad Ziegler to hit David Wright with a pitch with the bases loaded because Wright said to Ziggy, and I quote "Rush is overrated." Even though David Wright is, pardon the unintentional pun, in the right here. Rush sucks.)

As far as Star Wars. I'll also still ride for it, because it's still conceptually awesome if you phrase it a certain way (WIZARDS WITH LASER SWORDS AND TELEKINESIS FIGHTING EVIL), but also I feel that its impact on movies in general has been sort of forgotten with time, what with Michael Bay farting out a CGI-explosion fest every two weeks. However, you never really saw sci-fi, or anything really, with that much scope and, for lack of better term, "Bigness" before Star Wars (at least according to my parents and vague research I've done. I was born in the late 80s)

I will say one last thought on SW. I'm vaguely encouraged from all those leaked set pictures that J.J. Abrams has decided to keep things as "real" as possible. I.E using real sets, props, etc. I think CGI is great for like big space battles and stuff, but having it everywhere and for everything, like it was for pretty much the entirety of Episodes II and III, can get a little disconcerting at times.

Who would be on the All-Star team, if you were choosing?

I'm not sure if this means which of the Diamondbacks would be on the All-Star team, or just in general? Because I have a more interesting answer for the latter, I'll go with that (I mean, Paul Goldschmidt, duh.)

I would not pick an All-Star squad based on things like "Is good at Baseball" or "Even plays the sport professionally", because that's boring. Because Bud Selig is the type to kick his doctor in the face after getting a reflex test, the All-Star game has turned from a fun exhibition where you got to see players that didn't usually play against each other on the same field, to the morose, ill-guided "THIS TIME IT COUNTS", because Joe Torre and Bob Brenley had the temerity to play all of their players in a meaningless game. (I personally blame Torri Hunter for robbing Barry Bonds of a homer in the first inning of that game for all that.) So I'll reduce it back to its inherit farcical nature.

Who's on my All-Star team? Miley Cyrus, Los Angeles Lakers guard Nick Young, Nigel De Jong, Billy Carter, Lee Majors riding a motorcycle with a monkey in the sidecar, etc. It would basically be a bulked up version of the softball game. And honestly, would anybody takes it any less seriously?


Does rain actually exist, or is it just a myth? 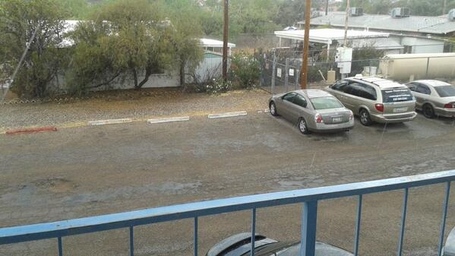 Here is photographic proof that on June 17, 2014, it rained in Tucson, Arizona. Now you can look at this picture and say "Hm, yep that's definitely some raindrops and an overcast sky and yes, rain exists. Or, you can be *that guy* and go through this pixel by pixel in an effort to prove that "CLEFO'S JUST BEEN CONTROLLED BY THE RAIN ILLUMINATI, SHEEPLE! HERE'S A FACEBOOK POST FROM 2008 WHERE HE SAID HE HAD A SOFT PRETZEL AND IT WAS PRETTY GOOD I MEAN CONNECT THE DOTS!"


What is the political philosophy of Thor, the Marvel film franchise?

How long till we have a human settlement on mars? Will there be baseball there?

Probably not for awhile. Space travel has become passe within the past few decades, and that makes me kind of sad, but it is what it is. It might not even be feasible, as the most research on the topic is that it isn't the kind of place to raise your kids, and it's cold as hell.

As far as Baseball? Of course, or something like it. According to an old Astronomy textbook I found in my closet when it would have been more efficient to look this up online, Mars' gravitational acceleration is 3.711 m/s² (meters per second squared) By comparison Earth's is 9.78 m/s², but you already knew that because you all paid attention to the first week of High School physics class, right?

Basically, what this means, is that you can hit a Baseball REALLY REALLY REALLY FAR on Mars, but it wouldn't be too totally cheap like it was on the Moon. Parks would probably have to be bigger, but Mars has all sorts of land that you can build Publicly Funded Stadiums up the wazzu. (Look, that park will really drum up business near Terra Meridiani, so no you can't debate this measure.)

Is there anyway to say "They thought I was mad. But I'll show them... I'll show them all!" while still emoting, but not sounding like a mad scientist?

Yes. You have to approach it like a sort of misunderstanding. Like you went in to work and you just were just by yourself, thinking about your life or something, and your co-workers misinterpret that as being angry and sort of give you a wide berth. You notice this eventually and ask someone and they tell you. You realize this and feel silly, and so to show them all you aren't angry, you buy them a cake they can share at lunch and let them have it to show you appreciate them and that there isn't any animosity. So the "emoting" would be one of realization, and then determination to make up for the perceived slight.

Look, it's not the most likely of scenarios, but you asked the question and I answered it.

Thank you for reading this, and thanks to those who submitted questions. This was actually kind of fun so maybe I'll do this again, maybe once every month or two. Or not, I dunno. I could call it "Letters to Clefo".... Because that's a vague pun on the band "Letters to Cleo", a rock band from the 90s... IT'S FUNNY, LAUGH.