The Wild Card: All in the cards

In which I assemble a team from my Baseball Card collection

Share All sharing options for: The Wild Card: All in the cards

I've had, for years, a large black binder of Baseball cards that I will occasionally go through and look at. These are pretty old and there are no newer than about 1995. However, I got the idea that since I have so many that I should try to assemble a 25-man roster from them.  I stuck to normal sets you would get (Not like "LEGENDS OF THE GAME" sets that have the entire history of Tom Seaver's career right down to some food poisoning he got in the offseason of 1983) and I didn't try to assemble the best team, but the most interesting. Here they are, position by position. (I link to their Baseball Reference pages and their career bWAR. Why that one? Because I don't feel like navigating another page.) 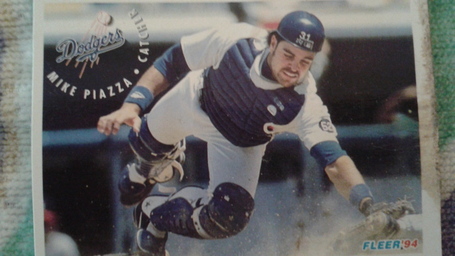 Easily one of the, if not the, best offensive Catchers of all time. Not great defensively, but having that bat in the middle of a lineup would mitigate those deficiencies. I could be wrong. 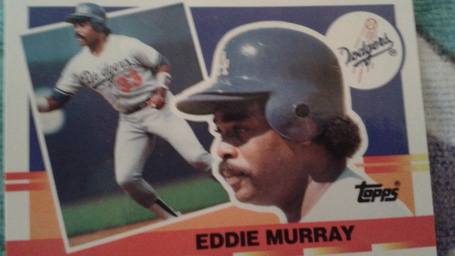 A hall of fame First Baseman, switch hitter, and apparently the all-time leader in Sacrifice Flies in MLB history, he also adds a big bat to the middle of my fictional lineup. 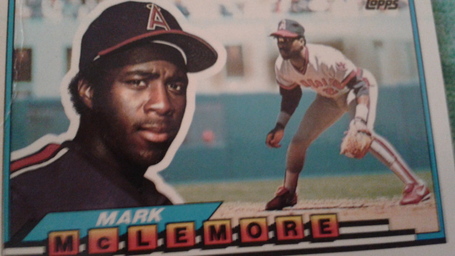 As his last name spelled kind of wrong implies, there was some thrift shopping for middle infielders in this set. However, he had a solid, if not spectacular, career and was a guy who you probably heard of during it. (Future generations will call this the "Skip Schumacher Corollary") 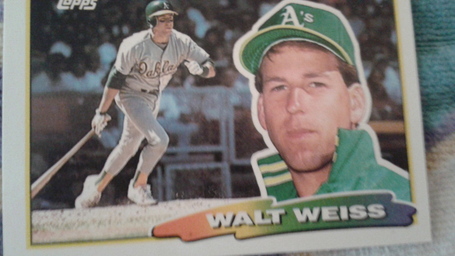 Look at that sort of dead-eye, staring into nothingness look. That's a man who knows that he'll have to manage the Rockies one day. 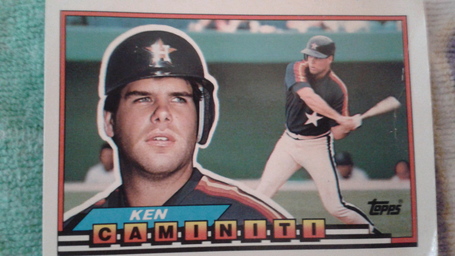 Good power from the left side, only slightly below average defensively, and a former MVP winner. Any other things he's known for....? Oh yeah, this. Died of a drug overdose in 2004. Life is icky sometimes, but you can't really sugarcoat it. Or something. Someone put that quote on a picture of a woman doing yoga on the beach in the Papyrus font. 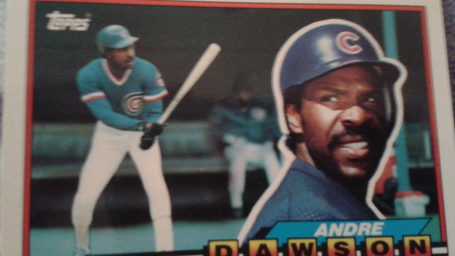 MVP, Gold Glove, Silver Slugger, Hall of Famer, made less money in the highest paid season of his career than what Mark Trumbo makes this year. 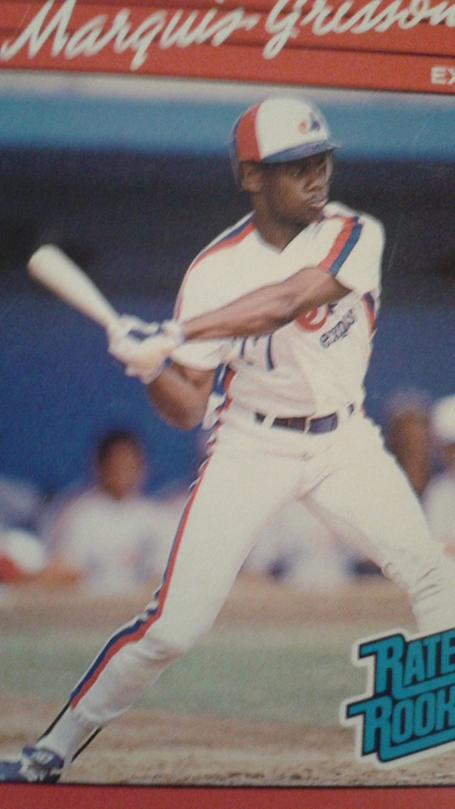 A leadoff guy and a good defensive Centerfielder. Solid choice. 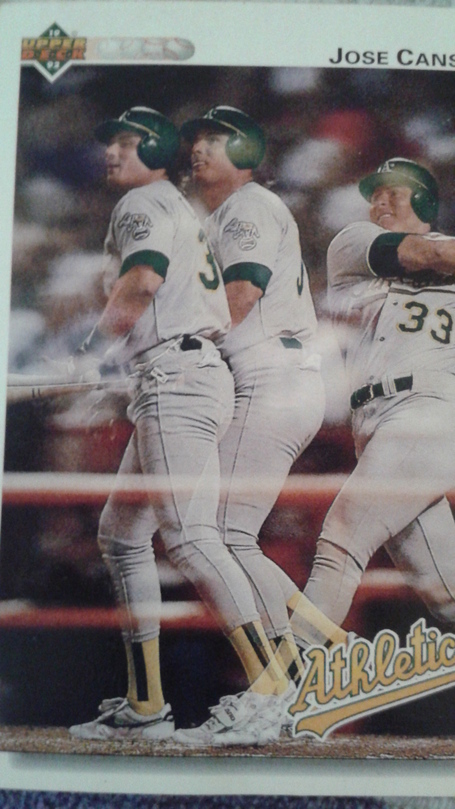 Remember what I said about making the team "Interesting?" 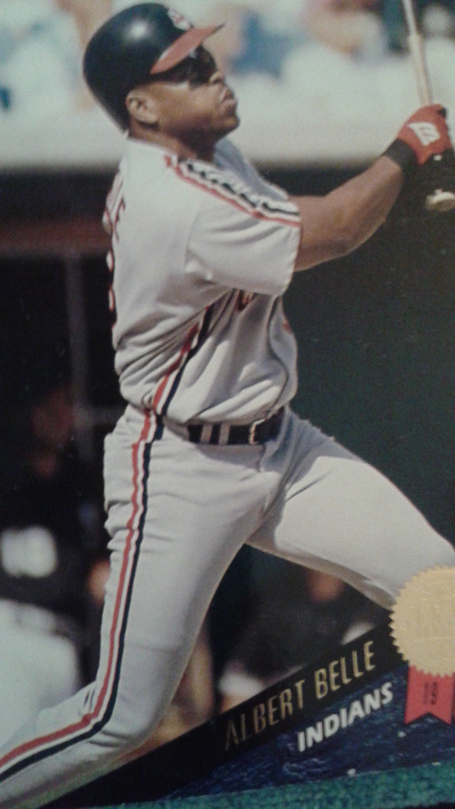 Oh lordy, what would I give to be a fly in the wall in this clubhouse. 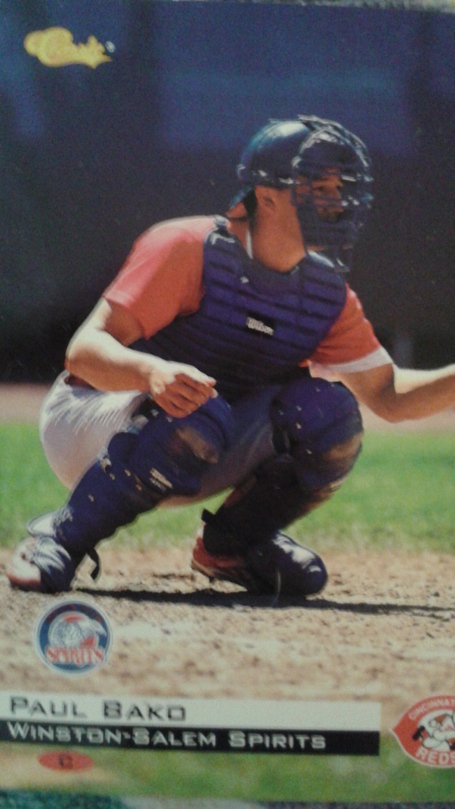 Of the weird compendium of obscure Catchers in my Baseball Card collection, this was the first one I came across that I had heard of. 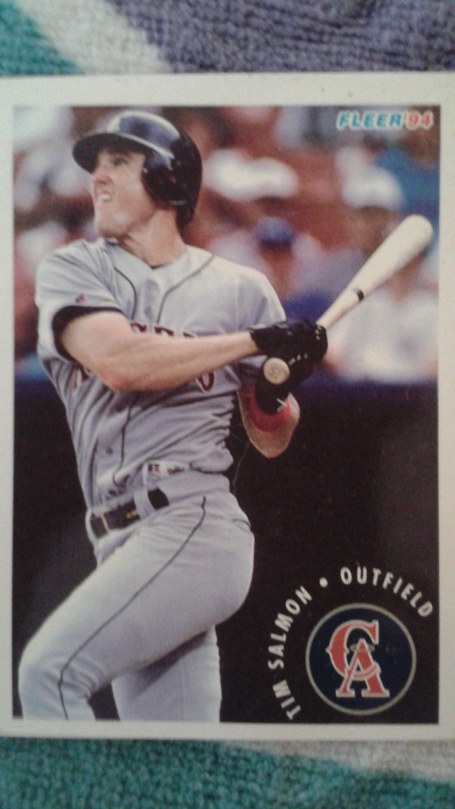 Before Mike Trout, there was another fishy player on the Angels. Was a lifer with the Angels, so did not have a chance to be picked up by the Diamondbacks in an effort to pander to people with a player from Phoenix on the roster. 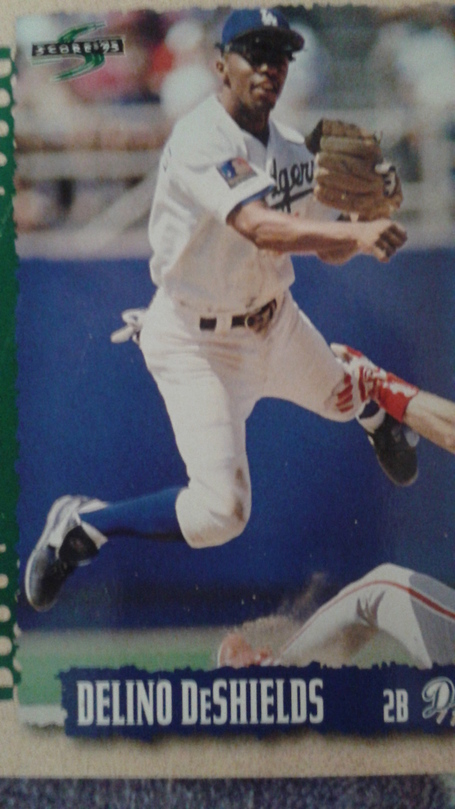 In either the second or third game I ever saw in person he hit a walkoff homer against the Astros. He has a son now who is in the minor league system of the Astros. That means that I'm getting older and soon all of my accomplishments in life will mean nothing as I'm forgotten in the sands of time. The same will happen to you. Good night! 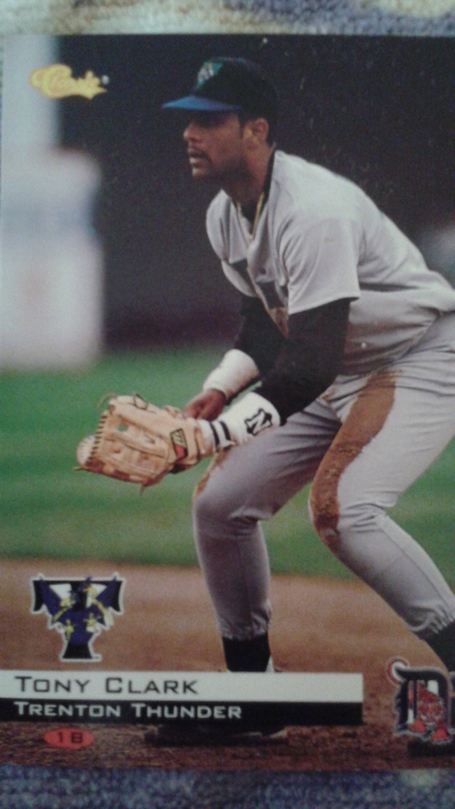 Former D'Back, now executive director of the MLBPA. Can provide some power off the bench, which is nice. 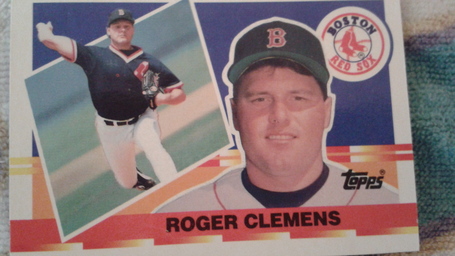 A solid ace to the staff. Also, him and Piazza as battery mates? Awe-some. 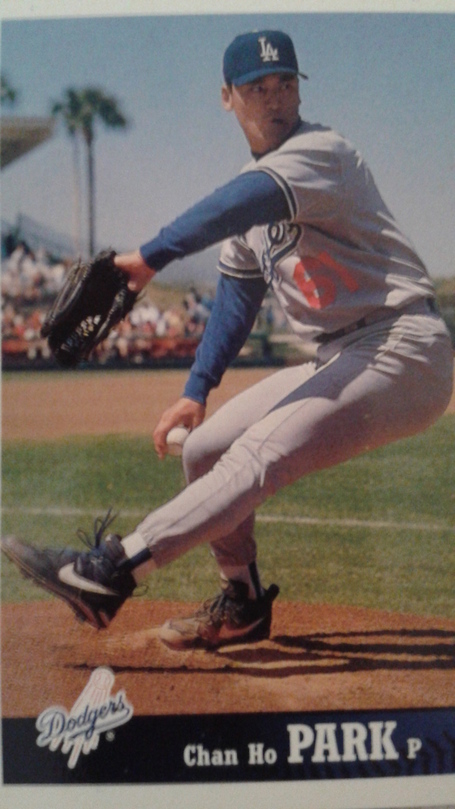 Had a fairly long career as a "crafty lefty" type. I can dig. 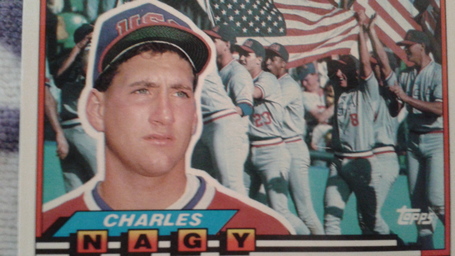 Former Diamondbacks scapegoat Pitching Coach. Also had a productive career, though has the unfortunate status of giving up a walkoff World Series winning hit to Edgar Renteria in 1997. 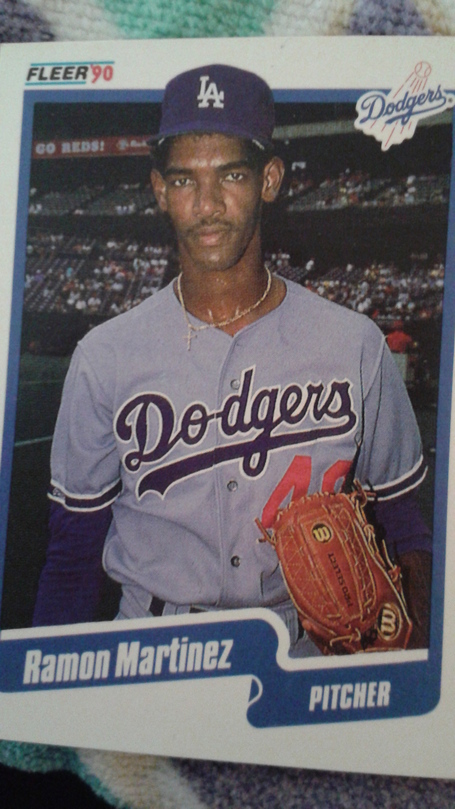 Pedro's brother, and the one the Dodgers decided to keep. That worked out real well for them. Yep. 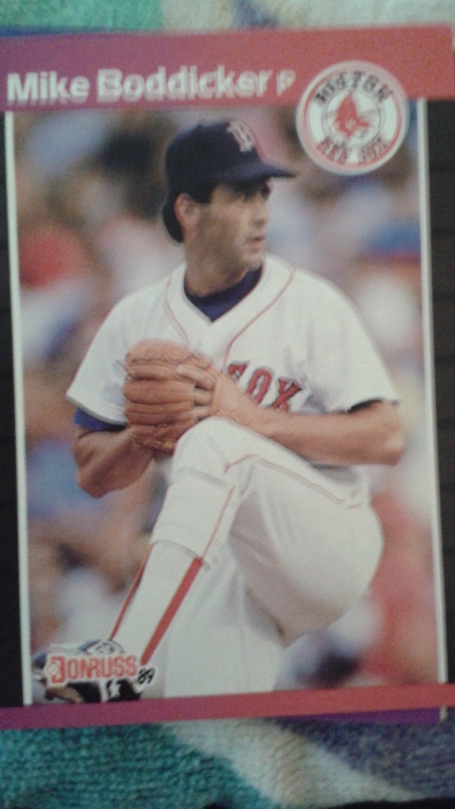 According to the back of this card, he was traded to the Red Sox from Baltimore for Curt Schilling and Brady Anderson. Ouch. 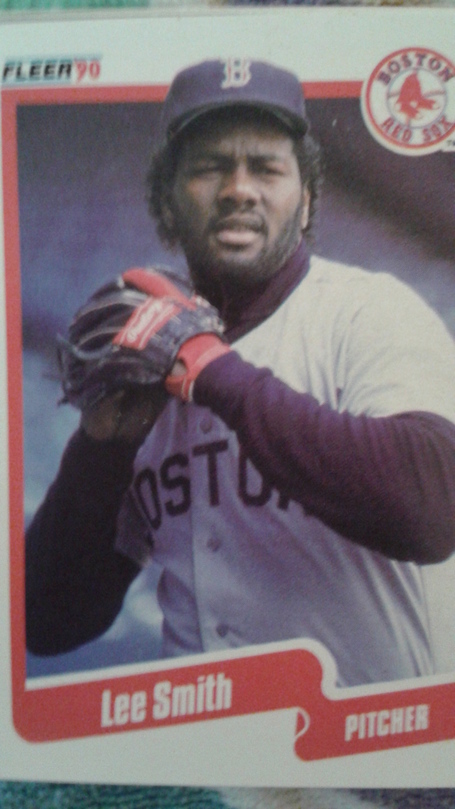 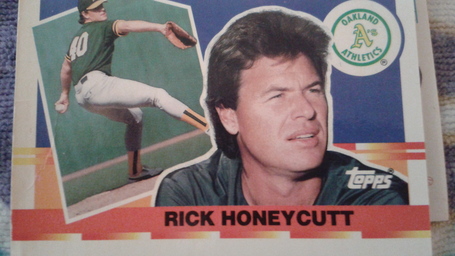 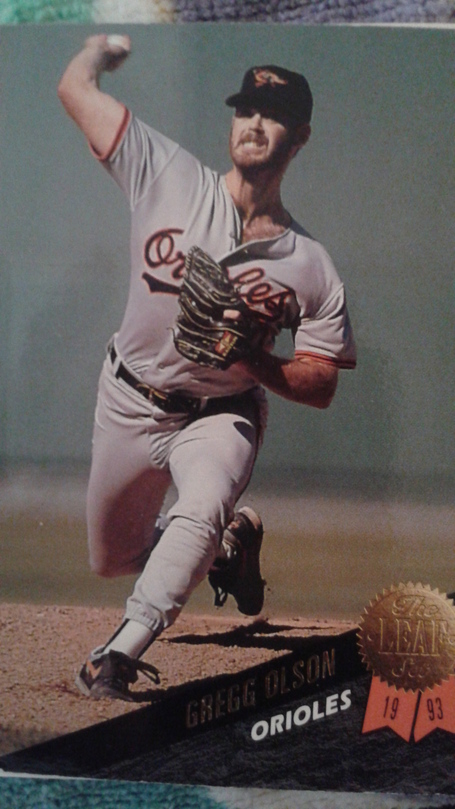 This is a fairly solid group of back-end relievers. However, for the final four spots on the roster, my criteria... evolved. 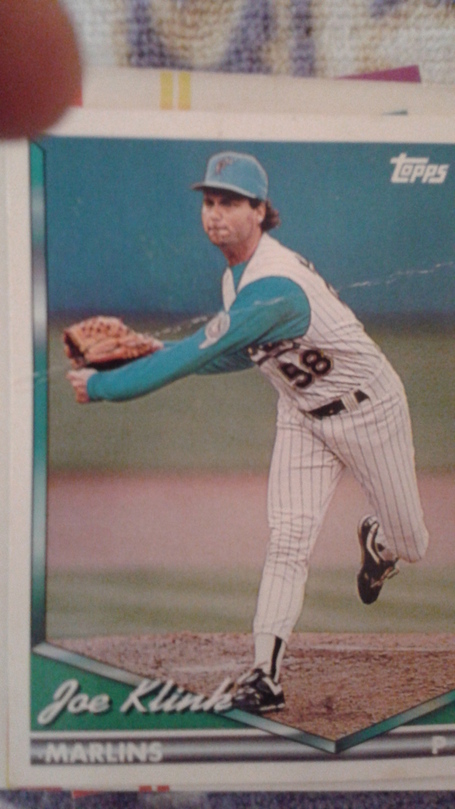 This picture makes me laugh. 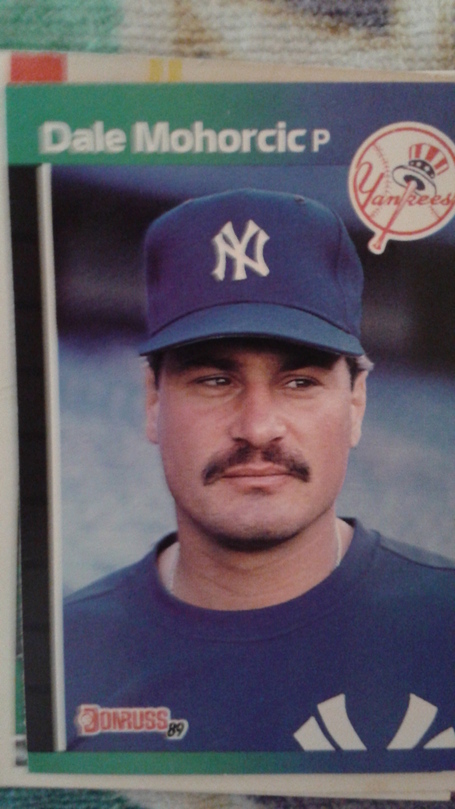 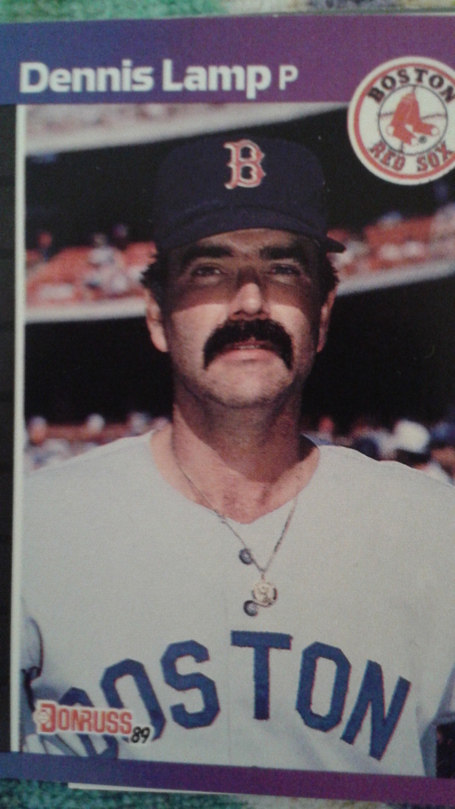 Had a long and productive career as a reliever, but that look on his face in this card is just one of existential dread. Dennis Lamp has seen some shit. 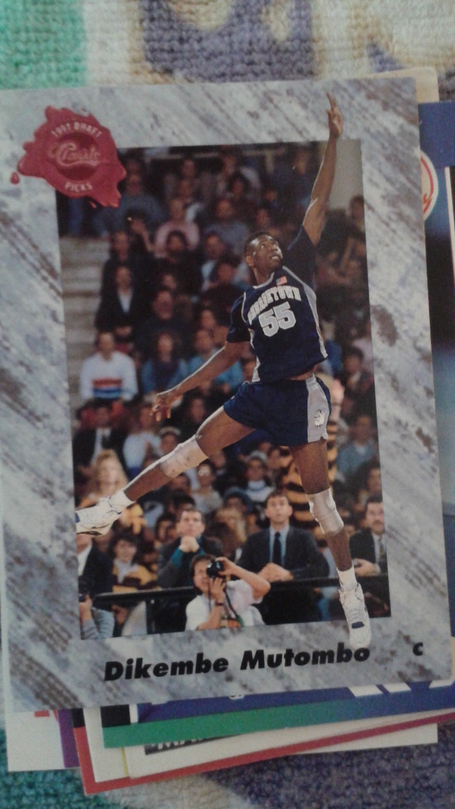 Provides a good defensive presence in the paint, can take away the penetration game of a lot of teams with blocked shots, can use as a third option scorer or as a roll guy on the P+R. Nothing not to like.

I think I've put together a solid and potentially flammable team. ("Why is Weiss out of the lineup today?" "Well, he got between Mutumbo and Belle's machete fight in the locker room, should avoid a DL stint.)