In which I write a weird comparison list thing that will probably interest only me.

Share All sharing options for: The Wild Card: Diamondbacks Stylee

Anybody who knows me well (which is very few people. I'm a tote bag of lies and mystery.) is at least tangentially aware of my unabashed love of the band 311. For those of you who are terrible people: 311 is a Rock/Reggae/Funk/Rap band from Omaha, Nebraska. I won't get too much into their history right now, since I'm about to go through their discography, but basically their music makes me feel good and their an amazing live band (I saw them four times between 2005-2007. They play in Scottsdale on June 29th and Tucson on August 2nd if you're so inclined.) They're also the rare rock band that has had the same lineup for *over 20 years*, (Nick Hexum: Vocals/Guitar, S.A. Martinez: Vocals, Tim Mahoney:Guitar, P-Nut: Some of the best damn Bass you will ever hear, Chad Sexton: Drums) which is staggering.

But I'm an impartial enough music fan to know that their discography has its ups and downs. That made me realize that there's another thing I like a lot that have had a lot of historical ups and downs. Can you guess what that is?... Seriously, you don't know? What website are you reading RIGHT NOW?

So because I generally just run with the first column idea I get, here are each of the 11 major album releases from 311, and using not-forced-at-all metaphor, comparison, and analogy, find their analogue to a season (or multiple seasons) of the Arizona Diamondbacks since their advent in 1998.

Something to keep in mind: This is just comparisons based mostly on my personal opinions, and not something to show a career parallel or anything like that, so it's REALLY self indulgent!

(All album images are from wikipedia ) 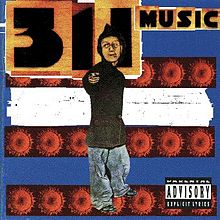 Music (1993)
Four Songs of note from album (in one man's opinion): Freak Out, My Stoney Baby, Feels So Good, Do You Right
Diamondbacks Season(s): 1999

For a major debut, this album hit it out of the park (see, baseball idiom!) The band's lineup came together, and they took songs from independently released EPs and some new songs to bring together, well, Music. It also was a good mix of the genres I mentioned above, and 311 got in on the ground floor of the sort of "Rap with Rock" genre before the nu-metal craze of the late 90s/early 2000s.

The 1999 Diamondbacks also were a mix of old elements from previously (Matt Williams, Jay Bell, Travis Lee) but also mixed it with new additions (Randy Johnson, Luis Gonzalez, Steve Finley), and in both cases it is the first real mark they made on their respective vocations. 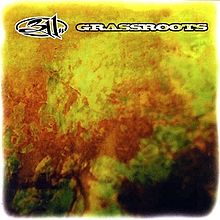 As the name might imply, Grassroots is the most, shall we say, herb-friendly of 311 albums. At first glance, it sounds like a mess. It was produced by a sound engineer that got the "FX" and "Gain" dials on the sound board mixed up. Some of the vocals sound like they're coming from an empty warehouse. In that sense, it's a bit of a mess... And yet, a lot of the songs are really really really good. This album really helps support my "Really good live band" hypothesis, because a lot of these songs sound really good live. You didn't expect it to be good, but if you give it a chance, it's pretty swell.

The 2007 Diamondbacks were not expected to be very good, and if you believe in run differential as an indicator, they weren't. However, run differential doesn't win games, nerd! "Actually, it does in the most literal sense" SHUT UP. Omaha Stylee was Brandon Webb, basically awesome in every way, but you listen to a song like Lose, which again doesn't sound well produced, but has such a nice rhythm and some guitar-work that will make you melt. That's sort of like getting a .277 batting average from Jeff Salazar.

Of course, said lack of production value keeps it from really vaulting high in my rankings. It's sort of the "NLCS against the Rockies" fatal flaw. 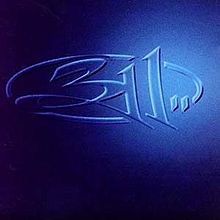 My most controversial 311 opinion, if you can believe such things exist, is that The Blue Album is merely alright as a whole. I mean, it isn't as bad as some of the ones we'll get to later, but it's not in my regular rotation. It's anchored by some of the strongest and most well-known 311 tunes in Down and All Mixed Up (This would be Brandon Webb and Dan Haren), there's some other strong tunes here and there, but it's somewhat weighed down by the rest, and the result is kinda above-average.

I don't think I have the explain the Diamondback part of that. 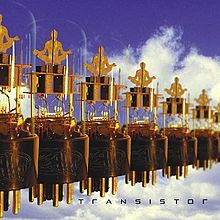 Transistor, by far, is the longest 311 album. It's also my personal favorite. It's just solid all around and pretty much all of the 21 tracks are memorable by some measure. Keeping the "Four songs of note" to just four songs (I kept it to the three singles and my personal favorite song). Fun fact: If you held down the rewind button on the first track on the CD player you may have been using, you got a secret track BEFORE THE FIRST TRACK. Doesn't that blow your mind?

Also blowing everyone's mind was the 2001 Diamondbacks. It was definitely the longest season so far in the history of the team (for reasons both good and very very very bad), and every part of it was memorable to those that experienced it. Though I don't think you can rewind the first game and find some sort of secret game. I mean, not saying it's not possible, but the Colangelo illuminati probably has covered it up. 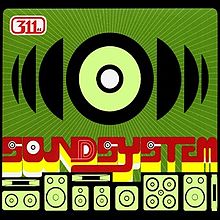 This album and 2002 was the weird connection in my head that made me go ahead and write this thing. The first 9 tracks of this album are some of the best that 311 has ever written, hands down. Then, again this is all opinion based and feel free to dust off your favorite Hitler comparisons in the comments, it kinda takes a weird dive that only comes back in the final track on the album, Livin' and Rockin'.


In 2002, everything was more or less awesome. Defending champions, running away with the NL West... Then Luis Gonzalez injures himself on that carpet they called a field at old Busch Stadium in St. Louis and everything just ground to a halt. 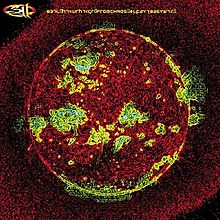 From Chaos isn't really a bad album, but it is a dive in quality from previous ones. A lot of the album seems to really double-down on attempting to do hard-ish rap. I suppose in the zeitgeist of rock at the time it makes sense, nu-metal was starting to become a thing, and the kids seemed to love it, and you gotta stay relevant, ya know? Of course, the choices of singles waffled from this, as this is the album with Amber, probably the most well-known 311 song to the average layperson. You know, it's the song that was playing at that island-themed bar when that girl you were hitting on threw a margarita in your face.

The 2012/13 D'Backs weren't terrible teams, but they were constantly trying to live up to the surprising and good 2011 team. They also started getting a little "safer" in their big-name trades (as has been discussed to death on this and other websites.) I'm basically saying that Martin Prado is Amber. 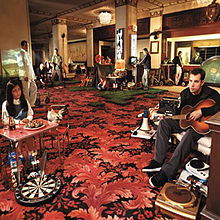 Evolver (2003)
Four Songs of Note (This got kinda difficult): Creatures (For Awhile), Beyond the Gray Sky, Other Side of Things, Sometimes Jacks Rule the Realm
Diamondbacks Season(s): 2004/2014?

The opening track of this album (Creatures) is pretty good (this is like Randy Johnson that season), the last two tracks (Other Side of Things, Sometimes Jacks...) are decent (The anticipation of getting a Justin Upton with that well-deserved draft pick), everything in-between is just a milquetoast "eh-fest" of music. This is my least favorite 311 album, as 2004 (and possibly this year, stay tuned!) was my least favorite. 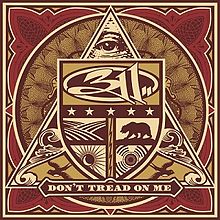 ...and my second-least favorite album gets the honor of my second-least favorite D'Backs seasons. If From Chaos doubled down on goin hard in the paint, rap-wise, then DTOM was the 7 footer who hung around the three-point line for no reason. There's only one track on the album with any rapping (Solar Flare) and there's a lot of "Jimmy Buffet, but with power chords" type things going on. It's sort of like the Diamondbacks bringing in the likes of Rodrigo Lopez, Bob Howry, and other pitching scrubs to get the illusion of a good team going. This album does contain Long for the Flowers, which is genuinely one of my favorite 311 songs ever... I also learned that it was taken as an instrumental b-side off of Transistor, so things make sense. That song is sort of like getting Patrick Corbin back in the Dan Haren deal. 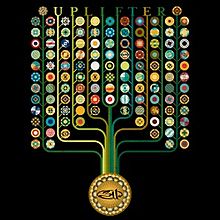 *These were only available on the special edition of the album, but why the hell would you not get that?

This album was.. surprisingly good, mostly based on the previous two albums. Like, the instrumentation is really really really good. 311 brought in a new producer, and things turned around. Now, you can't say for certain that this producer was solely responsible for the turnaround, since it's still the same band members writing and performing songs, so really the producer may be getting too much credit, but people will debate that til the end of time.

You probably don't need me to explain the Diamondback parable part, right? I think you probably got that. 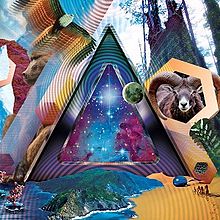 An album released just for the sake of putting something out there, self-admittedly by the band. It has only eight tracks, and it's good, but just short and you feel like there could have been more. The instrumentation is still excellent. There is a Bass section in the last part of the final track And A Ways To Go that literally made me go "I could play Bass religiously for the next 25 years and still not be able to do that" when I first heard it.

The 2000 team was good... but sort of just stopped playing around August for some reason. Not too sure what their deal was, even after going through the effort of acquiring Curt Schilling at the deadline. 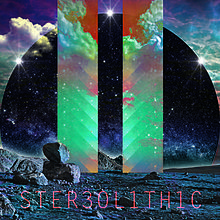 Stereolithic (2014)
Four Songs of Note: Five Of Everything, Showdown, Sand Dollars, Made In The Shade
Diamondbacks Season(s): 2005/2006

The latest album that came out this year. I've listened to it a few times, and I like it, but I don't like it in the way that I like Transistor or Soundsystem, but it's still miles ahead of Evolver and DTOM. It's still good musically, but there is a sort of shift from a generally happy and positive lyrical style to something a bit more contemplative, which is odd, but again not terrible.

2005/2006 were okay Diamondback years, but compared to 2004 they were freaking awesome, even if you factor in the whole Jason Grimsley weirdness. Signing Troy Glaus and Sean Green were the free-agent equivalent of writing more contemplative lyrics. It totally makes sense.

So there's that, again, kind of self-indulgent, but kind of a fun exercise. If there's a band/artist out there you really like, you could probably do the same thing. I mean, it's not like I'm bringing back old bits, because that would just be der-

*Sound of door being busted open* "YOU WERE RIGHT, YOU CAN DO THAT. I'M GOING TO DOCUMENT EVERY DODGERS SEASON USING EVERY INDIVIDUAL SONG SUGAR RAY EVER WROTE."

That sounds fun, but I gotta go to work soon and...

"YOU SIT DOWN, JABRONI! I'VE LOCKED ALL THE DOORS, THERE'S NO ESCAPE!"