Diamondbacks 2, Rockies 12: The evisceration will not be televised

Ironically, before this game, I was discussing with Turambar the possibility of a combined recap/Fang Food piece. It's ironic, because pretty much the only way to get through this one would have been to drink heavily.

Share All sharing options for: Diamondbacks 2, Rockies 12: The evisceration will not be televised

In keeping with the above, I am unilaterally declaring that this game, which was not shown in Arizona, was simply a collective hallucination, in my case brought about by an over-indulgence in pepperoni and meatball calzone from Gus's last night. I really should lay off those. After all, we only lost one game last year by 10 runs; that was right at the dog-end of the season in late September, and I know it happened because I was there in San Diego. It's just not possible that our first official "road" game of the season could result in such a horrifically embarrassing scoreline, is it?

Unfortunately, denial will take me only so far, since it is very much possible. In the first six games, we could at least take some consolation in the fact that the end results were fairly close [even if it took a ninth-inning surge, as in the second Sydney game]. None of our five defeats prior to today had been by more than three runs, so we had the illusion of being in those games. This one? Not so much. Colorado scored every time they came up bar the second and fifth innings, and put six runs up before Mark Trumbo launched his third home-run of the year to get the D-backs on the board.

The idea of Randall Delgado pitching in Coors was one which was understandably an issue of some concern, given his home-run tendencies. While he did allow one home-run, the problem was more the nine other hits Delgado also gave up, plus two walks, over four innings of work. Charlie Blackmon, atop the Rockies order, was a particular tormentor of all our pitchers this afternoon. He was a triple short of the cycle by one out in the fourth inning, and followed up with three more, to end the day 6-for-6 with four extra-base hits. As kishi and I both researched, he's only the eighth player in the live-ball era to accomplish that feat. Have yourself a day, Mr. Blackmon.

If Delgado was bad, the Diamondbacks bullpen, again pushed into action for the fifth inning, wasn't a great deal better. A scoreless - indeed, hitless - fifth inning from J.J. Putz was about the high point of the entire afternoon, as far as our pitchers were concerned. After that, it was back into the meat-grinder, as Joe Thatcher, Brad Ziegler and Oliver Perez each gave up two runs, on seven hits and three walks in their three innings. We've now allowed 17 runs after the sixth inning, in just seven games (and the Rockies didn't even need to bat in the ninth today). That's a team ERA from the seventh inning on of 7.65. Not quite the improved bullpen we wanted to see.

But just as much venom deserves to be leveled at the offense, because two runs isn't enough to win many games at Coors. And that's putting it mildly: teams scoring two there now have a record of 12-125. So, not quite getting it done. There were a couple of bright points, not least Mark Trumbo's third home-run of the year, as he seemed to appreciate Coors Field every bit as much as he appreciated Chase Field and the Sydney Cricket Ground. He's probably being BABIP'y as hell, and he still hasn't taken a single walk, but a .965 OPS is everything he was traded for, and then some. Aaron Hill also had a couple of hits and is hitting over .300.

As mentioned in the GDT, I don't think we've ever been so excited for an infield single in the eighth inning of a blowout, as it extended Paul Goldschmidt's hitting streak to 26 games. Now easily the second-longest in team history, he's closing in on Gonzo's mark of 30 consecutive, set in 1999. He's getting up there in pretty rarefied company more generally. Since the Diamondbacks came into existence, there have only been 13 longer streaks in the NL. There were two last year: the Rockies' Michael Cuddyer went 27 games, and the Nationals' Denard Span reached 29. Thirty is the big hurdle, with only one longer in the NL since 2006 (Dan Uggla's 35 games in 2011).

But it's sad that, we're barely into the first weekend of the regular season and we're probably more interested in this individual mark than the team's fortunes. Those have had a pretty wretched 24 hours, first blowing a late lead against San Francisco, and now this comprehensive defeat. If things don't turn around fast, sustaining interest for many casual fans is going to become a real problem. 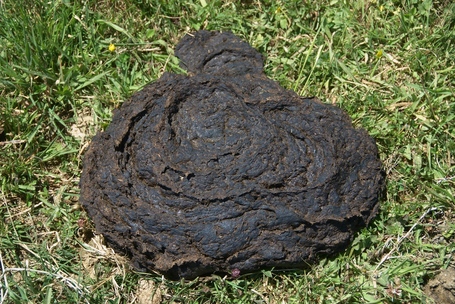 The Dbacks will never ever ever win another game ever

Laugh a little. We’ll pull through this just like we survived the ’04 season. :-)

Without pizza, there would be no happiness.

I don't think it will come true. But you never know.... Back at it tomorrow, with Brandon McCarthy hoping for better luck against Jorge de la Rosa