I recount the first Major League Baseball Stadium I ever attended for a game.

The Diamondbacks are playing the Dodgers this weekend. Normally, I'd write something to more or less pee on them as a franchise, but I'd thought I'd take a more positive tack.

You see, Dodger Stadium was the first place I ever saw a Baseball game live. It was in 1992, and the Dodgers played the Monteral Expos. I do not remember much about it, being five years old at the time, but I remember it happening, and I went to Dodger Stadium a lot as a kid (My mom's side of the family is more or less anchored in Southern California), and I have some oddly vivid memories of there.

I remember explaining to my Uncle that a 4-choice "GUESS THE ATTENDANCE" type of quiz on the jumbotron was always going to be the highest number there. I remember seeing a Sunday Night game where Orel Hershiser pitched for the Giants against his original team, and some punk-ass 8 year old was yelling expletives at him. I remember that same Sunday Night game seeing Barry Bonds absolutely CRUSH a ball to center field that probably would have been out in all other fields everywhere, but it was caught at the warning track, that's your firsthand look at Park Effects.

- Their fans can be quite boorish and punchy sometimes, and even more so outside of Dodger Stadium.

- The totally Los Angeles thing of trotting out celebrities and basically saying "THESE FAMOUS PEOPLE LIKE THIS TEAM, SO YOU SHOULD TO BECAUSE YOU ARE WORTHLESS OTHERWISE."

I guess the thing I like about Dodger Stadium, beyond vague personal Baseball nostalgia, is that it's the third-oldest park in MLB, but unlike the two ahead of it, it's not a totally crappy venue (again, I mean as a venue itself, not counting the silverfish-infestion of Dodger fans. I really can't stress this enough.), and there is something nice about its older simplicity, free from a lot of gimmicks that newer ballparks have. I mea-

There is a loud crash through the wall. "HELLO CLEFO! DO YOU WANT TO HAVE FUN?"

Gah! What fresh hell are you?

"I'M THE NEW DODGERS MASCOT, BUT APPARENTLY I'M NOT A MASCOT. I EXIST IN SOME WEIRD NETHERWORLD BETWEEN PERSON AND MASCOT. IT'S A NIGHTMARE THAT I WOULDN'T WISH ON ANYONE."

So, uh, you just do standard mascot things, then?

"YEAH, I PUMP THE CROWD UP AND GET THEM TO BE HAPPY!"

"BUT I'M NOT ALLOWED TO HAVE A T-SHIRT GUN. I DID A NICKEL IN LA COUNTY FOR AGGRAVATED ASSAULT."

"YEAH, I WANT TO BE THEIR FRIENDS AT GAMES."

How can such a friendly phrase sound so sinister?

"I WANT TO ENCOURAGE THE YOUNG FOLKS TO GET INTO THE GAME, WE NEED TO GROOM THE NEXT GENERATION OF BASEBALL FANS YOU KNOW?"

"THEN I CAN BE THEIR FRIEND. WE CAN GO OVER TO THEIR HOUSE AND WATCH MOVIES, LIKE 'THE LAND BEFORE TIME 15: LITTLEFOOT DOES A TAX RETURN' AND THEN WE'LL HAVE A SLUMBER PARTY AND THEY'LL FALL ASLEEP."

"THEN I'LL TAKE ALL THE FANCY JEWELRY THEIR PARENTS OWN AND STEAL THEIR TELEVISIONS!"

"THAT'S NOT THE WORST PART."

"YOU THINK I'M JUST A CORPORATE PART OF THE DODGERS ORGANIZATION, CYNICALLY CREATED."

"I'M ACTUALLY AN UNHOLY BEING THAT'S BEEN HERE SINCE THE BEGINNING OF TIME. I HAVE ONLY TAKEN CORPOREAL FORM RECENTLY."

Wait, Eric Karros is still around, he's an analyst for Fox.

Well, this has been fascinating, but I was in the middle of trying to write a somewhat serious-toned column for once, so if you could be on your way while I finish that up...

"I KNOW ABOUT EVERYTHING YOU'VE DONE, CLEFO. I CAN SEE IT ALL."

"REMEMBER WHEN YOU WERE AT DISNEYLAND WHEN YOU PEED YOUR PANTS THEN IMMEDIATELY WENT ON SPLASH MOUNTAIN TO HIDE IT?"

"I SEE EVERYTHING, CLEFO. YOU BELONG TO ME."

"OH I CAN LEAVE HERE, BUT I'M ALWAYS WITH YOU. IT'S TIME FOR MY PARTNER AND I TO GO STEAL SOME MORE SOULS. ARE YOU READY, PARTNER?" 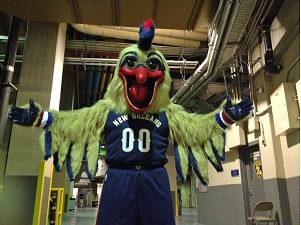 There is the sound of a muffled gurgle

Another muffled gurgle, they both leave.


So, uh, I was going to write about how Dodger Stadium has a special place for me, even though the team that occupies it is one I hate to the core. However, it has obviously been build on a portal to Hell and it must be burnt to the ground with the holy fire of Hephaestus.