Remember the times last year when I could do an entire article with updates on our injured soldiers? Yeah, it's like that again this morning...

[dbacks.com] Forearm stiffness ends Corbin's last spring start - Corbin was slated to push toward 100 pitches Saturday, but he fell nine short of that when he came out of the game. Although Corbin struggled through a 24-pitch second inning, there weren't any strong indications that anything was wrong with him until the seventh. He responded with a 1-2-3 third and wasn't scored upon the rest of the way while scattering 10 hits on the day. "He kind of started off slow but settled down and started pitching pretty good, which is why it stinks what happened there at the end," Gibson said.

[FOX Sports] Corbin leaves final tune-up start with forearm tightness - "It is not really in the elbow, and we certainly hope it has nothing to do with the elbow," Gibson said, tapping a spot on his left forearm about four inches below the elbow. "We'll try and determine that tonight. We'll look at it, and rest assured we'll be cautious with it. Let's wait and see what it is. We'll make a good decision, though."

[AZ Central] Diamondbacks' Patrick Corbin leaves start with injury - "He was pretty good," catcher Miguel Montero said. "I didn't really notice nothing at all. When he called for the trainers, I thought it was something like his ankle or groin. If you look at it, his two-strike counts, he couldn't really put them away with his breaking ball like he normally does. He was just kind of floating out there and kind of backing up. (The arm stiffness) might be the reason why."

[dbacks.com] Time winding down for Arroyo to avoid DL - "I'm feeling pretty good, but I'm only throwing long toss," said Arroyo, who played catch at 105 feet Friday. "I haven't pitched in a game here but the pain's gone away. I've been dealing with the same problem for 13 years, so it's not like it's something new to me. It was just a little worse this time... As long as I can get to where I feel good throwing like five innings, then the adrenaline can get you through that sixth or seventh inning,"

[FOX Sports] D-backs game report: Saturday, March 15 - Bronson Arroyo is scheduled to throw a bullpen session Sunday, and if things go well, he would pitch in simulated game Wednesday and make a start on March 24. "I'm definitely a bit pressed on time," Arroyo said. "If I don't have any more hiccups from here on out, I'll be OK. Everything needs to go in order now... The DL? I don't know what that is. I'm not looking forward to being introduced to a new product at age 37."

[AZ Central] Diamondbacks not focused much on spring stats - "Sometimes having a good spring brings your confidence level a little up," Prado said. "In my case, we're looking for something more than just numbers. For me, I feel like I'm getting to the point where I'm battling every single at-bat and I care what I do every single at-bat." Trevor Cahill and J.J. Putz have ERAs of 9.82 and 6.35 in Cactus League play, but Cahill's mechanics, a bugaboo last year, are in a much better place; he's just working on using all four quadrants of the strike zone. Putz is working through mechanical tweaks.

[Sydney Morning Herald] Didi Gregorius back in Australia - It will be Gregorius' first trip Down Under since he cut his teeth in the Australian Baseball League with the Canberra Cavalry at the end of 2010. "I don't like being comfortable because once you feel comfortable people think you're cocky,'' he said. "I never want to be cocky, I'm going to battle for my spot. I have a little bit of confidence, but you know you always have to improve.''

[FOX Sports] Collmenter looking for love in Australia - The matchmakers in the Arizona clubhouse have done their work. All that remains is for Diamondbacks right-hander Josh Collmenter to meet his mate. On Friday, J.J. Putz and a few more of Collmenter's teammates selected his blind date from among the six finalists/ The two are to attend a gala sponsored by Major League Baseball on Wednesday night in Sydney as part of the festivities surrounding the two-game series between the D-backs and Dodgers to be played March 22-23.

[FOX Sports] Execs give fans peek of 'inside baseball' - Here are highlights from Friday's panel discussion, "Decision-Making in the Front Office," at the SABR Analytics Conference, which this year was held at the Hyatt Regency in downtown Phoenix.

[ESPN] SABR Day 3: Evolution versus revolution - "As the third and last day of SABR’s third Analytics Conference wound down, I wanted to focus on the question that I came into it with, asking whether or not sabermetrics today is more revolutionary or evolutionary. Have all the great discoveries already been made with the proliferation of sites like Baseball Prospectus and FanGraphs, and with every organization employing their own teams of analysts?"

And, finally. People unclear on the concept, #291 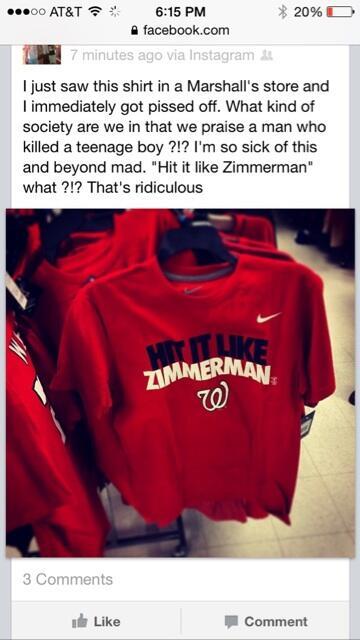