After an excellent 2013, Gerardo Parra looks to build upon that and make the next step. But what does that mean?

The past five years

Was 2013 a mirage in the desert or a sign of things to come for Gerardo Parra?

Gerardo Parra was absolutely incredible last year, as many of you already know. If you don't, check out this great recap of his 2013. Not many players can match up to him on the defensive side of the field, especially in the outfield. Last year in right field, he had 36 Runs Saved, and 41 overall between the 3 outfield spots. If not for the equally amazing Carlos Gomez and Andrelton Simmons, he would be getting most of the accolades that came with both of those players.

Offensively, Parra has some work to do before he becomes the player he wants to be. And while he wasn't that particularly BAD, his struggles against LHP make it almost impossible for him to start against them. A 45 OPS+(.501 OPS) is not what you want to see from a key member of your outfield. On the other hand, the 127 OPS+ (.820 OPS) against RHP is excellent and covers up some of his flaws as a batter. Another factor was his complete falling apart after the All-Star Break. In the 1st half, he was batting .285/.342/.425, very respectful numbers for him. But after the 2nd half, he hit only .242/.294/.369 and you could see his confidence just draining after every at-bat.

For 2014, the projection systems sure don't think that defense will hold up next year. Oliver believes he holds almost 0 defensive value (which they're prone to do) and every else believes he'll be worth about a third of the value on defense, while improving just a smidgen on offense. They still rate him as a 2+ WAR player, but if I were a betting man, barring injury, I'd take the over on him coming anywhere close to that kind of value as the starting RFer.

Nick Piecoro has pointed out that he's trying to be a more consistent batter, and plans to do that by quieting his stance. Parra goes on to explain, 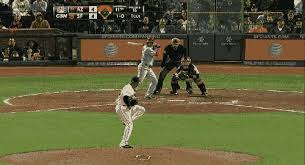 Above is his stance last year. With his exaggerated open stance, his timing must be almost perfect to put a good swing on a ball as his step must go toward the plate combined with the start of his top half. That's just too many moving parts for a player that doesn't rely on power. With his new stance, and excuse me for the terrible picture as it's the best I could find, he has no step toward the plate, just straight up and then down while staying closed. No more moving parts, and hopefully no more flailing at curveballs from lefties. 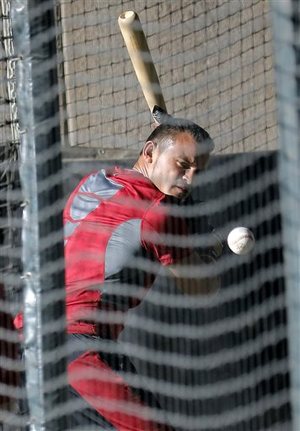 Expect Gerardo Parra to be just as good as last year. He even admitted he was feeling pretty tired as the season went on, which would explain the stark contrast between the first and second half performance. Parra will be the anchor of the outfield defense, and a decent batter that hitss toward the top of the lineup against RHP and lower against LHP.

Worst Case Scenario: His struggles against LHP continue, and while still providing solid defense, Gibby is forced to sit Parra or deal with the the mediocre offense.