Trading Miguel Montero to the Cubs

It looks increasingly likely that the longest-tenured Diamondback will see his stay with Arizona coming to an end. With Russell Martin now off the board, let's take a look at whether the Cubs may be a good partner for the D-backs. As Preston mentioned in his Fanpost, they may be interested...

Share All sharing options for: Trading Miguel Montero to the Cubs

Should Miguel Montero Be A Cubs Trade Target? 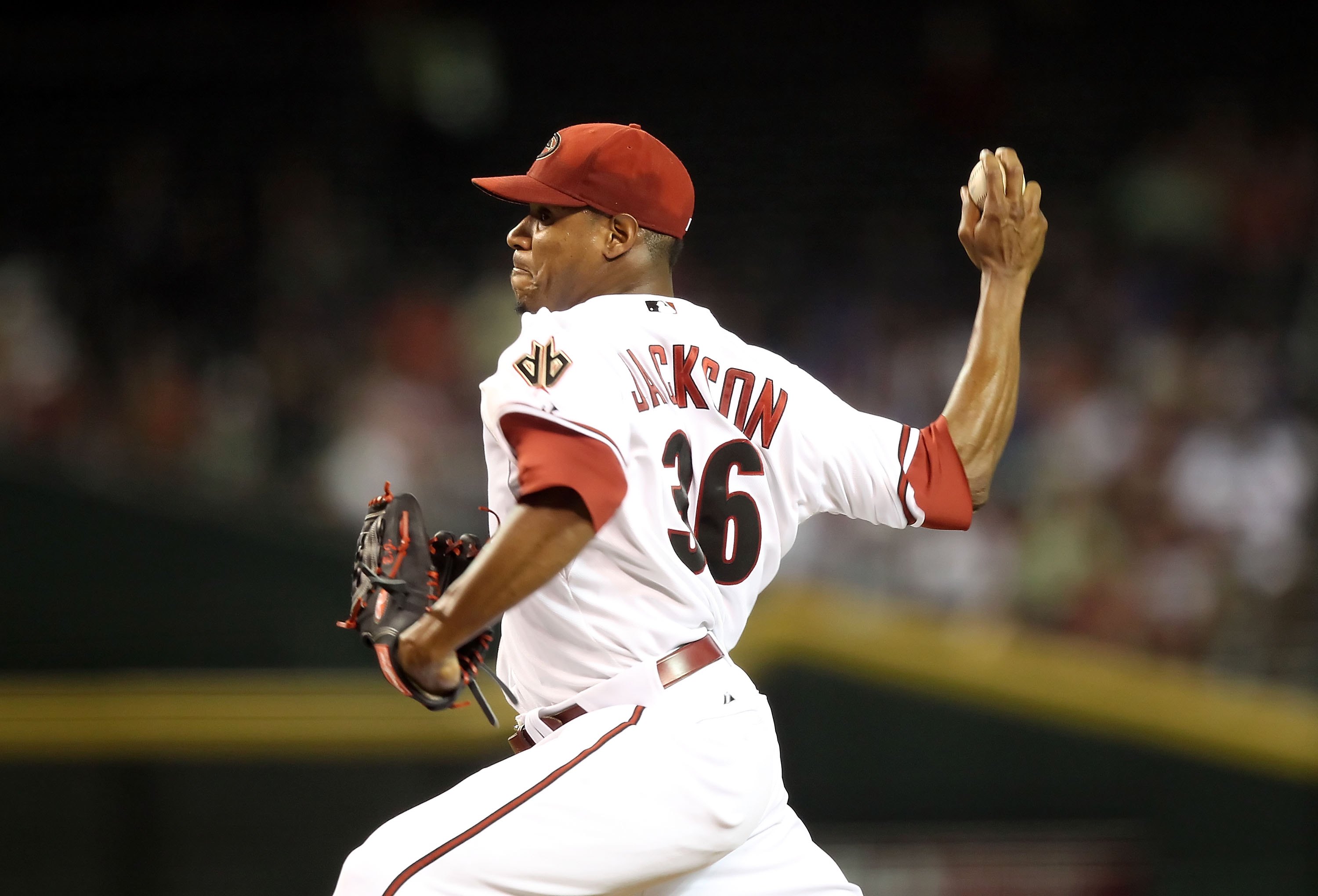 [Pic: Christian Petersen/Getty Images ] Here's a take on Montero from the Chicago side of things, by Al Yellon.

The everyday catcher for the Cubs this season was Welington Castillo (yes, spelled with just the one L!), who started 103 games for them. In his fifth major-league season, the 27-year-old Dominican batted .237 with a .686 OPS (OPS+ of 686). That represented a step back in production from previous years, as through 2013, Castillo had a .748 OPS (104 OPS+). A large chunk of that was probably the result of his BABIP dropping from .346 to .288; if we project something close to league average going forward (and there's probably no indication he's a speedster who can beat out infield hits, with two career SB), the truth likely sits somewhere in the middle.

This would suggest Montero is indeed an upgrade, though probably half the difference is due to Montero's defensive superiority, and it should also be noted that Miggy is projected to see a great deal more playing time. On the other hand, WAR doesn't take into account pitch-framing abilities, so under-estimates Montero's value and over-estimates Castllo's. Because, in 2014, Montero was estimated to be worth 24 runs above average, the best in the majors: Castillo, on the other hand, was second-WORST, at 24 runs below average. That's a huge difference, close to five wins.

Additionally, a Montero/Castillo platoon would probably work very well at the plate, since Castillo has historically torched left-handed pitching, with a line against them of .306/.373/.472, an .845 OPS. We know Montero's struggles there (a career .234 average and .650 OPS), so the pair seem to mesh nicely, with Montero getting the bulk of the starts, but Castillo probably shouldering more of the load than we saw Tuffy Gosewisch take off Miggy in Arizona this year, where Montero started 130 games. That number was exceeded only by Jonathan Lucroy (136) and Salvador Perez (143), and may have contributed to Montero's 2nd-half collapse; his OPS was .596 after the break.

What can the Cubs offer?

The initial idea floated by Al in the story linked above, was a straightforward trade of large contracts, with the Diamondbacks swapping Montero for pitcher Edwin Jackson. The Cubs signed Jackson to an ill-advised four year, $46 million contract in January 2013, but over the first two years, he has been the worst pitcher in baseball, worth a startling -3.6 bWAR [for comparison, Trevor Cahill is at -0.9 over the same time). Jackson is owed $11 million per season over the remaining two years,  and given the Diamondbacks are looking to shed salary this year, it's difficult to see what we would get out of that.

Even the Cubs fans tend to agree in the comments, and reckon one or more prospects would need to be added from their end to make it worth doing for Arizona. But one other interesting deal was suggested: "How do you feel about the deal if the Diamondbacks make a counter-proposal of Trevor Cahill and Montero for Edwin Jackson?" Might a change of scenery help both players? Cahill is due $12 million this season, so we would shave a million off there, as well as being out from under the entirety of Montero's contract. The down side would be, Jackson also being on the books for 2016.

Steamer does currently expect Cahill to be more productive than Jackson in 2015, by a margin of 1.2 fWAR to 0.3. However, much of that is down to them only projecting Jackson to pitch 54 innings for some reason; he comfortably has the lower projected FIP (3.54 to 4.02), and if Jackson came anywhere close to matching his expected ERA of 3.67 (albeit that being in Wrigley Field, rather than Chase), would likely be a better pitcher. On the other hand, that's now two abhorrent seasons for Jackson, and at age 31, does he have the ability to bounce back? It's possible. No pitcher (300+ IP) has under-performed his FIP by a bigger margin over the past two years, and its not even close.

So, would you pull the trigger on that trade?