Yes, after several weeks of business trips and one beercation, I have returned.

Canned beverages, once the almost exclusive realm of caffeinated/carbonated sodas and watery beers, now a new and vibrant vista of the craft world. 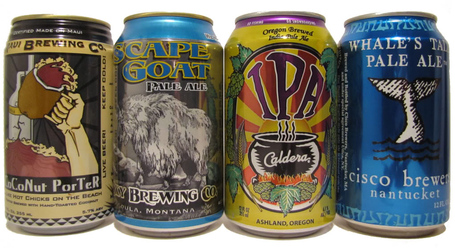 It still seems strange to see canned craft beers, like the ones above, because for decades and decades before Coors and other BIG breweries used this form of packaging almost exclusively. A fact so ingrained in our psyche that most would be breweries stick to bottles than accidentally be associated with products like other breweries.

So what changed? Quite a few things gradually won over the beer scene.

So the benefits are legion, with the only real obstacle being buying and installing the equipment necessary to can. Other than that a brewery can can whatever they want and are not just limited to 12oz cans but can use Tallboys and other sizes as well.

Myths concerning canned beverages still exist of course: such as cans making the beer taste metallic (polymer linings in the can stop that), or a canned beer is a sub par beer (trust me when I say this is false), which of course lends to the general marketing dilemma in canned beers i alluded to earlier. These negative views though are becoming largely forgotten.

Oskar Blues Brewing of Longmont CO would be the first to set this popular trend in 2002. Now, throughout the US, there are some 337 (per CraftCans.com) breweries making some 1,168 beers; all of which are canned. Arizona has a tidy sum of 8 breweries canning their products with Four Peaks leading the charge in Tempe, and undoubtedly there will be more to come. 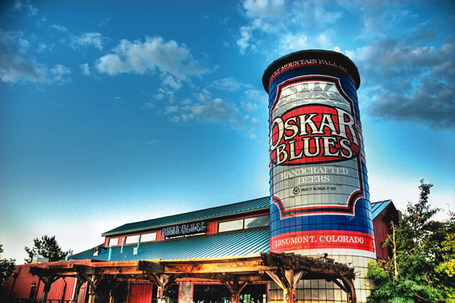 Fang Food is a series of weekly baseball food and drink articles written by prwhitaker1 (Whit), imstillhungry95 (Blake) and Turambar (Patrick). Check out the archive of past articles! Questions, comments, suggestions, concerns? Email us at fangfood@gmail.com or contact us on Facebook..