Patrick Corbin took his third loss of the season, and the Diamondbacks dropped this one thanks to a 1-2 punch of coaching and bullpen glitches in the 8th.

Dear Matt Williams: This is a picture I took of the view outside my window from my apartment from right against the window, if you'll indulge me. 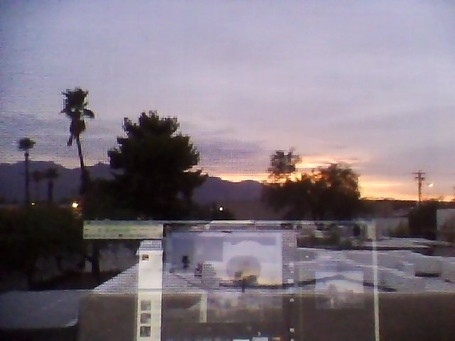 You see the center of the reflection from my laptop, where that Satellite dish is? The distance from my window to that is about how deep left field at Fenway Park is (haha hyperbole). So on a hard hit ball to there that an outfielder cuts off with the bases loaded and no outs, you should probably play it safe and keep the guy at second, let's call him "Cliff Pennington" at third, especially with your best hitter coming up. And you'll still be down by one so you have two chances to, at the very least, get a sac-fly to tie the game. It would be a shame if you got that runner thrown out at the plate by about 500 steps, and then two batters later you get a deep-ish fly ball that possibly could have scored said runner.

This is just a hypothetical here, I'm sure it'll never come up.

Before all that actually happened, Patrick Corbin and recently-acquired Red Sox starter Jake Peavy were engaged in quite a pitcher's duel. Corbin got into a few sticky situations early on, but he was able to wiggle out of them like it wasn't anything, which it well might have been for Patrick.

The Diamondbacks got on the board first in the 4th inning when Paul Goldschmidt, moar like Godschmidt amirite, hit a solo shot to center for his 26th dinger of the year and his second in two games at Fenway. The Sawx tied it up in the bottom of the 5th when Shane Victorino did the same thing, except it was over the Green Monster rather than to Center, but you get the idea. It was a 1-1 game at that point.

Peavy and Corbin exchanged zeroes some more until the 7th. Corbin allowed the first two Boston hitters to reach base via hits. With runners at first and third and Jacoby Ellsbury up, Corbin threw his 100th and final pitch of the night which Ellsbury looped into center to make the score 2-1. Will Harris came in and allowed a sac-fly to make it 3-1, but limited the damage beyond that.

In the top of the 8th, Wil Nieves lead it off by continuing his BABIP-fest and chased Peavy from the game after a single. Craig Breslow, old friend, came into the game for the Red Sox. He went on to hit Cliff Pennington with a pitch and allow Gerardo Parra to single to load the bases with no outs. Junichi Tazawa came in relief to face Aaron Hill. Hill lined a pitch to left field that scored Nieves easily. Jonny Gomes cut the ball off well and had a clear path to throw to the plate. Remember, left field at Fenway is this deep: 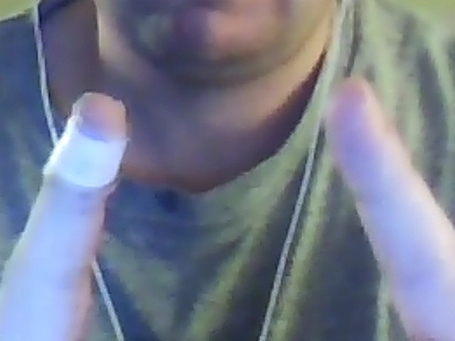 Matt Williams cares not for this. He sent Cliff Pennington home, and Gomes made a routine throw to the plate to get Pennington out by more than a few steps. Instead of bases loaded, down by one, and no outs, it was first and second, down by one, and two outs. Paul Goldschmidt struck out, and in the dagger to this whole sequence, Eric Chavez flew out on a ball that Pennington possibly could have scored on if it wasn't the third out, in our hypothetical situation.

Matt Williams' capacity to give the go-ahead to inadvisable things makes me kind of glad that he has a career in Baseball, rather than Space Shuttle Maintenance or Food Inspector.

Hoping to keep it a one-run game, the Diamondbacks turned to David Hernandez in the bottom of the inning. If you've been paying attention to the 2013 Diamondbacks, you know how well this goes. A walk to Mike Napoli was the predecessor to a two-run home run to Jarrod Saltalamacchia to make it 5-2 Crimson Footwear. The D'Backs went meekly into the 9th after that to lose the game.

With the Cubs being the latest team to lie down prone for the Dodgers, the D'Backs are now 4.5 back in the NL West. React accordingly.

COTN goes to ZM for his musings on Jason Kubel

The less interesting sequel to "Waiting for Godot."

As anyone who knows me can tell you, absurdest theatre is the thing I always like having referenced.

Tomorrow the Diamondbacks look to win the series in the first start off the DL for Brandon McCarthy. First pitch will be at 10:35 A.M local time. It's also on TBS for those out of market folks. I know some people will say "10:30? THAT'S AN UNGODLY HOUR RABBLE RABBLE." but really, unless you work a graveyard shift or are in college, 10:30 AM is not an ungoldy hour at all. I mean, most people are up by then to go to their jobs and stuff, even on weekends. So maybe you're the problem is all I'm saying.