Share All sharing options for: Pit Your Wits Week 16: Ballparks and Recreation

Since I only have three platforms on this site (Sure that's like two more than most of the writers, but who's counting?) I just would like to remind any new members on this here website (as well as old ones) to read or re-read the rules. Now your regularly scheduled whimsy

free syringes to the first 15k fans in commemoration of Ryan Braun’s MVP season, 1000 lucky syringes actually have miniscule amounts of HGH as a "boost" to the fan base.

Distribute 40,000 community college course catalogs, so they can register for some class.

As for the best leaders, the people do not notice their existence. Lao-Tsu

BE A PART OF HISTORY

On August 10th, be one of the first 5,000 people through the gates and collect your own piece of D-backs history with a lock of Randy Johnson’s luscious mullet hair! Don’t miss out because supplies are limited! 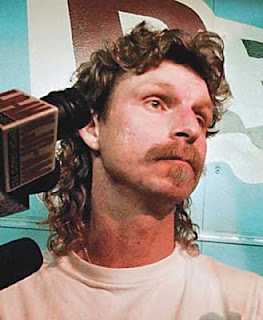 Your constant harassment of the female gender makes me sick.

And here are the standings:

This week: The Diamondbacks are in St. Pete for a two game stretch against the Rays. As we all know (and were reminded of last night) Tropicana Field is kind of a dump (to put it mildly) and that of all the teams, they probably have the best case to get a shiny, new field. However, that put this challenge idea in this head:

Give me a pitch for a ballpark that you would build. Is it pitcher or hitter friendly? What sort of extra distractions amenities does it have? It doesn't necessarily have to be for a specific team, but go for it, if you want.

Give your pitches, rec the other ones you like. The winner will be able to get their local cash-strapped municipality to bend over backwards to build your ballpark idea for you!