Because normal vacations leave out so much beer.

Everyone has probably at least heard of some local beer festivals. In Phoenix they occur outside the dieing times of summer, such as the Strong Beer Fest in February or the AmeriCAN Fest the first week of May. Regrettably though only the Flagstaff Made in the Shade fest gets you some cool weather and suds in summertime Arizona.

In other less sun-touched states the summer can see quite a slew of festivities revolving around beer, and that is what I write of today. 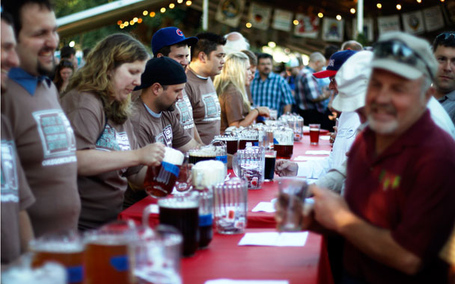 With that in mind there exists some real opportunities to plan a trip around getting out of the heat AND getting some quality brews in your gullet.

I'll just speak of one such event, for the numbers of beer fests nowadays are legion.

For those that don't know, Portland has the most breweries operating within a city at an astounding 52. In total the state of Oregon has some 169 breweries operating, which amounts to about 1 brewery for every 22,000 people living in that state.

The Oregon Brewers Fest sees quite a few of those state breweries, and a few from outside, showcase their brews in an amazing 4 day long event. Yes, I said it right, four days (this year it's actually five). From noon till 9pm during the last weekend (starting Thursday) of July the Tom McCall waterfront park in downtown Portland is taken over completely by beer geeks those seeking a good time.

Unlike most such events there are no tickets: all you need is to buy a mug, buy some tokens and prove you're 21. From then on you enter and leave as you please, going for a few brews and then food and then returning again, or just staying the whole time and staggering out later. 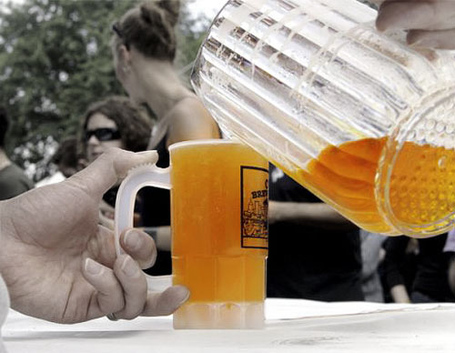 For a Phoenician like me, getting outside in the height of summer and actually enjoying yourself is quite the novelty, which is why I found it absurdly hilarious to hear people complaining of how "hot" it was the first time I went to this event when it was an underwhelming 90 degrees out with a soothing breeze coming off the river.

Sure the lines may get long, but the use of a mug allows for a full pour (with more tokens of course), and the atmosphere is so alive with music and randomness (a small brass band marches through each tent) that small inconveniences such as lines really don't matter much.

Then, once you tire of the fest, a plethora of food carts and fine eateries stand at the ready to help soak up all you've consumed. Seriously, Portland has some amazing food on every corner, especially Voodoo Donuts. This place was specifically designed to cure hangovers or provide for post beer fest eats. Yes the line in the morning is usually several hundred feet long, but the donuts they make are legendary: my favorite being the Habanero Apple Fritter. 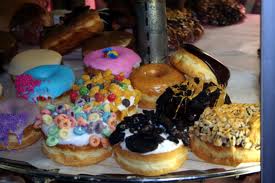 In closing the Oregon Brewers Fest is certainly one of my favorites, and has morphed into a summer pilgrimage for myself and some of my friends. Four full days in a city that basically is a Beer Mecca is certainly amazing and gets me away from the Inferno for just a bit.

Does this have anything to do with the D-backs, no: except, of course, that both are awesome.