Diamondbacks fans came in to Wednesday's game looking for a lot of things- hoping for a solid start from Brandon McCarthy, to see Paul Goldschmidt maintain his historic dominance of Tim Lincecum, and for Arizona to avoid their first season sweep at the hands of the San Francisco Giants. And... I'm afraid none of those hopes were met tonight. Sorry. It's a downer, just didn't want to draw out your hopes too much.

I guess we should have seen the signs early on. Say, about two pitches in, when Brandon McCarthy threw a 0-1 changeup that Angel Pagan launched over the right field fence to give the Giants a 1-0 lead. Maybe in the first inning, when Paul Goldschmidt came to bat against Tim Lincecum, and grounded into a double play. Who can say for sure?

Oh, there was hope. I think many of us had a moment where we dared to hope in the middle of the second, after McCarthy stranded that leadoff double. Then when Cliff Pennington hit a three run homer that almost landed in the pool to give Arizona a lead, there may have been moments of delirious glee. Okay, maybe we just thought we were delirious, because would you have expected to see Pennington homer off Lincecum? I didn't think so.

McCarthy settled in for a few innings after that, going through the Giants lineup 1-2-3 in the third and fourth innings. The Diamondbacks added on in the fourth after A.J. Pollock led off with a single and stole second before an Eric Chavez double brought him in to score. Chavez was thrown out trying to take third on the play, but it was still hopeful, right? We were winning!

Things didn't turn out so great from there.

McCarthy's run of outs came to an end with a leadoff double by Gregor Blanco, of all people. He looked like he might get out of it with two quick outs to Brandon Belt and Tim Lincecum, but we weren't that lucky. A two out double by Pagan brought in the Giant's second run of the game, and Brandon Crawford's triple brought in Pagan to cut the Diamondbacks lead to 4-3.

But it wasn't over yet! The Diamondbacks offense had more surprises waiting for us. Well, first they gave us two outs against Lincecum, but then Martin Prado shook a little rust off his bat with a double to right field. Paul Goldschmidt stepped to the plate against Lincecum and everyone held their breath. Well, it wasn't exactly the home run blast we were hoping for, but a single to right was enough to bring in Prado and pad the lead back up to 5-3.

The sixth inning was a bit of back and forth. Brandon McCarthy gave up a solo home run to Hunter Pence, while Lincecum was pulled for a pinch hitter in the top of the inning, ending his night with a less than impressive five innings pitched and five runs allowed. While he may be looking better than last season, Timmeh is still not the eternal threat on the mound that he was a few years ago. The Diamondbacks got the run back in the bottom of the inning when a Cliff Pennington double scored Eric Chavez, and we went into the seventh inning up 6-4. Now, could we rely on the bullpen to hold the lead?

I'll pause for the waves of bitter laughter that breaks down into attempts to choke back tears.

First, let's talk about our only bright spot. As it has been lately, it came in the form of Matt Reynolds. He went out in the top of the seventh and struck out the side. So, can we all pretend the seventh inning was the end of the game? Right? Good work, guys, wrap it up!

...sorry, Jim just told me I have to cover the rest of the game. Let the record show that this is all done under protest, and could possibly be considered a a violation of the Geneva Conventions, though Jim points out that as an indentured servant editor, I don't have the rights of a prisoner of war. Great.

After an ineffective bottom of the seventh, we took our two run lead into the eighth, and David Hernandez took the mound. Hernandez has been relatively solid for us this year, so we should be pretty solid, right? Again, pausing for the sighs of disappointment. Tonight, he got stung by the walk. Two, in fact. A one out walk to Hunter Pence and a two out walk to Gregor Blanco put the tying run on base for San Francisco. Unfortunately, Brandon Belt had more on his mind than a tie. Hernandez took an 0-2 lead in the count and looked like he might escape from trouble, but going three fastballs in a row was too many, and Belt deposited the third pitch into the right field bleachers to give the Giants a 7-6 lead.

The Diamondbacks tried to scrap back in the bottom of the eighth inning. Miguel Montero lead off the inning with a walk and then showed more speed than I normally expect from our catcher while taking third on Eric Hinske's two out single. But they couldn't get the tying run any closer than ninety feet, as Gerardo Parra swung at a pitch nearly in the opposite batter's box to end the inning.

And then.. The Heath Bell Experience. Except sarcastic, like it was at the beginning of the season. Yeah, Heath Bell came in and walked the first two batters. He got both of them to 1-2 counts before he lost them. So, down one run, two on, nobody out, 3-4-5 hitters coming up. It went about as well as you think, with Pablo Sandoval doubling to bring in Angel Pagan and then Buster Posey hitting a sacrifice fly to bring in Brandon Crawford. Bell got Hunter Pence to strike out, and then Tony Sipp came in to face Nick Noonan (who?) and got a ground ball for the last out.

After that, it was all done but for the heavy sighs. Sergio Romo came in to close out the ninth, and other than a one out single to Paul Goldschmidt, the Diamondbacks didn't muster much of an effort. A.J. Pollock struck out to end the game, and the Diamondbacks were swept by the Giants.

Yeah, just roll that over in your mind, and then scroll down swiftly past the graph, because it isn't pretty.

Zavada's Mustache took Comment of the Night honors with this unfortunate reminder of our current woes:

But when I do, they’re up in the zone to Pablo Sandoval. 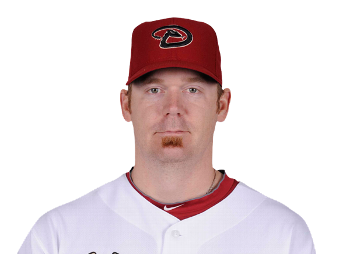 Paul Goldschmidt looks at Tim Lincecum and says "We are going to foxtrot, and I will always lead."
-Clefo

So. Swept by San Francisco, who came into town having just been swept by the Padres. Each game a matter of a bullpen collapse, with our relievers giving up 8 earned runs in 6 innings pitched this series. A little concerning, and very frustrating, to say the least.

But, we've got a day off tomorrow, and we see the Padres for the first time this season on Friday, seeing the new dimensions of PetCo Park. Here's hoping our bullpen remembers how to pitch by then.