This isn't strictly a Diamondbacks TotW, since Johnson was a Seattle Mariner at the time of his performance, but he's going into Cooperstown as one of ours (he said, confidently). And this is still pretty cool, so I'm including it.

This MARINERS RANDY JOHNSON AUTHENTIC USED JERSEY IN "LITTLE BIG LEAGUE" MOVIE COA has been certified authentic. Randy wore this jersey in the 1994 movie Little Big League where he played himself. It will include a Certificate of Authenticity from Press Pass Collectibles.

$799 for this - shipping is included, but it looks like the seller is relatively local, since it says that AZ residents will have sales tax added. Not sure what the percentage rate is on movie memorabilia, but given the cost, it's still probably a fair amount of extra dollars. 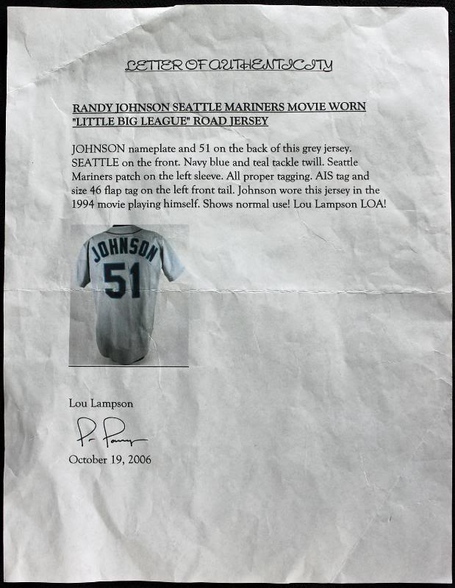 If you haven't seen Little Big League, it's a 1994 film about a 12-year-old who suddenly becomes the owner and then manager of the Minnesota Twins baseball team. Actually, if you'd looked at the Twins record over the past couple of seasons, you'd be forgiven for thinking this was a documentary, about the actual 12-year-old running the team. Except the one in the movie is enjoying a good deal more success. The movie comes down to a one-game playoff between the Twins and the Seattle Mariners, to determine the wild-card winner, and there are a host of famous ballplayers apart from Johnson: Ken Griffey Jr, Lou Piniella, Ivan Rodriguez and another future D-back, Carlos Baerga.

As Diamondbacks fans, we have to live vicariously in terms of popular culture, because our team has barely made a ripple. I remember being amazed when once, a kid on a TV show was wearing a D-backs cap When Big League Stew were writing their list of Movie appearances by all 30 MLB teams, all they could come up with for us, was Nine Innings From Ground Zero. Admittedly, a few other teams' list of IMDB credits are about as short as mine. But even our expansion siblings in Tampa have 2002's The Rookie, starring Jim Morris (Dennis Quaid) as a veteran pitcher who gets an unexpectedly-late chance to break through. Sadly, we still await The Sean Burroughs Story. 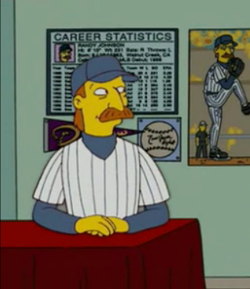 Johnson's acting career has been entirely spent playing himself. in one format or another. Probably the most memorable was his animated appearance on The Simpsons, guest-starring in the episode Bart Has Two Mommies. He was another attendee at a left-handed convention, where he had the stall next to Ned Flanders, selling his range of left-handed teddy-bears. Sadly, this wasn't in his time with the Diamondbacks either, Johnson at that time (2006), being a member of the New York Yankees. [though, of course, the jersey and cap worn by the Big Unit here are nicely nondescript]

Indeed, you could argue that our minor-league franchise in Visalia has had a bigger film presence, over the years, than the Diamondbacks over the years. It was mentioned in Bull Durham as Crash Davis's possible managerial destination [coincidentally, Kevin Costner went to high school there, for one semester], and was name-checked on a couple of occasions in Moneyball - at the time, it was an Athletics' affiliate. It probably helps their tenure is a lot longer than the D-backs there's been pro ball there, on and off, since 1946. As someone noted on Twitterr the other day, it even makes a cameo appearance in Little Big League. Some day, Diamondbacks: some day... 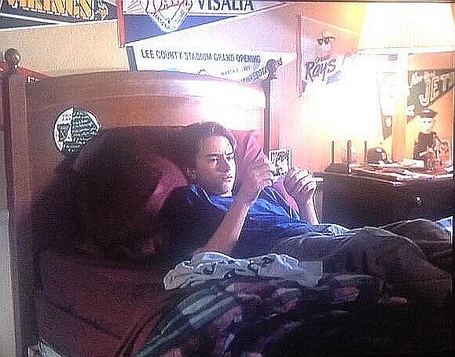