The Diamondbacks have made their first trade of the offseason.

Hey, you feel that? 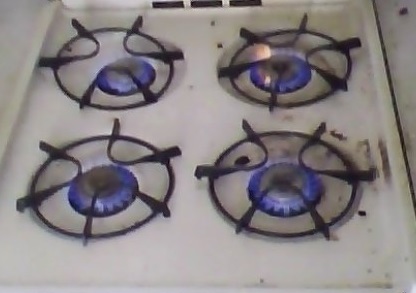 That's a hot stove right there, and after a period of relative calm a bomb dropped. It was reported earlier that the Rays and Reds had a deal for Catcher Ryan Hanigan heading to Tampa, it was announced that it was a three team deal, and like a twist in a WWE Match*, it was revealed that the Diamondbacks were the third team involved. Details started to trickle out, but the full details of the trade as it relates to the Diamondbacks point of view are as follows:

* I don't watch wrasslin', so I'm only assuming that's a thing, Jim or Moses can confirm or deny.

According to Steve Gilbert, the D'Backs are not including much money in the deal (About $500,000) , and Holmberg may have been thrown in so the team would not have to pick up another bad contract. This frees up about $9 Million in payroll from the final year of Bell's deal initially signed with the Marlins in 2012.

Choate pitched 40.2 innings for the Hudson Valley Renegades in the Class A Short Season New York-Penn League, and put up a 1-3 record with a 2.88 ERA. It is unclear at the time of writing whether the PTBNL is coming from Tampa or Cincinnati.

This officially means the Heath Bell Experience is over in Arizona. He posted a 4.11 ERA in 65 innings, but the harrowing part came from 12 Home Runs surrendered, only one fewer than Brandon McCarthy and Trevor Cahill, who gave up the fewest home runs of the starting pitchers, but did so in many many many more innings.

Holmberg was acquired from the White Sox in the Edwin Jackson-Daniel Hudson trade in 2010. He made his big league debut on August 27th against the Padres and gave up 3 runs in 3.2 innings of work. He was listed as the #7 prospect in the D'Backs system by Fangraphs.

Stay tuned to Azsnakepit.com as more details emerge. For now, vote in this knee-jerk reaction poll:

(For perspective from the Reds and Rays point of view, visit Red Reporter and DRaysBay.)