"This is the view from my hotel room. Going to enjoy it and not worry about this trade nonsense "

Share All sharing options for: 140 Characters From Our Diamondback Characters

So Tweeted Justin Upton this afternoon - and good for him. Damned if I'm going to write up another "outfield rumors piece" - at least, I'll leave that up to Clefo tomorrow.... [vague teaser is vague!] So, instead, what have the rest of the D-backs on Twitter been up to over the festive season? We start with A.J. Pollock, who discovered that "man's best friend" is perhaps a bit of an exaggeration, when there's a tasty bit of cowhide to hand. "An early Xmas present from the dog. I can't believe this! #sopissed #favoriteglove." 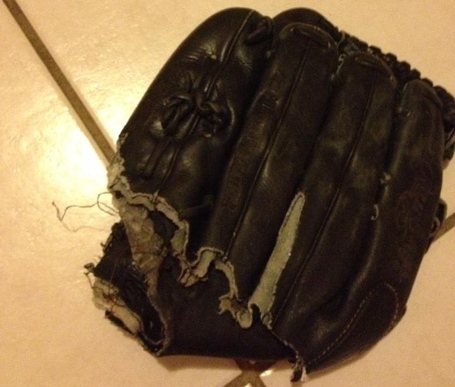 We can relate. The SnakePit canine has a fondness for chewing the linings out of Mrs. SnakePit's shoes. Never touches mine: I like to think it's because of my status as alpha dog in the household, but he probably just gets overpowered by the smell... Tony Sipp's household problems are even more everyday: "I don't know which one did it but either my washer/dryer is responsible for four missing pair of boxers and a dresser full of mismatched sox." This is why I love Twitter: reminders that even professional athletes put their clothes on, one (mismatched) sock at a time...

New outfielder Cody Ross was musing over the toughest jobs in sport. "The hardest position to play in sports is no question QB in NFL. Remembering a play book, reading defenses and having pin point accuracy > starting pitcher, goalie, or any other position anybody can think of." However, he later went into a bit more depth: "In my opinion the hardest THING in sports to do is hit a baseball, the hardest position to play is QB, and toughest is hockey. And golf is the most stressful. The End " 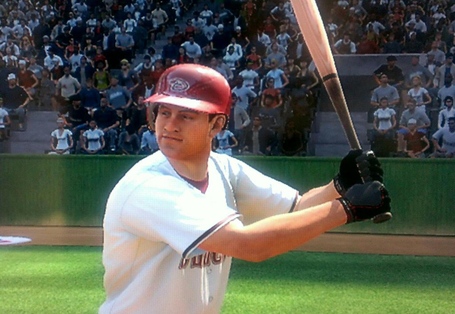 Brandon McCarthy is, understandably, getting some flak for his trans-gender driving license, but he's not taking it lying down: "To every1 callin me a girl i'll show u that i'm all man...hang on while this pic uploads..." I think I was able to hit the "unfollow" button just in time to avoid... Well, some images, once seen, cannot be unseen. Fortunately, normal service was soon resumed, with McCarthy musing,: "Could you imagine our viewer confusion if TV announcers didn't remind us that we're watching the 'National Football League' every 3 minutes?" And his year has begun well: "Found a piece of delicious steak in my teeth from earlier tonight so #2013 is pretty great so far! 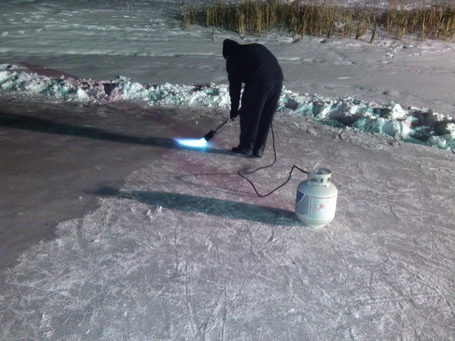 Reasons to live in Arizona, #122:
"@AdamSpankyEaton and his hillbilly Zamboni." - Rick Osburn

The above image is about as far from the one on top of this story, as imaginable. I'm getting chilly just looking at it. Despite the widespread interest in his walk-up song, it seems Miguel Montero is looking for something more modern: "I like Chacarron, but it's too old i [need] something new." The decision seems to have been made: "i think I'm gonna go with Pitbull - can't go wrong." But we should leave the final Tweet on 2012 to Daniel Hudson, expressing an opinion which is certainly understandable.