What Google Tells Us About The 2001 Diamondbacks

Following up on last month's piece about what Google suggests when you type in names for the current members of the Diamondbacks, what does the search engine have to say about the World Series winning roster?

Share All sharing options for: What Google Tells Us About The 2001 Diamondbacks

As with the previous article, the process was the same. Type in players' names followed by a space, and see if Google comes up with any interesting suggestions for search terms. The results are based on what people actually tend to look for on Google, so give an insight into the public opinion of the player in question - which, of course, may or may not be accurate - and are entirely subject to change, meaning what you get now may not be the same as what I got when I did my Googling.

It's one of those stories that just never gets old. and has to rank among the most memorable non-postseason moments in Diamondbacks history. If you're not familiar with it, in 1999, a Shamrock Farms promotion allowed one lucky fan to have a shot at winning a million dollars. All they had to do was pick an inning and D-back player; all the player then had to do was hit a grand-slam. Let's face it, odds were remotely against it even being a grand-slam situation for that specific hitter, let alone him hitting one out. But on July 11, Gylene Hoyle went to BOB, and picked Jay Bell in the sixth. The bad news, he was due up seventh. What could possibly happen? 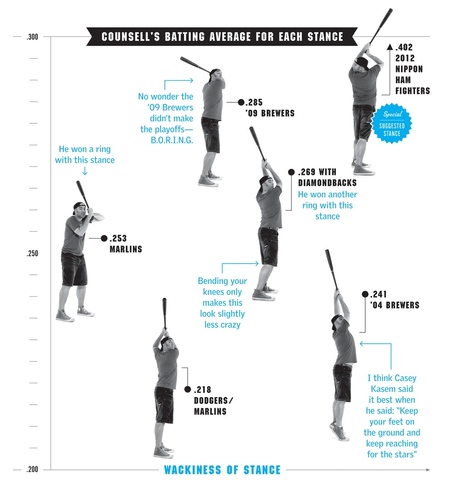 Counsell could be remembered for many things, such as being on the fun end of not one but two blown saves in the bottom of the ninth inning, during a World Series Game 7. But who cares about that, when he has one of the most impossibly funky batting stances of all time? It went through a lot of evolution over the years, as the graphic above shows, but reached some of its most pretzel-like heights during Craig's time with Arizona. It was the kind of stance in which it looked near-impossible to maintain balance, never mind do anything positive with a major-league fastball, but it seemed to work out not too badly in the final analysis.

As we saw with the current Diamondbacks, there is usually some interest in baseball players' WaGs [wifes and girlfriends]. Miguel Batista was another one whose other half, the intriguingly-named Taj Mahal showed up: perhaps as a result of an odd story where, along with David Copperfield, they saved a marriage. Okayyyy... In Dellucci's case, it's a relatively recent addition, having married The Price Is Right model Rachel Reynolds in 2010. And what a lovely couple they make too, as shown by this footage of them appearing together on the show, from April that year. They're expecting their first child together next month.

On the other, sadder end of the relationship spectrum, we find Gold Glove outfielder Finley, who split from his wife Amy in 2008, after sixteen years and five children. It was reported at the time that they were selling their beachfront house in Del Mar, with an asking price for the 2,500 square-foot home of...wait for it... $21.5 million. Look, I know real estate in California is pricey, but... No word on whether or not he got the asking price, about 14 times what he paid. However, I note that it came on the heels of him selling a 10,000 square-foot property in San Diego for close to its $9 million asking-price. Chalk up another reason to be glad this isn't California.

Probably not quite the first thing I'd have come up with, but it's certainly an important and rare aspect of Gonzo's identity. Though he's not the only major-leaguer to have had them: Dave Righetti's wife also gave birth to a trio, in 1991, and I believe Torii Hunter does too. Since Righetti debuted in 1979, there have been just over 7,000 players in the majors. Three sets of triplets would be quite high, given the expected rate is about 1 in 8,000 conceptions [some players don't yet have any kids, while others have more than one, so it's hard to come up with an exact number]. Gonzo's three - Megan, Jacob and Alyssa - were born eight weeks premature, but all are fine, as shown below. 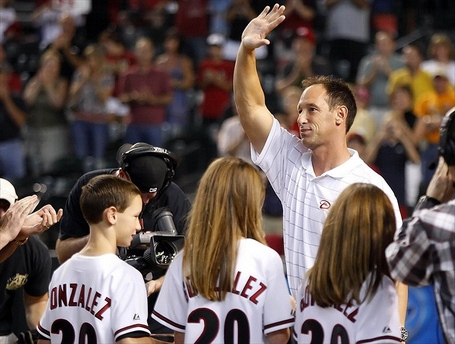 The second choice is photography, reflecting the Big Unit's recent fondness for taking pictures, but a single incident defines Johnson in public consciousness. It happened during the seventh inning of an otherwise utterly forgotten spring training game between us and the Giants, on March 24, 2001, with Johnson facing Calvin Murray. While still a unique feat by a major-league pitcher, a similar incident happened last April in a high-school game. At the time of his bird strike, Johnson said, "I didn't think it was all that funny." However, his opinion seems to have mellowed over the years, and I now note the logo on RJ's photography website: a dead bird...

Another possibility here was "middle finger", thanks to an infamous incident when he was with Boston, where he flipped the bird to the Fenway faithful. But for Arizona fans, he will always be infamous for his two blown saves in the World Series [even though he was insanely good the rest of that post-season, allowing one hit in 6.1 innings of work. But in 2012, he made an unexpected re-appearance with a cameo reference on 30 Rock. However, I should point out that rather than "still living in America" as claimed, Kim signed a contract last January and spent 2012 playing for NEXEN Heroes in Korea. Kinda completing the cycle, the team has an American cheer leader...

How the mighty are fallen. Ahead even of "bloody sock" these days, and quite a spectacular collapse, given Schilling earned over $114 million, in salary alone, during his time on the mound, $26.5 million of it from the Diamondbacks. But he ended up pouring millions into his video-game company, which crashed and burned - taking a good amount of public money with it, not just Schilling's. He was the subject of an ESPN 30 in 30 documentary earlier this year, entitled "Broke," which may be where the Google suggestion comes from. But as a result, he's now selling his house - unlike Finley, he wants a million bucks less than he paid for it, nine years ago. 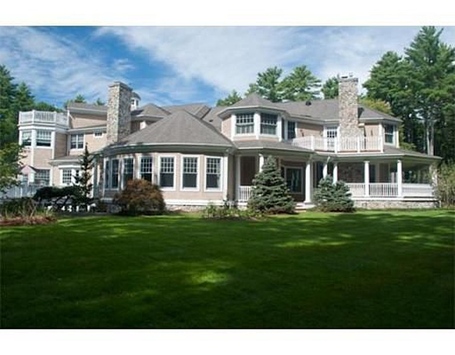