I'm saying nothing today. Partly because no-one seems ever to read these things, partly because anything I say may be taken down and used against me in next week's Pit Your Wits... So instead, via upload.wikimedia.org, here is Edward Bume-Jones's painting, The Mirror of Venus. It was either that or BlasphemyBieber. 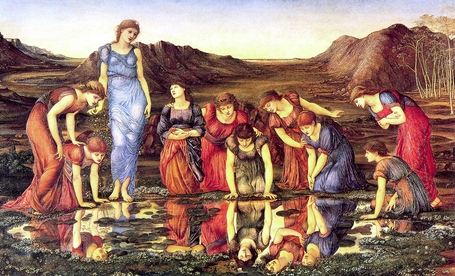 I will just mention that the ongoing 10-game streak of scoring four runs or less is the longest for the Diamondbacks since they went 15 straight in May 2007. I think that's probably uncontroversial enough...