Share All sharing options for: Gameday Thread, #82: 7/5 vs. Dodgers 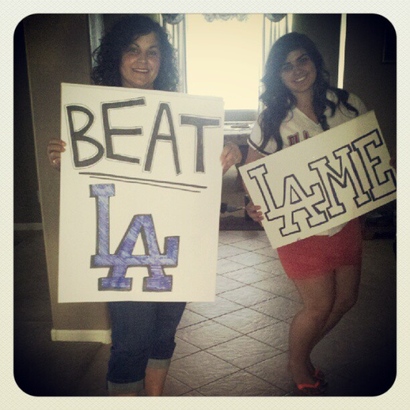 Said I'd make good use of this. :)
[Hat-tip to lindseypaige!]

So, do you think Gibson bought a stack of line-up cards before the season, pre-printed with Justin Upton's name in the three-spot? Seems the only way to explain the presence there of a man who, since May 27, has a .674 OPS and two home-runs over 31 starts. For reference, Emilio Bonifacio has a .675 career OPS. Whatever you may think about Upton's level of performance - and, personally, I think there are valid grounds for criticism, albeit not at the level we have seen of late - he should not be batting third at this point.