Share All sharing options for: Grooming Moments: The 5 Best D-backs

It used to be that men played baseball jacked up on greenies, in stadiums that resembled donuts, and weighed down by a pound of hair product. These men weren't afraid to rock big hair, receding hair, hair on the face, and whatever else you could find at your local stripmall hair salon. Sure, some franchises instituted rules on appearance, but the Yankees can't stop the 'stache. No one can stop the 'stache.

Now it's all short hair and boring goatees. It's a sad day when Jason Giambi's Super Mario-esque mustache was the talk of the league. Used to be that everyone had that 'stache.

We're well beyond the glory days of well-coifed baseball players from the 70's and 80's, but that doesn't mean there aren't still some awesome examples out there. After the jump we'll look at a few of the best hairstyles and facial hair to be seen with the Arizona Diamondbacks.

5. Ian Kennedy - The Diamondbacks don't do beards. At least, not in the sense that the Rockies or Giants do them: great, all-encompassing monstrosities like something out of a 50's B-movie, has crawled out of a player's nose and is now preparing to move on New York, impervious to everything the military can throw at it. These can be seen in divisional rivals like San Francisco and Todd Helton, but there's nothing like that here in Arizona. That's understandable: soon as the temperature hits 100 degrees, I'm heading for the barbers and asking for a buzz-cut. A beard like Todd Helton's works a lot better a mile high in Denver, than the Valley of the Sun.

So there are a few guys now who rock the full beard. Josh Collmenter, Josh Collmenter's twin brother Jason Kubel, and of course, Ian Kennedy. What Kennedy lacks in length from the beard he more than makes up for in sleek gingeriness.

4. Brandon Webb - The chin strap goatee was pretty ubiquitous for males of a certain age in the early to mid 2000's. It was for the guy who wanted facial hair, but didn't want to be the Guy With A Goatee that was such a joke by the end of the 90's (you know the guy; he was a snob in all the wrong ways, he always claimed to discover new trends when in reality he got it off MTV, and now he works in the HR department of your company). The chin strap seemed to be especially popular with baseball players, and can still be seen on occasion. 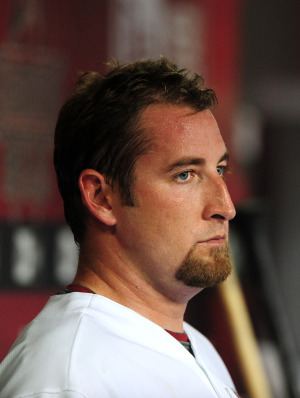 3. Danny Bautista - I don't care what anyone says, I love big hair. Maybe it's because my hair is too fine to allow a mass of hair so large that a baseball cap only can daintily sit on top, holding on for its dear life in even just the most casual of movements. Bautista didn't mold his hair enough to reach jheri curl status, but he's probably the closest any Diamondback has come to that king of hairstyles. 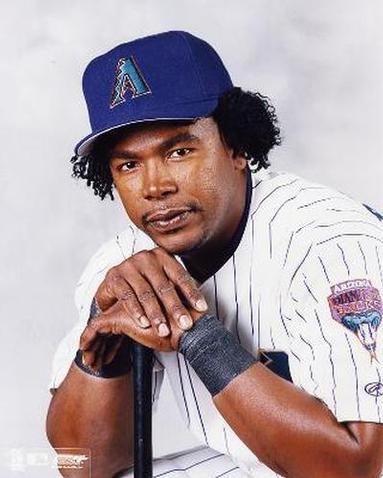 2. Randy Johnson - There was a time when mullets and scraggly hair was the look. That time was the 70's and 80's, and is alive and well in the NHL, some parts of Canada, and Randy Johnson. He tamed the look over the years, but he had a coif to make Barry Melrose jealous. He combined with a rakish mustache and soul-patch, which suggested that he secretly wished to try out for the part of D'artagnan. 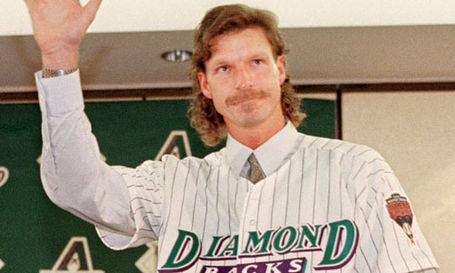 1. Clay Zavada - Facial hair so ridiculous it spawned user names and adoration for one brief call-up. People said he looked like Rollie Fingers, but I personally think he looked more like obscure Muppet Lew Zealand. 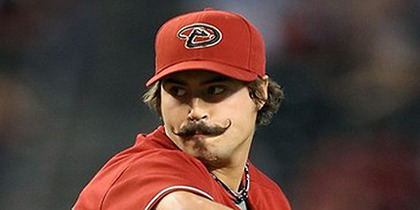 I'm sure I missed a few awesome examples, so if you remember a particularly bad look, even from another team, let us know in the comments.