Share All sharing options for: Diamondbacks 4, Pirates 5: Damn You Hoffman! 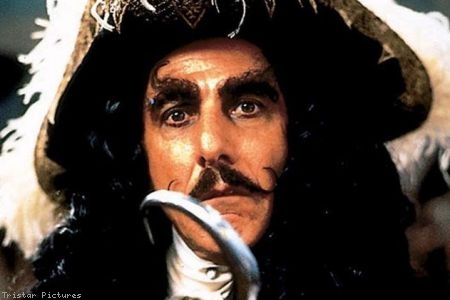 I simply cannot see the Pirates and not think of that movie. Happy thoughts anyone? The Diamondbacks lost and the Pirates won, Justin Upton's thumb is oozing liquid, Chris Young's shoulder may be separated, and Willie Bloomquist might play in the outfield everyday now, but let's look at the positives so we don't lose our marbles...

For starters, the Pirates won. Amirite? There's something magical about seeing the Bucs win. It's like seeing a lunar eclipse or the sailing stones. I'm not suggesting that wins are a rare phenomena for them, it's just that it makes you feel good inside when you see it. I like to think that we purposely lose games like this because they're easily forgivable. Example A:

We figured losing to the Pirates would be like giving a child a piece of candy. We all want that treat and it's hard to give it away, especially if it's Sour Patch Kids, but sometimes you just want to see a little kid smile.

Sooooo this is what happens when you recap a game at 1:30 AM after driving halfway to Mexico.

As you might have noticed by now, I wasn't exactly up to speed on much of the play-by-play for tonight's (or yesterday's) game. My wife had plans to see a concert at the Rialto and her carpool situation was suddenly derailed at the last minute. I was deemed her only reliable source of transportation by default and spent the majority of my night driving. I did, however, spend some time at a smelly bar on Congress and got to hang out with some Snakepit bros in Skins and Clefo. Kudos to Skins for having me as a guest and Clefo for not banishing me as a lousy Tucson tourist.

About that game that happened, though; let's get to it. The Pirates struck first in the first on a trio of two-out singles - juicy foreshadowing - but the D-backs answered back in the bottom of the inning compliments of a trio of two-out hits of their own off the bats of Young, Montero, and Kubel. That's right, I said Kubel. I'm looking at you NASCAR. The D-backs took a 2-1 lead but more importantly they officially labeled themselves as a 1st inning beast. Arizona has now scored 16 runs in the 1st inning through 11 games this season. That's seven more runs than they're next best scoring inning - the 6th - at 9 runs. No other team in the MLB has scored as many runs in the 1st inning.

Jeff Karstens then left the game after the 1st due to shoulder inflammation (yikes) and was replaced by Jared Hughes. Looks like that 2011 AZ curse still lingers for opposing pitchers. Hughes was introduced to Willie Bloomquist rather rudely as Willie doubled in the third D-backs run of the game, plating Aaron Hill who had reached on a walk. Then the Pittsburgh Pirates bullpen happened and the Diamondbacks offense unhappened. Arizona would only have two singles from the 4th through the 8th innings.

Meanwhile, the Pirates slowly clawed their way back to tie and eventually take the lead. In the third inning, again with two-outs, the Bucs once again had a trio of hits (even more foreshadowing to come!) and eventually scored a pair of runs off of the bats of Neil Walker and Garret Jones. Ian Kennedy also balked somewhere along the lines here but there's no evidence of it - Skins reassured me that it's an MLB conspiracy.

Chris Young took matters into his own hands in the top of the 4th inning with an amazing catch against the wall in left center field. Unfortunately, his body slamming into the wall at full speed was more than it could handle and he eventually left with a shoulder injury. Things didn't get much better from there as Garret Jones homered in the 6th inning to give the Pirates the lead and the D-backs rolled into the 8th inning down 4-3.

Cue entrance into the Skins and Jinnah residence and there goes a John McDonald homer. A no-doubter which granted Skins permission to yell "Mack Daddy!" several times despite jinnah's disapproval. I for one welcome our new Mack Daddy overlord.

Bryan Shaw comes in with the game tied in the 9th inning and promptly gets two quick outs. That's just what the Pirates wanted though. They want to lull you into that false sense of security and then take aim at your heart when no one is looking. Well, maybe not that drastic, but once again the Pirates scored on a trio of hits with two-outs. Lead 5-4 and victory off of a, "hey look it's Juan Cruz!", save. GAME.

Another hefty GDT bulking over 1K comments. I just remembered that I got a new computer and no longer have the link to the rollcall tool so looks like you'll have to wait for those results. I'll make a game of it and wager $2 that it's either imstillhungry or NASCAR. WHO'LL WIN? TUNE IN SOMETIME TOMORROW TO FIND OUT.

think it might be time for one of my patented visual aids. Haven’t posted one in awhile: