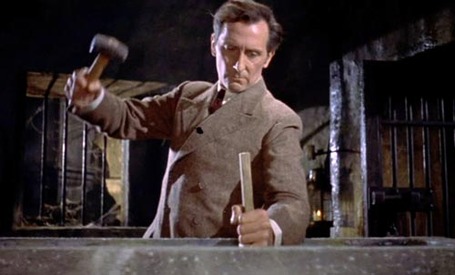 What a difference a day makes. Has to be said, some seemed on the verge of melt-down as the Giants threatened early, but by the end, it was another smooth D-backs victory. Ian Kennedy racked up arguably his most important W of the year, and we sent Lincecum to an 0-2 record against Paul Goldschmidt Arizona this season. Timmeh looked about to burst into tears more than once, and who can blame him, as the Giants are almost done: our division odds at CoolStandings.com are 95.6%. To put that in the context of last night's game, after J-Up's bases-loaded walk, our Win Probability was 95.7%. That's where we are: four up and the bases loaded, with one out in the sixth inning.

Vogelsong has been a nice story for the Giants, but he's fading down the stretch. He has lost his last three starts, with an ERA more than a run above his season average. Meanwhile, Hudson has been getting better: over his six August starts, he had a 2.88 ERA. This was always going to be the match-up in the series I felt most confident about, and while a victory this afternoon won't technically clinch the division, it might end the Giants' chances. If that happens, I'd proibably be more concerned about the Dodgers - albeit in the way you're concerned a meteor might hit your house. They're on the way to their 12th win in 13 games, but would still be below .500.

imstillhungry95 on the guest recap this afternoon, so look forward to that. Still got a couple of slots open later in the month, so if you're interested, sign up to do one.