The Diamondbacks announced at the end of today's spring training that Joe Saunders would start the opening game against the Giants on Friday, with prospective rotation member Aaron Heilman filling that role in the first-ever game at SRF@TS on Saturday. But as full-squad training sessions continued under the watchful eye of Kirk Gibson and his coaches, the biggest news was that D-backs executive Roland Hemond had been named the second recipient of the Buck O'Neil Lifetime Achievement Award. He'll be honored as part of the Hall of Fame Induction weekend, which will take place at Cooperstown in July

But we were there for all the action from today: a report, photos and videos can be found after the jump.

It's the first practice session I've ever attended, and it's an experience I can highly recommend for any fan of the team. The workouts are largely open to the public, with the four main training fields used all located around a central spot, from which spectators can follow progress, from a distance that's hardly any further than the players and staff taking part. There are even rest-rooms and a small but perfectly-formed concession stand out there, which are particularly welcome. There are some minor areas off-limits - the covered batting cages, for instance - but those are definitely in the minority.

Fans take in the action at SRF@TS

There was certainly no shortage of activity to take in. The first session I saw on arrival was apparently designed to teach fielders positioning on balls hit to the outfield. On every play, everybody has somewhere they are supposed to be - even if they're not actively chasing the ball, they might be acting as a cut-off man, covering a base, or backing up in case a throw gets past the designated receiver. Here, the coach would call out a situation, e.g. "man on first", the pitcher would fake throwing a pitch and the coach would then drive the ball - the ballet would then commence, until the ball arrived at its intended final destination.

On another field, infielders were taking ground-balls - but not just any ground-balls, since these were being clipped toward them by two members of the 2001 World Series winning side who still work for the team, in Matt Williams and Luis Gonzalez. Three or four shortstops, and the same number of second-baseman, would field the sharply-hit grounders, and then flip them to second, or throw across to first-base. This was pure repetition, designed to get the infielders comfortable with balls hit at them in any conceivable spot, ranging from skidding choppers to line-drives, and able to make the appropriate play, almost without thought.

While there were also sessions on base-running, pick-off moves, etc. the focus of the day was, as you'd expect, on hitting and pitching, the two most fundamental of baseball skills. The pitchers and catchers, having had a few extra days over their hitting brothers, seemed to be generally getting the better of the encounters when they faced each other in "live pitching", but I imagine the contests will even out as the batters catch up. In his end-of-day conference, Kirk Gibson picked out Wade Miley as someone who had impressed him in the early stages, and hinted he might be a dark horse for a rotation spot. I didn't get to see him, but here's footage of new reliever Kam Mickolio in action.

If I came away with anything, however, it was probably a new-found appreciation of how hard it is for batters to do what they do. When watching on television, or even at the game, you don't appreciate what "90 mph" actually means when it is flashed up on the radar-gun. Standing right behind the cage, and seeing the tiny spherical object come towards you at around that speed is quite a reality check. Managing to get the slightest bit of wood on leather would be an impressive feat, never mind driving it with authority into the gap. It's easy to see why even the best hitters make outs the great majority of the time.

At the end of the day, Gibson spoke to the media, answering questions, and announcing, as noted above, the starting pitchers for the first few spring training contests. But I think even he would be happy to admit he was upstaged by Roland Hemond, who spoke about the news that he had won the Buck O'Neil Award, which commemorates those "whose extraordinary efforts to enhance baseball's positive impact on society has broadened the game's appeal, and whose character, integrity and dignity reflect the qualities embodied by Buck O'Neil throughout his life and career."

Hemond has been working in the game since 1951, starting with the Braves when they were still in Milwaukee, and going through the White Sox, Angels and Orioles before landing in Arizona. He seemed genuinely moved when talking to us, particularly when remembering his long-time friend, Chuck Tanner, who died last month. On a day when my own love of the game received an injection of new-found enthusiasm, there's probably no better words to end with than Hemond's: "This is the greatest game, in my opinion, and if you can live a lifetime like I have as part of that game, it'll bring you very many joyful moments." 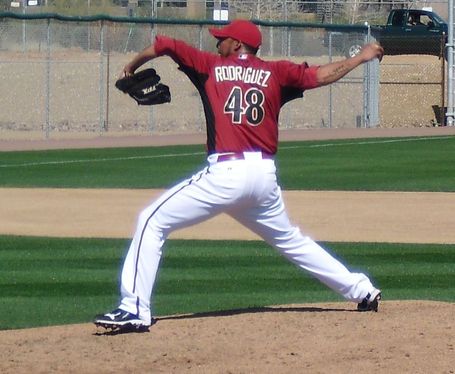 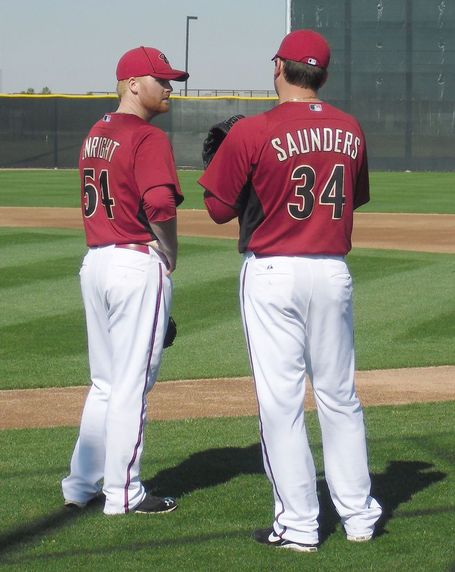 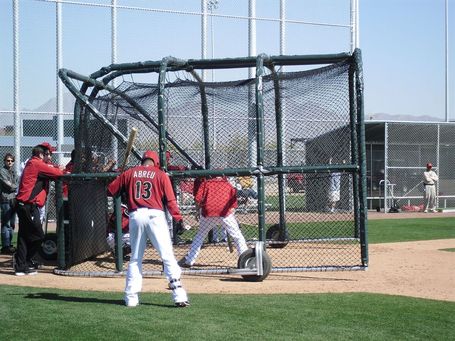 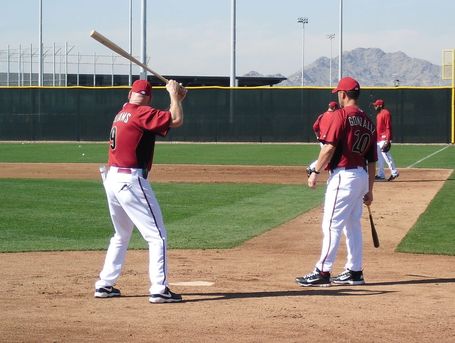