Share All sharing options for: 2011 'Pitties: Game of the Year

It was a little closer in the voting for Performance of the Year: but only a little, as Ian Kennedy's dominance of the Phillies received about two-thirds of all picks, and cruised to the win. Congratulations to him, and we now move on to the somewhat related category, Game of the Year. Certainly no shortage of contenders in this one, with the team picking up their most victories since the 2002 season, and specializing in drama, trailing at some point in 48 of the 94 wins. Indeed, there were so many, even restricting it to regular-season games, that I felt compelled to expand beyond the usual five (though held back from all 94!). After the jump, you'll find the nominees and the ballot.

Titles go to the SnakePit recap of the game in question, opening in a new window for your nostalgic pleasure. MLB won't let me embed the highlights, but the link at the end of each summary will take you to those, also in a new window.

May 14th: One-hit win over Los Angeles.
Josh Collmenter's first start proved a thoroughly-memorable one, as he held Los Angeles scoreless for six innings in Dodger Stadium. And he needed to be great, as Arizona could manage only one hit off Chad Billingsley and the LA pen. A Drew double, followed by a wild pickoff throw and a sacrifice fly, were all the Diamondbacks would get, but it would be all they'd need. You can make a case this victory kick-started our season, beginning a streak in which we would win 18 of 22 games and go from last to first in the National League West. Video highlights

May 27th: Six runs down? No problem?
Man, the Astros must hate us. Twice this year, they were six runs up on the D-backs going into the fifth inning. They lost both games. This was the birth of the 2011 Arizona Neversaydie-mondbacks, as a pair of opposite field, two-run homers by Juan Miranda got the comeback started. The tying and go-ahead runs would score on an infield hit by Chris Young, the throw home getting past Astros catcher Humberto Quintero. He was hurt in the collision, and would unfortunately miss about six weeks as a result. Video highlights.

May 30th: Marlins sent reeling, 15-4.
Pounding out a season-high 19 hits, with five home-runs, the offensive game of the season for Arizona provided a memorable Memorial Day. The total of 38 bases was the most by the team in almost six seasons (since 39 in a June 2005 game against the Royals), and the third-highest all-time for the franchise. Kelly Johnson had 13 of them, finishing a single short of the cycle and Justin Upton added a five-hit night, including a Friday's homer. All told, the D-backs scored 53 runs in their seven games against the Marlins this season. Video highlights. 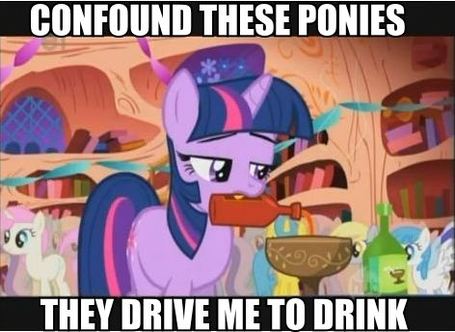 August 11th: Goldie in the 9th, Young in the 10th.
Another Houston game, another amazing Arizona comeback. Behind 5-1 going in to the eighth inning, did the Diamondbacks panic? Nah. Or trailing by two runs and down to their last strike? Whatever. Paul Goldschmidt hit a game-tying two-run shot with two outs in the bottom of the ninth, and the next inning, Chris Young walked the home team off with a three-run blast down the left-field line. Arizona scored a total of seven runs over their last six outs, and instead of dropping into a tie with SF, held onto a first place they'd not relinquish again. Video highlights.

August 16th: D-backs ride into the valley of death (a.k.a. Philadelphia).
The expectation was Arizona's surprising challenge would falter against a "real" team, but this contest proved they were no desert mirage. Again, Collmenter proved his mettle, dueling with opposing ace Roy Halladay, and keeping Arizona in a game where there was never more than one run between the teams. However, the D-backs did trail the home side 2-1 going in to the ninth. Charlie Manuel stayed with Halladay, and was burned as Lyle Overbay knocked one in to the gap and pinch-runner Collin Cowgill scampered home with the go-ahead run. Video highlights.

September 23rd: How the West was won.
Oh, how sweet it was. Not just to win the division, but to do so against the reigning NL West and World Series champions, in front of a packed Chase Field. Of course, it wouldn't be a Diamondbacks win if they didn't come from behind, and the team managed nothing against Matt Cain through the middle of the seventh, at which point SF led 1-0. No problem. Paul Goldschmidt's first career triple in the eighth drove in two runs, and when J.J. Putz got a lazy fly to center from Aubrey Huff, it was time for Arizona to uncork the champagne. Video highlights.

September 27th: The latest of late comebacks against the Dodgers.
Memorable in a couple of different ways, this was Jarrod Parker's first - and, as it subsequently turned out, only - start in a Diamondbacks uniform. He posted 5.2 scoreless innings in a tight game; the teams traded runs in the seventh, but that was all the scoring through the end of regulation. Both sides made up for that in the tenth frame, combining for eleven runs. First, the Dodgers scored five off Micah Owings, then the Diamondbacks, with two outs and the bases empty, scored six runs, capped by Ryan Roberts' walk-off grand-slam. Video highlights.