A little while ago, I wrote about the D-backs Players of the Year, and how, for various reasons, few have ended up being very productive for the Diamondbacks. While digging into those names, I found Kevin Sweeney, who was the organization's first player of the year in 1996. A 29th-round draft pick that June, his first pro-season was insane. Over 270 PAs, he hit .424 - even more extreme, his on-base percentage was .552, a number which has been reached for that many at-bats, by only a handful of players at any level of professional baseball (and we're talking the likes of Barry Bonds and Ted Williams).

But two years later, his career ended at High-A. What happened? Well, he's still in Phoenix, as a financial advisor - perhaps ironically, he "focuses on providing financial strategies to the professional athlete." We caught up with Kevin and asked about a career that perhaps exemplifies the proverb, "The light that burns twice as bright burns for half as long." Thanks to Kevin for his time answering our questions.

AZ SnakePit: You were originally a 29th-round pick. Do you remember where you were and what you were doing when you heard that the Diamondbacks had drafted you?

Kevin Sweeney: Yes. I believed that I would get drafted the first day of the draft. I was disappointed when that didn't happen. So the second day, I went to my grandparents house to visit. When I came back home, I walked in my front door and my mom was on the phone with the Diamondbacks scout, Greg Lonigro. He called to let me know the Diamondbacks drafted me.

AZSP: Was life in the minor leagues what you expected? Is it as unglamorous as we sometimes hear?

KS: The Minor Leagues were definitely unglamorous (if that is even a word). However, so was college. I went straight from college to the minor leagues. So for someone in his early twenties, I was used to having no money and living on limited resources. I actually enjoyed it. The 14 hour bus rides got to me a little though.

AZSP: Your first-year numbers were insane. You hit .424 in 270 PAs, and your OBP of .552 is among the highest ever in professional ball anywhere. What was going on?

KS: I was a very late bloomer. There were some minor tweaks to my swing I made earlier that year in college. I had a solid plan at the plate and did not give away at-bats. I started taking walks, which really helped me. 1 for 3 with a walk was far better than 1 for 4, over a long season. I also started driving the ball to the opposite field, which opened the field up for me. I reduced the amount of holes in my swing.

AZSP: At the end of the year, you won the first even Diamondbacks Organizational Player of the Year award. Was that a surprise - and does that come with an actual trophy?

KS: It would have been a surprise if you asked me before the season started, since I was on the bench most of the time. As things clicked, my confidence grew. But honestly, I was so naïve, I didn't even know that organizations had awards like that. To this day, it's still quite an honor. I actually got a plaque for Player of the Year.

AZSP: You played alongside Brad Penny, who'd go on to be an All-Star, for a couple of seasons. Did he stand out as a future ace, or do any others leave a lasting impression?

KS: Brad definitely impressed me. There were a couple pitchers who were drafted higher and received huge bonuses, compared to Brad. However I always felt Brad would succeed because he was a fierce competitor. I always enjoyed playing behind him because he attacked the strike zone and challenged hitters. The games went by faster because he kept a great tempo and rarely gave up runs.

KS: My first spring training (1997) in Yuma, AZ, I injured my upper quad area of my leg while doing outfield drills. I felt a pop and assumed, along with the medical staff, that it was a quadriceps pull. I missed the rest of spring training and part of the season. My first extended spring training game which I played offense and defense, I felt a pull again as I rounded first base. I came out of that game as a precautionary measure. Then somehow I was sent to South Bend the next day to start playing in the regular season.

I played a few games as a designated hitter in South Bend. Again, the first game playing outfield I felt a pop rounding third base. This time I knew it was more than just a quad pull. I stayed in south Bend the rest of the season anyway and played one more season in the California League. However, my leg was never the same.

In 2008, over 9 years since playing baseball, I had continuous pain in my upper quad/hip flexor area. I sent my MRI to a specialist in Vail, Colorado. Two weeks later I had hip surgery there. The actually injury was called a "femoral acetabular impingement." Basically my femor and hip bones were cleaned up, and my labrum was repaired. This is the same doctor that repaired Alex Rodriguez's hip three months after mine.

In 1997, MRI's were not as advanced as they are today. Even if my injury was accurately diagnosed, medical technology was not advanced enough to fix my injury. Today, however, this seems to be a very common surgery for baseball players. 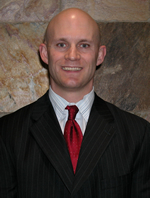 AZSP: How hard was it for you to accept that your major-league dream had ended, and make the switch to 'normal' life?

KS: It was hard, but I didn't want to be one of those former players that blame the world for my injury. Maybe I would have played in the Major Leagues, maybe not. Either way, baseball was and always will be a big part of my life. However, baseball does not define me. Baseball gave me the opportunity to move to Arizona permanently. I now have a great family and a great business which were made possible when I left baseball.

AZSP: Do you keep in touch with any former team-mates?

KS: Not too many. Everybody went their separate way. I still see Jason Conti from time to time. Some through Facebook.

AZSP: What is your fondest memory of your time as a professional baseball player?