Purple haze, all in my brain
Lately Toolo just don't seem the same
Doubled off, think he's going to cry
'Scuse me while I kiss the playoffs goodbye...

Will the last person to leap off the Colorado Rockies bandwagon, please remember to close the door? Details, after the jump.

"It should never have got to this point." That was probably the comment of the night, said by Mrs. SnakePit when the Rockies had the tying run in scoring position in the ninth with one out. And it's fair comment, for Arizona were 8-2 up after six, and still had a four-run lead going into the final frame. However, nine walks were issued by the Diamondbacks this evening - we haven't handed out that many free passes in a regulation game and still won, in almost exactly seven years. Oddly, in that last game, we were also playing Colorado, and Arizona came out on top by a single run. But before we get to the return of the Bullpen of Horrors, let's start with our starter.

Kirk Gibson exhibited an uncharacteristic quick hook this evening, yanking the carpet out from Ian Kennedy after only four innings, before he could even qualify for the win. In some ways, I can understand it, as Kennedy had thrown 84 pitches already by that point, and shown some uncharacteristic wildness walking three batters. However, he had only allowed one run, and the Diamondbacks were only 2-1 up at that point. Kennedy will get one last crack at getting his tenth victory next week, in San Francisco. He didn't appear to be too happy sitting in the dugour after being relieved tonight, however.

If last night's bullpen performance was a mixed bag, this evening was Dr. Jekyll and Mr. Hyde. Coming in with a 3-1 lead for the fifth, the first two batters faced by D.J. Carrasco reached, with an interference error by Stephen Drew putting men on the corners with no outs. He did allow a sacrifice fly, but a double-play prevented further damage. Carlos Rosa was generally solid, in the sixth... Then Esmerling Vasquez happened. He threw 30 pitches, 18 of them out of the zone, and walked the bases loaded with two outs (that's eight BB to the last 18 hitters he has faced). Enter Blaine Boyer, who promptly allowed a grand-slam to Carlos Gonzalez, making a game of it again, at 8-6.

What I want to know is, with left-hander Carlos Gonzalez at the plate and the bases-loaded, why did Cap'n Kirk opt for Boyer rather than our LOOGY of late, Mike Hampton? It seemed like the exact moment for which you have a LOOGY, and it wasn't as if Hampton was burned out - sure, he'd appeared yesterday, but threw four pitches, having had the previous couple of days off [in six appearances for us, he has a total of 31 pitches]. And to go with Blaine Boyer instead? I think Gibson must have been holding the pitching chart upside down, apparently not realizing that lefties this year hit Boyer at a .343 clip. This kind of gaffe makes me genuinely fear for the future.

Aaron Heilman restored order with a perfect eighth, but was seen in the dugout drinking a smoky potion, before clutching his throat and falling out of sight. That's the only explanation for walking the first two batters faced in the ninth, despite a 10-6 advantage, and Juan Gutierrez was brought in for a save situation. Another walk loaded the bases for... yep, Carlos Gonzalez. At least this time he stayed in the yard, but drilled a two-RBI single to right, then swiped second, representing the tying run. After just missing a home-run down the line a ground-out from the Big Tool made it a one-run game; Juicerambi was walked, and Gut finally got the third out with a swinging K. Phew.

That was a lot closer than it should have been, and we have an offensive outburst to thank, as the Diamondbacks got 14 hits, the most since August 26. Stephen Drew, Kelly Johnson and Cole Gillespie each had three hits, Adam LaRoche a couple, while Chris Young had a hit and two walks and Mark Reynolds a couple of walks. Special K was, however, held hitless, meaning his average for the season sits at .200. Drew had four RBI and finished a double short of the cycle, with his 14th home-run, while Johnson and Young hit their 25th and 26th long-balls respectively. Thank heavens for that. It took 3:48, but the win and the sweep made it worth it. Fangraph? 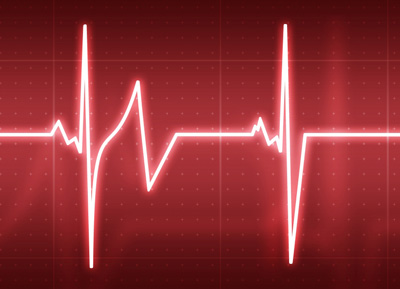 I must confess, I am a little surprised that after the sixth inning, our win percentage never dipped below 75%. It certainly didn't feel like that in the ninth. But it makes me wonder about all the little things which happened earlier on in the game, like Troy Tulowitzki unwisely deciding a fly ball to center was not going to nestle in CY's glove, and getting double off first as a result. At the time, the double-play only added 2.5% to our win percentage; in hindsight, the Big Tool's gaffe could conceivably have changed the entire outcome of the game. Hahahahaha!

sheet shows a triple. (I kind of dig that joke.)

A very pleasant sweep of Colorado means we fight them to a stand-still 9-9 over the season. Next up, the last home series of the year, with the Dodgers coming to town. I could get used to this winning thing.