Share All sharing options for: Diamondbacks 7, Padres 4: It's Raining... Wins 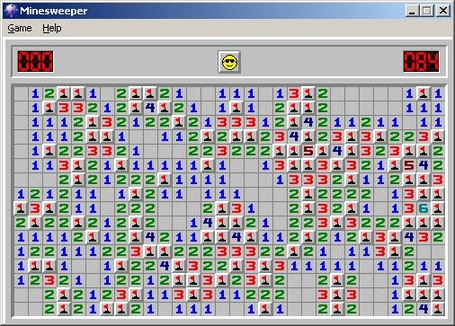 That's how it feels.
Follow the jump for more good feelings.

The Diamondbacks have now scored six or more runs over the past six games, averaging 8.2 runs per game during that stretch. They capped off their wonderful August with a 16-13 record while scoring 5.1 runs per game for the month. Needless to say, it feels really good. With a chunk of our remaining games against either division leaders or playoff hopefuls, it'll be fun to spoil a few more smiles along the way.

Ian Kennedy had a somewhat sloppy outing but did what he needed to do to help secure the win. Most of his problems came in the first inning when the backbone of the Padres lineup struck early. A pair of RBI hits from Adrian Gonzalez and Ryan Ludwick put the D-Backs down by two before they had even taken the plate. Much like yesterday's game, though, it didn't take long for the Diamondbacks to answer back.

Miguel Montero lead off the second inning with a single, knowing that Mark Reynolds would take care of business from that point on. Right on cue, Reynolds launched his 32nd home run of the season to the right field bleachers... beyond the pool. He is now tied for third among the NL home run leaders and is only three shy away from first place. He also has himself in a prime pouncing position to play spoiler in the triple crown sweepstakes.

Kennedy had another hiccup in the fourth inning when Nick Hundley hit one off of the centerfield wall, plating the vegetable. San Diego gained the lead once more, but again, it would be short lived. Then the monster jam of the fifth inning happened. There really is no better way to explain it than to simply post the play-by-play:

You know life is good when the pitcher bats twice and is only responsible for one of the outs. It's also important to take note of the fielder's choice by Ryal. With a double play looking like a sure thing, Drew managed to break up the play with a great (and clean) slide into second.

The rest of the game was like butter until a late stumble by Sam Demel opened the door for a potential San Diego rally. The task was too tall though and Juan Gutierrez diminished the remaining threat with only minor damage and recorded his fifth save. Kelly Johnson ended up being the only position player to not get a hit during the game. This may have been caused by a certain song that was being played. More on that in a bit. Meanwhile, Miguel Montero and Ryan Church had the pleasure of a multi-hit game while Johnson and Reynolds had the pleasure of a multi-walk game. 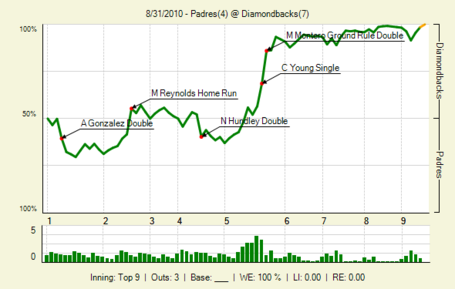 Not a single comment turned green so there is no comment of the night award. However, the award for prank of the night goes to Adam LaRoche (along with whoever else was involved) for changing Kelly Johnson's song to "It's Raining Men" by The Weather Girls. It was a fun prank at the expense of Kelly and the dugout enjoyed all three occasions when it was played. Johnson's reaction each time was priceless.