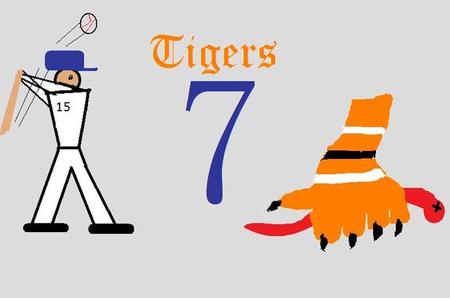 Hah! The Diamondbacks scoff at the Tigers' streak. Never mind seven, we have fourteen in a row! Woo-hoo! Hey, if we're going to suck, let's at least suck at record levels. Another defeat last night - thank you, pitching staff - or, as we call it in Arizona, "business as usual." Here are the gory details, and after the jump, the other stuff, including a game in our minor-league system, which shows it's not just the D-backs' bullpen that blows chunks...