First Thoughts Towards a 2011 Roster

Share All sharing options for: First Thoughts Towards a 2011 Roster

As our slim chances of this season going anywhere continue to evaporate faster than Lindsay Lohan's sobriety, the thoughts of Diamondbacks fans inevitably turn towards the future. Unspecified "changes" have been promised by the team management: while we wait for details of these, let's speculate on what the composition of the 2011 Diamondbacks roster might be. Note: this is based on players currently available to the team, because it is basically impossible to project what we may receive in terms of a return, for anyone we trade. Obviously, those we receive will factor into the make-up of the actual roster.

There's a trio of significant changes here. Adam LaRoche is gone - one way or another, with the most likely method being a trade of him in the near future. Failing that, he's a free agent at the end of the year, and his production here has been merely tolerable for $4.5 million - an OPS of 102 for a first-baseman doesn't exactly scream "Re-sign me!" Is Brandon Allen ready to replace him? He got off to a very slow start to the season in Reno, in part because he was dealing with a shoulder issue. However, he seems to have been better since his return from the DL: while his BA is only .256, he has 16 walks to nine strikeouts, giving him a .458 OBP and a .993 OPS.

Kelly Johnson or Stephen Drew? Though Johnson is a year further into his career - 2011 will be his third and final arbitration season, compared to Drew's second - he will still likely have greater value. This season, he earns $2.35m, while Drew is getting $3.4m, and even if he gets a significant bump due to his production this year, would seem to be a better investment. With Tony Abreu able to replace either, trading Drew while there is still two years left on his contract would appear to provide the most potential return.

Whenever mrssoco falls for a Diamondbacks' left-fielder, it appears to be a doomed relationship - see Eric Byrnes, Trent Oeltjen and now, it seems, Conor Jackson. The team still controls Jackson next season, but if they had to make a decision right now, it would seem questionable as to whether they would want to offer him a contract. He will likely earn $4-5 million next season, in his last year of arbitration. While we recently discussed the reasons, some of which are outside CoJack's control, for his lack of production, he will need to improve radically for the rest of the season to justify his spot in 2011.

It's one spot where we do not appear to have an immediate replacement. Cole Gillespie has performed the best of the contenders this season, with an OPS+ of 96, albeit in only 42 PAs. Gerardo Parra has seen most of the "fourth outfielder" playing time, but an OPS+ of 73, even though that's carefully protecting him from facing left-handed pitching (two PAs vs. LHP this year!) does little to suggest he is ready for a full-time job. Rusty Ryal is a possible contender, though his lack of experience, at both major- and minor-league level, would seem to make him less suitable for this role.

I fully expect us to have traded Chris Snyder between now and next Opening Day; and John Hester has not exactly torn things up in his opportunities this season. Offensively, he is hitting just .188. and defensively, he is perhaps even worse. To date, Hester has allowed sixteen wild pitches in only 117.1 innings - that's one every 7.3 innings, compared to an NL average of 27.3. And he has also allowed 15 stolen-bases without throwing anyone out. Given he's already 26, can we expect much improvement? There's Carlos Corporan down in Reno, but I'd go with Konrad Schmidy, currently hitting .310 down in Double-A.

On the infield, I don't think we'll see Augie Ojeda back next year. He may have been cheap, at $825 K, but he is on pace to get just six starts this season, and that just doesn't seem like a credible use of a roster spot. I wouldn't mind keeping our R-men about for next season though, and they should get a bit more playing time, with Abreu starting everyday at short-stop, and Parra can still get some playing time in the outfield, where his flexibility makes him usable at all three positions. There would still be one bench spot available: I'm thinking a veteran 1B/3B type - there's quite a few potential free-agents.

At a cursory glance, the DIamondbacks would seem to be in great financial shape for next season. After all, there's $20 million available to be spent, freed up by the end of the Eric Byrnes Show contract, and the almost-certain departure of Brandon Webb. However, the truth is, the vast majority of that cash is already spoken for, in increases due to those already under contract. Haren and Reynolds get $4.5m more; Jackson $4.15m; Young $1.75m; Snyder $1m. That's $16 million already, and then there are arbitration increases for the likes of Montero, Drew and Johnson. Even if we trade away Snyder, you can probably consider the vast bulk of the $20 million spent.

Still, I would tend to want to hang on to Haren. Even at $12.75 million, as he's due for next year and 2012, that's by no means extortionate, assuming he is the pitcher he has been on average since coming here (an ERA+ of 132), and with a June ERA in three starts of 2.08, there's signs he is returning to his best form. That's the kind of ace round which you can build a rotation, and if Ian Kennedy can continue to develop in the fine way he has shown to date - a 142 ERA+ - then that would be a solid 1-2 punch, even without Webb.

Will Parker be part of the 2010 rotation? He's currently rehabbing from Tommy John surgery which took place last October, but it seems to be going well so far, with the 21-year old right-hander hoping to get back into minor-league games in August. All things being equal, he'll probably throw in the Arizona Fall League to get some additional innings in, and then compete for a rotation job in spring-training. The #9 overall draft pick in 2007, he hasn't pitched above the Double-A level to this point, but his mid-90's fastball and good secondary pitches have drawn comparisons to Roy Oswalt. That'd do.

At the back of the rotation, I wouldn't be averse to seeing Rodrigo Lopez re-signed for another year, at the right price. He has performed pretty well, all told - especially given the low cost and the fact that he was basically a reclamation project for Josh Byrnes. This also assumes that the wildness of Dontrelle Willis proves to be something which is not curable; I'm a good bit less optimistic about that possibility after his second start, than I was following his debut at SnakePitFest 3, and think he'll likely end up being allowed to go his merry way at the end of the year. 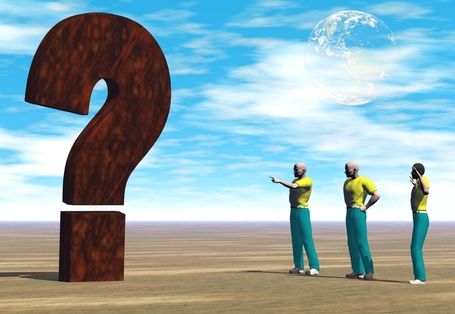 No, really. I haven't got a frickin' clue. We have currently got exactly two relievers who have posted an ERA under six for the Diamondbacks this season. Those are Aaron Heilman and Esmerling Vasquez, and the former is a free-agent at the end of the year: I think there will likely be quite a demand for his services, given a 2.83 ERA for Arizona. The same is unlikely to be the case for Chad Qualls, who just hasn't seemed right (to put it mildly) since his knee injury. The guy we were perhaps looking to replace Qualls as our closer in 2011 - Juan Gutierrez - has an ERA of 9.22 in 23 games, and seems fit purely for working the Home-Run Derby at the All-Star Game.

Looking down at Triple-A, there isn't looking to be much bullpen help riding to the rescue from Reno. The only two relievers with more than twenty innings pitched and an ERA under 5.50 there, are Jason Urquidez (4.24 ERA) and left-hander Jordan Norberto (4.43 ERA), the latter of whom has already been tried and found wanting at the major-league level, having walked six people in three innings of work. Still, he's only 23, and perhaps he might be better in 2011 with another year of seasoning?

If we dig deeper into the organization, looking for nuggets, help again seems some way off. Bryan Woodall, down at High-A Visalia, has the best ERA, having allowed one earned run in 30.1 innings of work there - a 0.30 ERA. Class-A South Bend has a couple of interesting bullpen arms - and names! - in Christopher Odegaard and Diogenes Rosario, with ERAs of 2.77 and 2.78 respectively. And, a little higher, Reid Mahon seems to have the best numbers in the AA bullpen, with Roque Mercedes also posting a decent line. Will any of them be able to help the major-league roster in 2011? We'll have to wait and see.