Well, the word is out. The Diamondbacks can only hit fastballs. After the domination inflicted upon us by Chad Billingsley and his curveball last night, a rookie making his third major-league start completely de-fanged the Snakes, armed more or less entirely with a good change-up. And after the offense had finally arisen from the dead against the Dodgers' B-bulpen, to make it a one-run game, Juan Gutierrez and Daniel Stange might as well have gone round lighting the enraged mob's torches personally. For they were responsible for a seven-run eighth inning, blowing any comeback chance for Arizona, who slumped to their fifth loss in a row.

Mercifully, I do not need to cover any more of this garbage until Saturday.

Fangraphs.com has an interesting chart which measures teams' productivity based on pitch-type, and there is a stark illustration of the team's issues at the plate. Here's where the Diamondbacks rank for each pitch-type in the National League:
Cutter: 1st
Fastball: 2nd
Curveball: 5th
Change-up: 13th
Slider: 14th
Spit-finger: 16th

And given this, is it any surprise the D-backs are getting the fewest fastballs of any team in the league? So far, only 52.2%, compared to a league median of 58%. And of late, it's been even lower: in May (not including this evening), the percentage had shrunk to 49.6%. The difference is made up in sliders (23.2%) and change-ups (12.7%), second-most in each category. We all know what the results have been, and we can expect it to continue: a steady diet of off-speed stuff, until the Arizona hitters prove otherwise.

They certainly didn't tonight. Through six innings, we had managed only four hits, all singles, off John Ely, a man unknown to his team-mates only a couple of weeks ago. The struggles continued in particular for Conor Jackson and Chris Snyder: Jackson went hitless, and is 2-for-13 with one walk since coming back of the DL, while Snyder has gone stone-cold in May, going just 3-for-27 this month. I'm beginning to yearn for the return of Miguel Montero, who is at least now hitting off a tee.

Then there's the bullpen. Tomorrow, I want to see Juan Gutierrez and Bob Howry diagnosed with illnesses (entirely fictitious if necessary - or better yet, involving their kneecaps and a crowbar) and send them anywhere that is in no way connected to the major-league roster. Call up, say, Billy Buckner and Carlos Rosa. Or anyone with a frickin' pulse, because that's apparently sadly missing from the current incumbents. There has already been been a hitting coach fired in the majors this year; let's jump on that bandwagon, and get rid of Mel Stottlemyre Jr. too.

Because our bullpen ERA is now 7.55. You thought they were bad last month? In May, they have worked only 27 innings, yet have allowed THIRTY-FOUR runs on 38 hits, including seven home-runs, and 17 walks. Tonight, it was a mere 2.2 innings, with the Dodgers accumulating nine hits and four walks, resulting in nine runs, seven earned. Dan Haren got tagged with the loss, despite being only the second pitcher since 1986 to record nine strikeouts over the first three innings. However, he was notably less successful the second and third times around the order, and ended with another mediocre line of four runs on ten hits over 6.1 innings.

Arizona briefly threatened to come back in the bottom of the seventh, after Ely was pushed from the game - we had only had got one man in scoring position until back-to-back singles sent Joe Torre out with the hook. Chris Young had an RBI single, but Snyder and Rusty Ryal were badly embarrassed by Jeff Weaver, before Kelly Johnson made the score 4-3 with a double to left-center, that drove in two runs. However, Jackson grounded out weakly to the shortstop, and seven straight Diamondbacks went down to end the game, though after the top of the eighth, when LA sent 12 men to the plate, it hardly mattered. Here's the Fangraph: 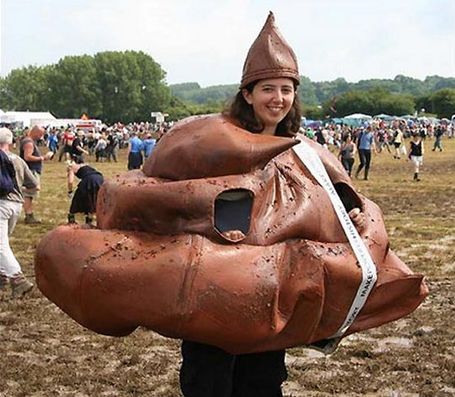 Not a Happy Gameday Thread. I was forced to release the F-bombs for the first time in a long while, and it seemed to help release the tension. 'Skins, justin1985 and 'charmer were the top trio, all cracking three figures: also ****ing up this ***ing pile of **** were Dallas D'Back Fan, pygalgia, kishi, brian custer, Clefo, dima1109, BattleMoses, emilylovesthedbacks, katers, luckycc, Rockkstarr12, hotclaws, 4 Corners Fan, mrssoco, AJforAZ, IHateSouthBend, piratedan7, ZonaBacks10, Wailord, eel, Azreous, Turambar and SeanMillerSavior.

I am so glad I do not have to watch this team until Saturday. If you want me, I'll be in my room.