It's fortunate that yesterday's game was just an inter-squad scrimmage and wasn't, like, y'know, a game to which Diamondbacks fans were charged attendance or anything like that. That would have sucked... 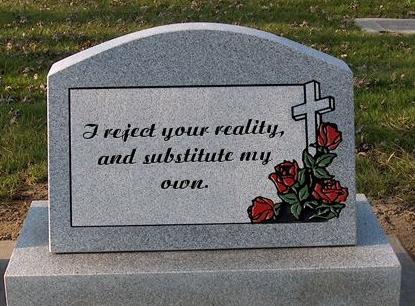 Purple Row were obviously happier, crowing that this "wasn't the end of the Rockies' reign of terror" over Arizona in 2010." I do tend to think that the first game of spring training may be a little premature for reaching such conclusions, so I'll be storing that one away for potential future use. Today's lineup and other stuff after the jump.

In any case, we will certainly be hoping for a good deal better, in just about every area of the game, from the Diamondbacks today. Not only is it their first trip to the Valley, it's also against the Cubs, and the prospect of such a result as yesterday against them just doesn't bear contemplating.

Scheduled to pitch today after Haren: Wes Roemer, Clay Zavada, Jordan Norberto, Bryan Shaw, Esmeling Vasquez, and Aaron Heilman. Couple of notes on the less familiar names. Andres Apolomo Macias [which has to be one of the better names in camp this year] has been a fringe player with the Padres the past three years: he's never got more than 90 PAs in a season, and has a career OPS+ of 85. Sunday will be his 27th birthday. Shaw was our second-round pick in 2008. He spent last year at High-A Visalia, posting a 4.70 ERA in 107.1 IP - seems a bit wild, given 40 walks, eleven hit batters and eleven wild pitches in that time.

Couple of links of interest. Steve Gilbert has some notes from yesterday's game. You may not want to relive it, unless you're masochistically inclined, but he was there and I just had the box-score to work off. Derrick Hall had his monthly chat with fans. Perhaps the most amusing bit was him answering the question, "What do you think about losing Eric Byrnes?" without using the words "Eric" or "Byrnes" at any point in the response. I think we need to start a campaign to retire the number #22 - just to avoid being accidentally reminded of him in future... And please check out Greg Salvatore's good series of articles on the signing of Justin Upton. Greg makes that case that, "The 2005 Major League draft might end up being to baseball what the 1984 draft was for the NBA."

This afternoon's game is not even on radio, so suspect this will be a litmus test for the viability of general spring training threads. Trying to follow yesterday's contest through the scoreboard on MLB.com was a chore: allegedly "live," it had more in common with a certain Norwegian Blue parrot, in that it wouldn't "voom" if you put fifty thousand Volts through it. If that's why we have to rely on, it's going to be hard to sustain any kind of in-game commentary, but we'll see.