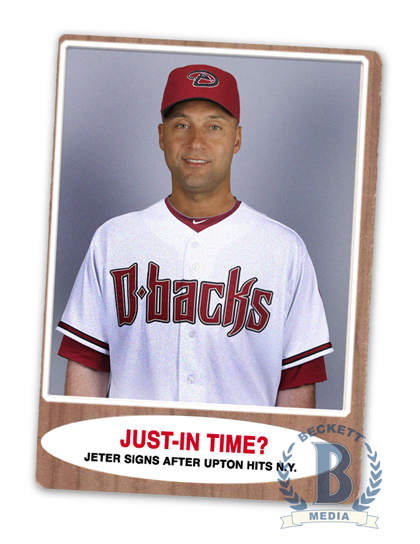 Another piece of the puzzle which is the 2011 Diamondbacks appears to have fallen into place, with the signing of Wily Mo Pena to a split contract. Chit chat on this, non-tenders, and the inevitable Justin Upton trade rumors are below and/or after the jump. As well as an explanation for why Derek Jeter is sporting Sedona Red.

And speaking of which, credit for the picture on top of the article to The Beckett Blog, which mocked up baseball cards showing Derek Jeter in uniforms of all the major-league teams. Y'know, just in case... :-) Though even the mere thought of Jeter in an Arizona uniform makes me want to throw-up.