There once was a man from Nantucket ... I'm not sure what that has to do with a vintage base ball recap, but mrssoco said I should write that, and so I did. Going back on-topic, the Arizona Territories Vintage Base Ball League had its second weekend of competition this year. Snakepitters were found at a four team get-together out by University of Phoenix Stadium wherein the home team Glendale Gophers and the locally-based Bisbee Bees each played the visiting Bisbee Black Sox and Tucson Saguaros. Snakepitters DbacksSkins and Clefo play for the Saguaros, while soco and BattleMoses play for the Gophers. DbacksSkins also subbed and played CF for the Black Sox against the Bees, and kishi subbed and played 3B for the Sox against the Bees and Gophers. The level of play this week was mostly more taut than the previous weekend. I'll leave it to the players to talk about the games themselves (I'm trying to forget the scores, quite frankly), but I wanted to post some pictures I took. 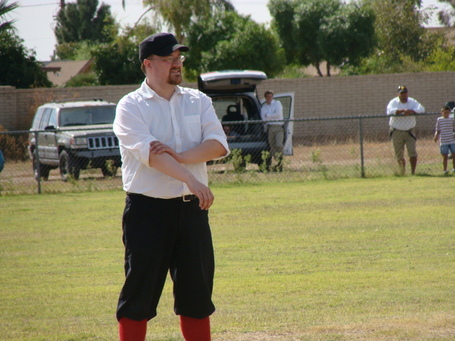 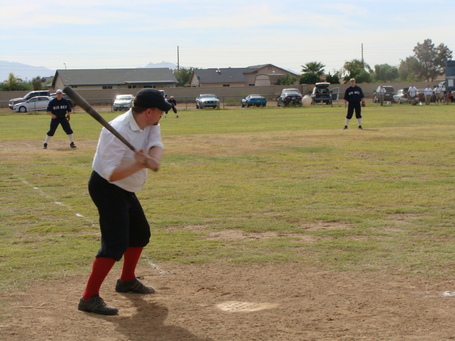 Kishi playing 3B and at bat for the Bisbee Black Sox. 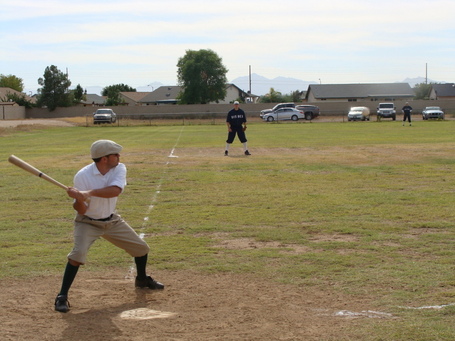 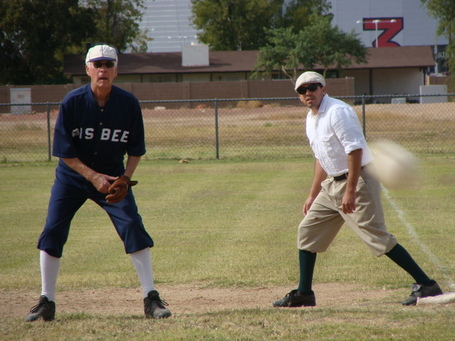 DbacksSkins at bat (and on base!) against the Bisbee Bees. 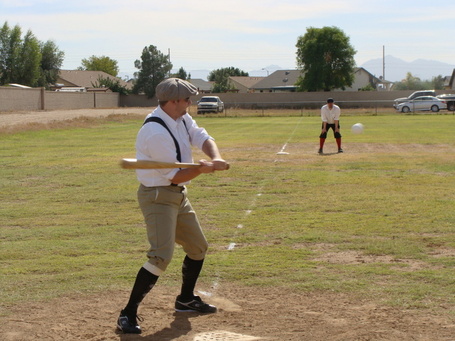 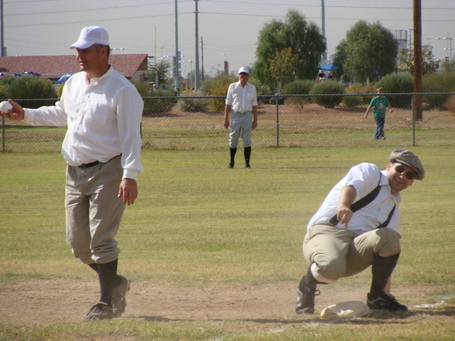 Soco at bat and on base against the Bisbee Black Sox. 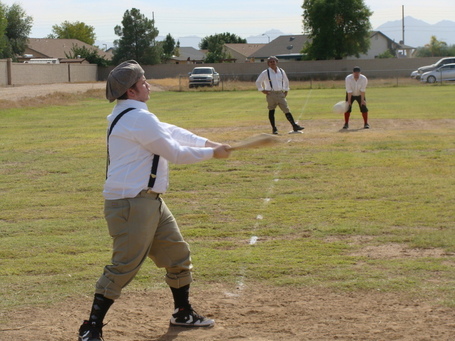 BattleMoses at bat against the Black Sox and Kishi playing 3B in the background. 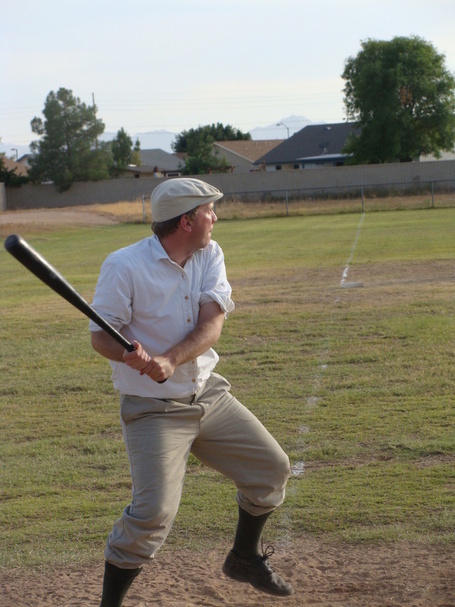 Clefo at bat against the Gophers. 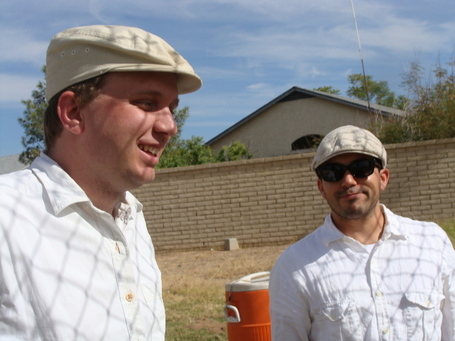 Clefo and 'Skins in a break between games. 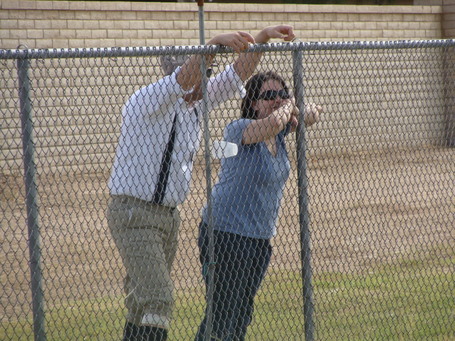 Soco and mrssoco during the Gophers game. 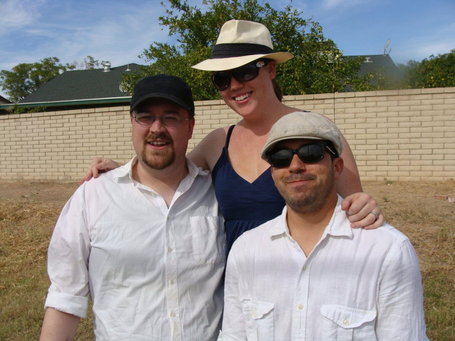 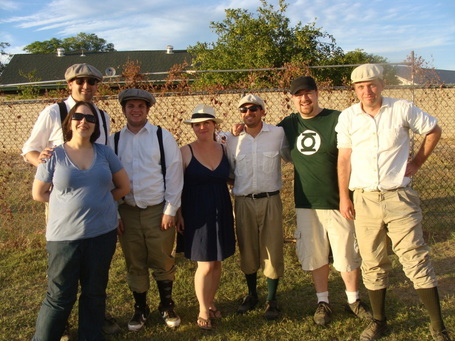