Share All sharing options for: ZIP it... ZIP it good... - How ZIPS projects the 2010 Diamondbacks 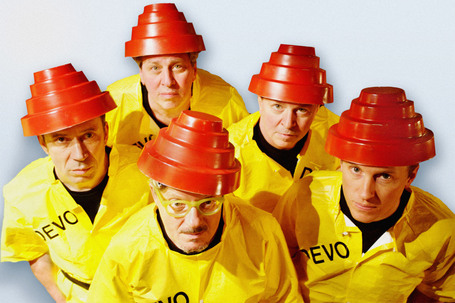 As Zephon mentioned yesterday, Dan Szymborski's ZIPS system has come out with its 2010 numbers for Arizona. It's the last of the "big four" public projection systems [Bill James, CHONE, Marcel, ZIPS] to go to press, so that means I can begin work on the Communiry Projections. Those will be starting after I finish the 2010 preview by position series, so likely about when pitchers and catchers report. For the moment, however, let's just extract the basic numbers and see what ZIPS has to say about our everyday players next year

The good news on first eyeball is, ZIPS projects six everyday players to have an OPS+ of 100 or better in 2010. This would be a marked improvement on last season, when we had 3 1/2 there - Mark Reynolds, Justin Upton, Miguel Montero, with the half being Ryan Roberts. The first three are projected to repeat, though the numbers for the trio all show a slight regression, of between three and ten OPS+ points. This is something njjohn mentioned with particular regard to Upton, in the RF preview piece: all the projections for him see Upton slipping. I think it's because - and this goes for Montero and Reynolds too - 2009 was his first "good" season, and the ones prior to that still carry enough weight to drag down the numbers, countering the expected aging improvement.

Joining them in the 100+ club, ZIPS says will be our two new arrivals, Adam LaRoche and Kelly Johnson. The former is projected to bounce back almost exactly to the 2008 level, with ZIPS believing last year to have been an aberration. After two consecutive years of 122 OPS+ for LaRoche, Dan hardly sticks his neck out when he predicts a figure for Adam in 2010 of...122. Particularly encouraging, ZIPS also expects Conor Jackson to make a strong recovery from valley fever, and return to the kind of numbers produced from 2006-08. This joins the other systems, which have similar OPS expectations to the .798 from ZIPS [in the range .783 for CHONE to .806 for Bill James].

No great surprise that the two players not projected to reach 100, are Stephen Drew and Chris Young, though there is some scope for optimism with both. Drew's projected OPS+ of 93 is a mild uptick from 2009's figure of 89, and Chris Young's 90 would be ten points better than the 80 he delivered last year [and give Zephon a good chance of winning his bet]. What we are seeing here, on both ends, appears basically to be ZIPS projecting regression towards league average: good players will tend to get a bit worse, while bad ones will improve. Anyway, here's a chart for the eight anticipated "everyday" players, along with their 2009 OPS+, and also the OPS we got out of the position as a whole last year.

Caution needs to be exercised comparing 2009 Position Production and 2010 Player Production, because the latter does not take into account production in games when our "everyday" player is replaced by someone off the bench - whether due to injury, rest, etc. Such outings would mean that the overall production from, say, 1B is likely to be less than 162 games of LaRoche.  That said, the numbers suggest big improvements are projected in 1B, CF and LF, with marginal upticks at SS, 3B and RF, while 2B and C should be there or thereabouts with their 2009 numbers. Again, this is based on the players in question performing to expectations and getting the great majority of starts.

Speaking of the bench, it's a bit up and down. Ryan Roberts and Chris Snyder both project at an OPS+ of 95, which isn't too bad. However, Gerardo Parra is only at 88, hardly a breakout season over this year's 85 - Dan also gives Parra an 80% chance of being in the bottom twenty percent of left-fielders. ZIPS is also fairly bullish on Jeff Bailey, though not quite to the same extreme as CHONE, and Augie Ojeda's value will continue to be almost entirely from his glovework.

In the pitchers, the one that stands out is Dan Haren For Cy Young. 17-7 and a 3.04 ERA, with an ERA+ of 155? For comparison, Timmeh the Toker is projected for an ERA+ of 162 when not hitting the bong; with just three teams left to do, Lincecum is the only pitcher to date better than Haren. I'll happily have another cup of that particular Sedona Red Kool-Aid. ZIPS is also fairly optimistic about Brandon Webb's return, though last season has, obviously, led to a drop in his projected starts to 26. It is also worth noting that Webb, over 2007-08, outperformed the estimates of seven of the eight projections, performing an average of one-third of a run better over the two seasons.

Edwin Jackson gets an ERA+ of 117, giving us a solid 1-2-3 at the top of the order. [Though ZIPS like Max Scherzer even better in Detroit, albeit over fewer innings - 3.70 ERA in 112 IP] After that, there's a bit of a drop-off, no-one else being projected as a starter has an ERA+ better than 95 - though that is probably close to league-average for a starter [relievers generally have a higher ERA+ as a group]. Curiously, ZIPS says Rodrigo Lopez would be the best pick as #5, with an ERA+ of 94, but there is basically little or no difference between him and Bryan Augenstein (93) or Billy Buckner (92). [Correction: There's a minor typo in the BTF piece: Augensterin's ERA+ is actually 96, but there's still not a clear difference between the trio] The table below lists the six pitchers who made five or more starts for Arizona last year, and the top six, by ERA+, as projected by ZIPS.

Just for amusement, let's sum the numbers for those six starters - ZIPS is somewhat uninterested in playing time estimates (as Dan said in a comment here yesterday, "Figuring out who’s going to actually play isn’t really a job for a projection model"), but it has the 2010 top six down for 152 starts, very close to the 154 by the top six in 2009.
2009: 154 starts, 927.1 IP, 4.16 ERA, 47-61 record
2010: 152 starts, 911.2 IP, 4.03 ERA, 57-46 record
A combination of better starting - especially out of the #2 spot and at the bottom of the rotation - and more runs being scored in support, clearly helps. If Buckner (or whoever mops up the remaining ten starts) and the bullpen can go .500, that's give us 86-87 wins. As another yardstick, five teams got a better W-L record than +11 out of their starters in the NL last year. Four of them made the playoffs (the exception, Atlanta's 65-49 rotation). So, if not quite there, it' certainly would be a step in the right direction for the Diamondbacks.

Finally, there's the relievers. At first, I was stunned to see us with no less than eight relievers posting an ERA+ of over 100. What a turnaround from 2009. Er...not really. Of the eight relievers to throw 25+ innings for Arizona in 2009, seven ended the season with an ERA+ of better than a hundred, and the eighth was Leo Rosales, at 96. Yes: I know it didn't seem like that at the time, but particularly in the second-half of the season, our bullpen was actually not bad at all. However, I'll get more into that when I reach them in our 'preview by position'. For now, however, just don't get over-excited by the ZIPS projections.

My enthusiasm is dampened even further by the realization that one of the over-100 crowd listed is Bobby Korecky, who seems to have dropped off the face of the Earth since the end of the season, and was presumably listed for us, in the absence of anywhere better to put him. Meanwhile, not listed is Zach Kroenke, our Rule 5 LOOGY, who has to be kept on the roster, yet whose ERA+ is projected to be slightly worse than...Tom Gordon. On the other hand, ZIPS likes Aaron Heilman and Bob Howry a good deal more than CHONE, which valued them as a collective "Meh." Howry, in particular, does a lot better: ERA here, 4.09, compared to CHONE's 4.72.

As with all projection systems, ZIPS isn't perfect and these numbers should just be taken as another piece in the puzzle. Bear that in mind when discussing these. But as Szymborski says in his introduction, "There's enough of a core here, with some things going right, to be a player in the wild card race." Here's to that.