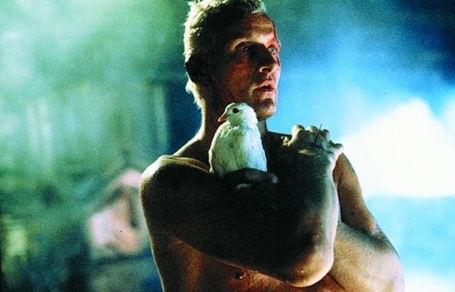 Before going any further, all hail the miraculous Netherlands baseball team, who beat the Dominican Republic this evening for the second time in a few days. Their first win was astonishing enough, but to send the DR - Ortiz, Hanley Ramirez, Reyes, Tejada, Martinez and so on - home with another defeat, is now among the all-time biggest sporting upsets. It's up there with the United States beating England at football 1-0, Buster Douglas beating Tyson; Argentina over the Dream Team. Everything looked lost for the Dutch side, after having held the DR scoreless for ten tense innings, after an error let Jose Reyes score all the way from first. But, incredibly, the man who committed the gaffe then drove in the tying run off Carlos Marmol and scored the winner on an error.

I have a lot of time for the Dutch, going right back to my first trip there as an 18-year old when... Well, let's draw a veil over the specifics, but let's just say it proved memorable. :-) Ultra-cool people from there include Rutger Hauer (above), among our favorite actors, and Paul Verhoeven, among our favorite directors. As I sit here, I am currently drinking another fine Dutch product, a bottle of Heineken. MC Escher, who does all those optically-bemusing pictures, is another, as is Lucia Rijker, "The Most Dangerous Woman in the World." Add to the list of all these fine people and products, the 2009 Dutch baseball team, who were written off by all before their first game, and again before tonight. To them, I raise my cold Heineken, and say "Proost!"

Frankly, that was a good deal more inspiring than another weak Diamondbacks pre-season loss this afternoon. Brandon Webb made his first start in the Cactus League, and struggled with his control, throwing seven straight balls to open the game, and walking three in three innings. He allowed four hits and three runs, though did strike out four LA batters, and the overall results were better than he had last week, against Mexico. Webb wasn't too fazed: "When I got on top of the fastball down in the zone it was really good. Curveball was good, but the changeup wasn't there at all. I spiked probably five of them and threw one good one. Blake jumped on a first-pitch fastball, but other than that it went well."

Scott Schoeneweis put two on in the fourth, before escaping, but Jon Rauch surrendered a two-run homer in the fifth, and continues his spring struggles. Two hitless innings from Yusmeiro Petit followed - that sound you hear is shoe's head exploding - but Brooks Brown completed the Dodgers' scoring, allowing three hits and a run in the ninth. Another game we were losing after five innings - our record is now 3-8 there. Offensivesly, Chris Young had a double and a walk, Evan Frey a triple and a walk, while both men stole a base, along with Ryan Roberts. Cyle Hankerd added a meaningless solo homer with two outs in the ninth. Meh.

Nick Piecoro says Conor Jackson was left out of the lineup due to a bruised shin suffered when he fouled the ball off his leg. Off-day tomorrow, so that should see him on the mend. Doug Davis played catch again and is on track to throw a bullpen tomorrow or Thursday. Max Scherzer threw to minor-league hitters today, and will probably do so one more time before getting into a proper game, all being well, some time next week. But the prize for Best Snark goes to Steve Gilbert,, who wrote that they are opening Eric Byrnes Field in NW Phoenix today: "No word as to whether the bases are angled at less than 90 degrees so Byrnes would be able to run them."

Off-day for the Diamondbacks tomorrow, so I'll be posting the next in our Know Your Enemy series, covering the San Francisco Giants [Yeah, I'm saving the Dodgers for last, since I need to make sure my spot in the Witness Protection Program comes through].  Hopefully, it'll give 'Skins a chance to recover from whatever ails him, and will also give me a chance to catch up on the episodes of 24,  Breaking Bad and Life on Mars that will be lurking on the Tivo by the end of tomorrow night.