Share All sharing options for: The Good, The Bad, and The Hopeful - A 2009 Retrospective, Part 1 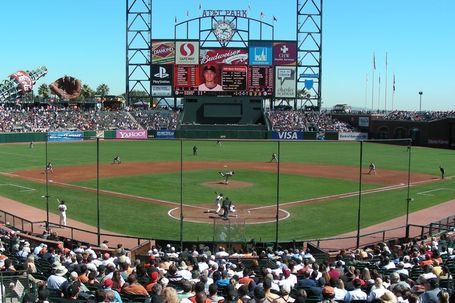 As fans of the Arizona Diamondbacks, 2009 was – overall – a miserable year. After a disappointing end to 2008, we all had hopes going into Opening Day that this year’s team would do better – it had to do better. The core of the team had returned, the new additions looked promising, and we could only hope that the young players would improve in their second or third years. Unfortunately, it became clear early on that this year’s Arizona Diamondbacks were in for a long and arduous season. The Diamondbacks didn’t win their 10th game until May 1st, and they would never climb out of the hole they had dug for themselves.

In the grand scheme of things, we fans are very lucky. We’re not out on that field struggling, we’re not spending our money trying to improve the team, and we can turn off the television or radio if we so choose. But the press corps that covers the Diamondbacks day in and day out has no such sanctuary. Daron Sutton and Greg Schulte are there for every minute of every game, describing every play, good or bad, for their viewers. Steve Gilbert and Nick Piecoro not only write about every win or loss, but they also go down to the trenches and talk to reluctant players, trying to squeeze out something new and interesting to pass along to the rest of us. They see everything, more than they’re ever able to tell. How do they really feel about the Diamondbacks’ performance this season?

I was very fortunate last week in San Francisco to get a chance to talk with Fox Sports and Diamondbacks television broadcaster Daron Sutton. I emailed some of the same questions to KTAR radio broadcaster Greg Schulte and Arizona Republic beat writer Nick Piecoro for their thoughts as well. (Note: as of this publication, I had not heard back from Piecoro; I hope he will respond in time for Part 2 tomorrow.) What follows is a review of the season from the eyes of these members of the press. This is Part 1 of 2, so be sure to check back tomorrow the remaining half of this story.

Every story has a beginning, and this one starts back in Spring Training. Coming off the 2008 season that saw Arizona lead the NL West for 136 game days – that last of those on September 5th – the Diamondbacks had work to do in Spring. Gone were Gold Glove second basemen Orlando Hudson, soon-to-be-300-game-winner Randy Johnson, closer Brandon Lyon, and bullpen stalwarts Juan Cruz and Brandon Medders. Jon Rauch, Tony Peña and Chad Qualls were expected to play more important roles in the bullpen, helped along by super-veterans Scott Schoeneweis and Tom Gordon. Felipe Lopez was signed to replace Hudson at second, and the combination of free agent Jon Garland and home-grown rookie Max Scherzer rounded out the starting rotation. It was the hope that the return of Eric Byrnes from injury and the continued development of Arizona’s young core would bring the offense back to life.

But even in Spring Training, the bullpen remained a concern. "I think what we all said collectively we were most concerned about heading into the regular season, was the fact that the bullpen wasn’t as shored up as it should be," said Diamondbacks television broadcaster Daron Sutton. Radio broadcaster Greg Schulte pointed out that the bullpen roles were well known. "Chad Qualls moved into the closer’s role, with Tony Pena becoming the setup man, and Jon Rauch moving into the 7th inning role." Even discounting the struggles of Scott Schoeneweiss and the complete non-factor of Tom Gordon, "There was enough experience in the pen to make it solid," Schulte said.

But it never materialized. Brandon Webb’s injury on Opening Day threw an immediate wrench into the pitching staff. Yusmeiro Petit became Webb’s replacement, but Webb’s departure deprived the team of "anywhere from 16 to 24 wins for the season," Sutton pointed out. Tom Gordon’s injuries and Schoeneweis’s off-field tragedy led to the call-ups of rookies such as Clay Zavada and Esmerling Vasquez. Jon Rauch amassed an ERA over 7 over the first two months of the season, and Tony Peña struggled in June and was gone by the All-Star break. 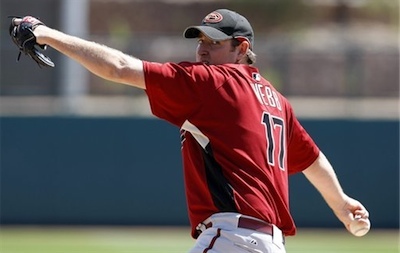 The other piece of the puzzle that was missing early on in the season, and also never really materialized, was the offense. Said Schulte: "After a strong April in '08, the offense fell off considerably, and the Diamondbacks were looking to rebound with the growth of their young hitters." Justin Upton started off the year in one of the most horrendous slumps imaginable. It took eight games to get his first hit, and 18 games until his batting average raised to over .200. Everyone was screaming for his return to the minor leagues, but once he reached that .300 plateau on May 10th, he never looked back. Chris Young, however, was not so fortunate. After falling below .200 on April 30th, he hardly looked up. Conor Jackson, Stephen Drew, and Eric Byrnes all hovered around the .200 line until at least June, but at least Jackson’s problems were (eventually) blamed on Valley Fever. 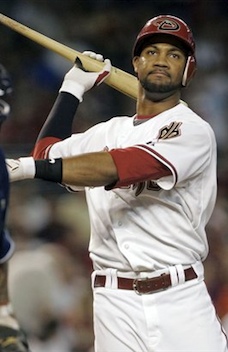 When asked about underperforming players, Sutton specifically mentioned Drew and Young. "The guy that I expected more from this year was Stephen Drew. I think he spoiled us last year – or did he? If I say he spoiled us, then this is the kind of player he’s supposed to be, this year. I hope he’s better than that." The same goes for Chris Young. "He’s had what he would say was a horrible season. Let’s hope that he is not that player because that’s not good enough. Hitting .230 in the big leagues every day, that’s not good enough. The days of the Gary Pettises in the outfield are long gone. You have to be able to contribute offensively."

On May 7th, the Diamondbacks lost a 1-run game in the 10th inning to San Diego. They came home from a 3-5 road trip sitting 8 ½ games out of first place with a new manager, a new hitting coach and a new pitching coach. Daron Sutton described the hard times. "I learned that when a manager gets fired, it’s really tough on everyone. I’ve never seen a distance, a communication gap, like I saw with the new manager and the current players. It was uncomfortable. The few days of struggles, I understand. We all have people that – they take care of us, now they’re gone, what’s going to happen? What followed for a few weeks after lays at the feet of those players, and only those players." It was a bold and dramatic move, one that the front office had hoped would spark some improvement. Three weeks later, the NL West rival Colorado Rockies did the same thing – and they turned it around. The Rockies were 14 games back when Jim Tracy took over for Clint Hurdle, and Tracy nearly led them to the division title. When asked about the comparison, Sutton said, "Jim Tracy had better and healthier players, and there’s just no doubt about it that they’re having better seasons. Simply put, Troy Tulowitzki this year is much better than Stephen Drew, and their outfield combination of Dexter Fowler and Carlos Gonzalez is better than Eric Byrnes/Conor Jackson/Chris Young." 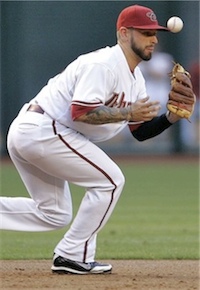 With the Dodgers off to a scalding hot start – they ran an 8- and 7-game winning streak against NL West opponents in April and May – and with the Diamondbacks’ early struggles, it was clear that the team wasn’t going to be contending for the division title. But was there any point at which the team knew that this wasn’t going to be their year? A point at which all post-season hopes went out the window and they just start playing for next year? "I don’t know if there is ever a time when a roster collectively has a meeting and says, all right, we give up," says Sutton, and it would never appear publicly that any team would actually do that. But to him, it seemed like the team reached that point in early June. "The team was almost embarrassing at times in May and June. The worst game of the year for me was the Angels game (on June 28th). It was the worst inning in the worst game of the year. That inning with those errors (5 runs on 3 hits and 3 Diamondback errors in the Angels’ 5th inning) and the dropped balls... that day certainly looked like they had [given up]."

Tune in tomorrow for the second half of this story - the "hopeful" half!